Looking to cut down on the amount you vape? I was too, so I tried a few experiments out and ended up cutting down my vaping by about 50%

If you, or someone you know, think you vape too much, perhaps it is time to make a change? Working from home means that I can vape pretty much whenever and wherever I want. But this can create issues. And the #1 issue is vaping too much, so I had to change something in my routine…

I tried a few things out, but the following things helped the most. I implemented them at different times, but collectively they helped to reduce my vaping by about 50% on a daily basis. So if you’re interested in reducing the amount you vape, read on for my #1 top tips…

My #1 Tips For Cutting Down on Vaping 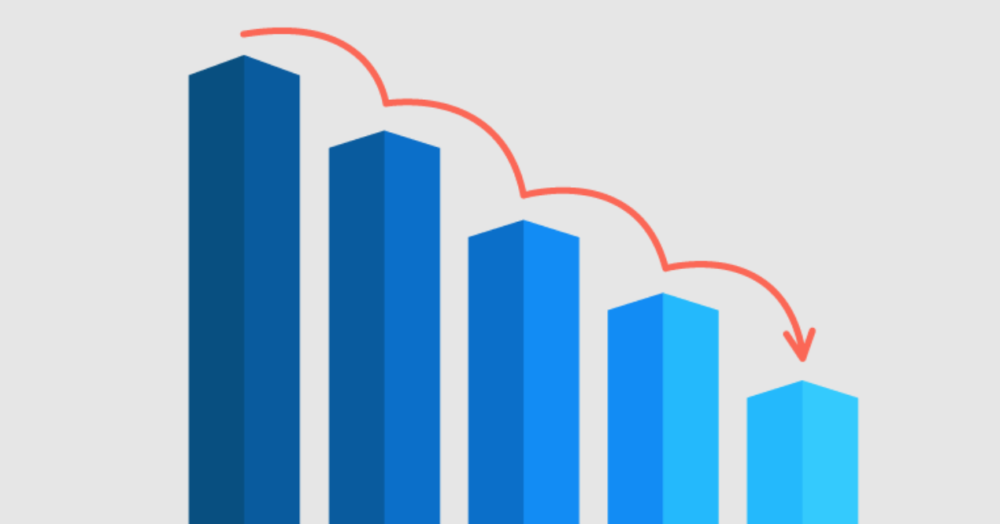 I kind of covered this is the opening paragraph. But I’ll expand on it now. When you work from home, you’re never on the clock. You can take breaks whenever you like and come and go as you please. It’s great. But my vaping had gotten out of hand because of this freedom. I was vaping way too much – in the bathroom, the kitchen, my office, the garage, wherever basically!

Something needed to change, so I made myself a rule: from now on, you can ONLY vape in one room of the house. And the room I choose? My office; it’s where I spend most of my time. I also like to vape when I’m working. This one simple tweak massively reduced my vaping, so if you’re looking to cut down just limit your vaping to one room in your home. It’s simple and, best of all, it works and is easy to stick too.

Side bonus: if your designated place of vaping is your office, it means you’ll spend more time there and get more work done!

This one’s a little controversial, but it works for me. I basically only use 35MG Nic Salts vape juice these days (this is my #1 juice right now if you’re interested). It’s stronger, it does the job, and, for me, it means I vape far less than I did when I was using weaker, higher VG vape juice. You will need a pod vape for this (I use this one) or an MTL tank and vape mod (this is the MTL tank I use).

You CANNOT use this kind of vape juice inside a sub-ohm tank or an RDA or RTA. The entire point of Nic Salts vape juice is to more closely simulate the sensation of smoking – that means less vapor and bigger nicotine hits. This is why you HAVE to use MTL tanks or pod mods that are MTL. Anything else will be too much and result in nausea and headaches. And you don’t want that.

#3) I Stopped Taking My Vape Everywhere

Since about 2013, my vape has literally gone everywhere with me. And I really do mean everywhere. I never left it in my car, even if I was just popping out for a second. It was always in my pocket, ready for action. And this was the same at home; it was always stashed in my pocket, so I could have a toot whenever I felt like it (which was all the time).

To fix this, I simply stopped taking my vape everywhere with me. I now no longer take it with me when I drive to places to run errands. I don’t carry it around at home. And if I’m driving somewhere, I’ll wait until I get there (as long as it’s under an hour away). This method alone is great for reducing your net vaping very quickly, as it takes away a ton of scenarios where you’d normally be able to vape.

Again, this one’s a bit out there. But it works for me, so I’m sticking to it. Basically, as the title suggests, I now only really vape tobacco blend vape juices, unless I’m testing some new stuff out for the site. But just because its tobacco vape juice doesn’t mean it has to taste like ass. My go-to vape juice – Top Brass, a peanut butterscotch tobacco blend – is one of the nicest tasting vape juices on the market right now.

But because it is tobacco, it helps me to limit my use. It reminds me of smoking and when I think of smoking I think of bad things like cancer and tar and diseased lungs. This means I’m less inclined to vape as I would be if I were using something fruity and super-tasty. As noted above: I only ever vape 35MG Nic Salts too, so limiting my usage is kind of essential – you literally can’t vape that much at that level. A couple of toots an I’m done for 90 minutes or so…

#5) In The Evenings, I Vape Outside

I’m not always in my office, so when it comes time to relax and chill, I take my vaping outside. The #1 reason for this is that I now have a son, Archer, who at the time of writing is just about five months old. I don’t want him breathing in my second-hand vapor, so I take my ass outside. And the upshot of this is that if it’s raining, I really don’t want to go out, so I don’t vape at all then. Ditto when it’s too cold.

#6) I Use MTL Tanks More or Less Exclusively Now

I love a rebuildable tank as much as the next guy, ditto sub-ohm tanks. But I do hate the way they fog up my office (and my car), so for this reason, about 18 months ago, I decided to switch over to MTL tank full time. I still use other tanks, obviously, I have to for reviews. But my day-to-day now is always MTL (and this is the tank I use). OK, but why did I switch? A few reasons:

Why I Cut Down My Vaping?

I know a lot of the steps listed above require some will power, but they’re all really easy to follow. Even if you just implemented step #1 or step #3, you’d still probably dramatically reduce the amount you vape and this, in turn, would save you money by making your vape juice and vape tanks go farther before requiring a change.

Before I implemented this new regime, I was getting through about 2X 30ML bottles of Top Brass a week. Now? I barely get through 15ML a week. And if you’re doing the maths, that’s a significant saving of over $24 or thereabouts (Top Brass costs $19.99 per 30ML bottle) which you can put to good use inside a savings account or towards something else like stocking up on vape juice before these bans get out of hand!

As I said in the steps, not all the steps outlined in this post will work for you but most people should be able to get some success just using a couple of them. They do require that you make some changes, but this isn’t necessarily a bad thing. Not when you’re saving money by vaping less. And on a side note, I now actually get way more enjoyment from my vape simply because I am now using it a lot less.