RTA Tank That Doesn’t Leak? (Hint: Yes, They Do EXIST…)

On paper, an RTA tank sounds like a great idea. But in practice, the VAST majority of RTA tanks are a serious pain to live and work with…. Thankfully, I have FINALLY found some decent RTA tanks that don’t leak…

It took me years to find an RTA tank that doesn’t leak – years! It got so bad, back in the day, that I started to bloody hate them.

They were fiddly, they never worked properly, they leaked everywhere, they were often impossible to wick correctly, they’d serve up a near-constant stream of dry hits…

Long story short: I just couldn’t seem to find the golden goose: an RTA tank that didn’t leak – and I very nearly gave up.

Basically, by the close of the year, I’d had enough. RTA tanks were just far too fiddly for my liking. I enacted a shun on all things RTA.

But around 2018 Things Changed…RTA tanks got easier. And because they’re rebuildable, providing you use good-quality, great-tasting vape juice, you can basically get RDA-grade flavor from them!

I have now used a bunch of RTA tanks that are A) super easy to set up and use, and B) do not leak.

It’s hard to say which is the best RTA right now, as there are so many good options. But in my experience, the Dovpo Blotto RTA is just about as good as it gets when it comes to the deck and overall performance.

The Blotto RTA is simple to build and wick, but it also has a MASSIVE deck too, so you can get really intense with your builds – the sky’s the limit here. It also doesn’t leak and kicks out some of the best flavor I have ever gotten from a tank – including RDAs.

My advice? If you want an RTA that doesn’t leak, go with the Dovpo Blotto RTA or the Profile M RTA – both are exceptional RTA tanks and neither have any issues with leaking.

And if you want an MTL RTA, go with the Hellvape Vertex RTA – it’s like a Kayfun only about 80% cheaper.

Out of these tanks, I have a few that I think are the best – and these are detailed below.

This is a new one, but a good one.

It has top-mounted airflow, so leaks are, quite literally, impossible.

It’s also super-simple to set up and is very forgiving. Basically, it doesn’t matter if your wicking game isn’t on point.

I spent AGES with this RTA simply because I knew it wouldn’t leak and I could take it anywhere and just not have to worry.

The flavor it kicks out is very impressive and I really like the overall design. Building on the INTAKE is a cinch too; just whack your coils in, wick it, and you’re away.

It’s a well-designed tank that ticks pretty much all my boxes with respect to how an RTA should function.

Why You’d Get The INTAKE RTA

The Pharaoh Mini RTA is by far and away one of the best RTAs on this list.

Designed by RiP Trippers, this RTA is a massive flavor-banger that is super-simple to set up and live with. Wicking is a cinch too, so no worries in that department.

For me, what makes this RTA so special, is its overall look and feel and how it vapes. The flavor and clouds are immense. Chuck in a great deck that accommodates coils of all sizes and easy wicking and you’re looking at one of the best RTAs in the business.

Why You’d Get The Pharaoh Mini RTA

Like the Intake RTA, the Zeus by GeekVape DOES NOT and WILL NOT leak.

So if that’s all you’re looking for, you’re covered.

But it does WAY more than this. It also delivers truly excellent flavor and looks gorgeous – it’s a proper eye-catching tank and it looks superb on all manner of mods.

The airflow is brilliant as well; it’s smooth and focused and this, when combined with the deck’s engineering, produces some monumental clouds and flavor.

Why You’d Get The Zeus RTA

The Kayfun 5 is the most expensive tank on this list by quite a margin.

However, you do get market-leading flavor for that price, as well as the best MTL vaping experience around.

You can also run this tank LOW (and I mean below 20W) and still get an awesome vape, packed full of flavor.

If you wanna run a mod for days on end and vape higher PG E juice/Nic Salts, this is the tank you’ve been waiting for.

I own both the Kayfun Prime and the Kayfun 5, and they’re both excellent options.

Why You’d Buy The Kayfun V5

Kayfun Too Expensive But You Still Want MTL RTA?

No problem. The Innokin ARES is very similar in how it works to the Kayfun; it’s a single coil RTA that’s all about MTL vaping.

I have one and I’ve been vaping with it loads recently. The flavor is great and I haven’t had a single leak yet.

If you’re after Kayfun-grade performance and flavor for a fraction of the cost, the Innokin ARES is the one to go for!

Check out our detailed ULTIMATE Guide To The Best RTAs Money Can Buy for an overview of other excellent RTA tanks – dual and single coil! 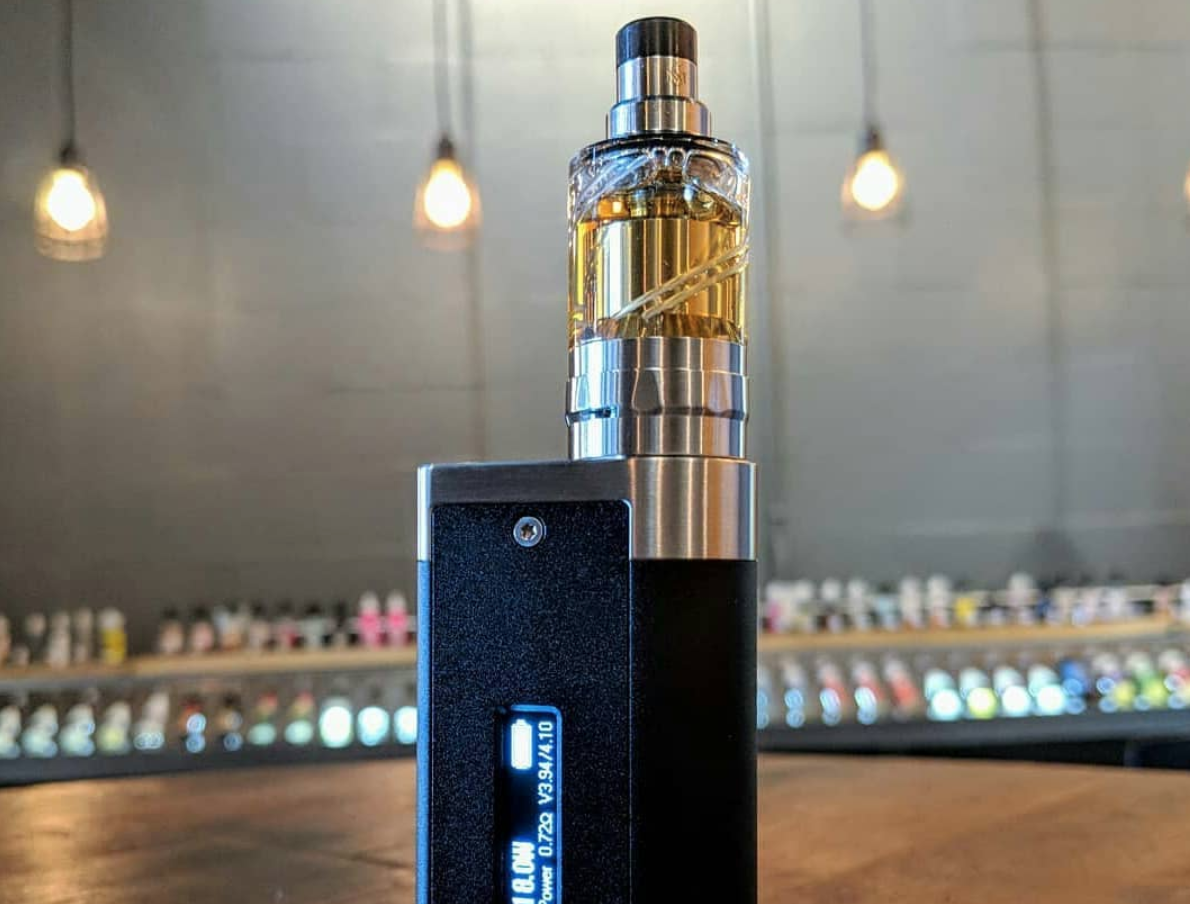