A quick unboxing and initial impressions piece on the SMOANT RABOX Mini ahead of our full review, which’ll be going live next week

The SMOANT RABOX is pretty well know on account of its unique styling. But today I’m testing out the SMOANT RABOX Mini – a smaller, more portable version. But is it any good?

As always: this is an initial preview – a quick selection of unboxing pictures and some initial impressions. My full review will follow in due course, once I’ve had time to properly test out the SMOANT RABOX Mini.

The result is very eye-catching; you will get looks when using it on the street. My fiancé was suitably impressed with it when I popped it out during an evening walk (the mod, that is). And in an increasingly nucleated market, standing out from the crowd is hard, so I get what SMOANT is trying to do here.

The bigger question, however, is has it worked? Or is this nothing more than an impractical novelty? Let’s get the unboxing shots out of the way first, shall we?

You don’t get much in the box; just the essentials – a charging cable, the mod itself, and… a strange knife-type thing. 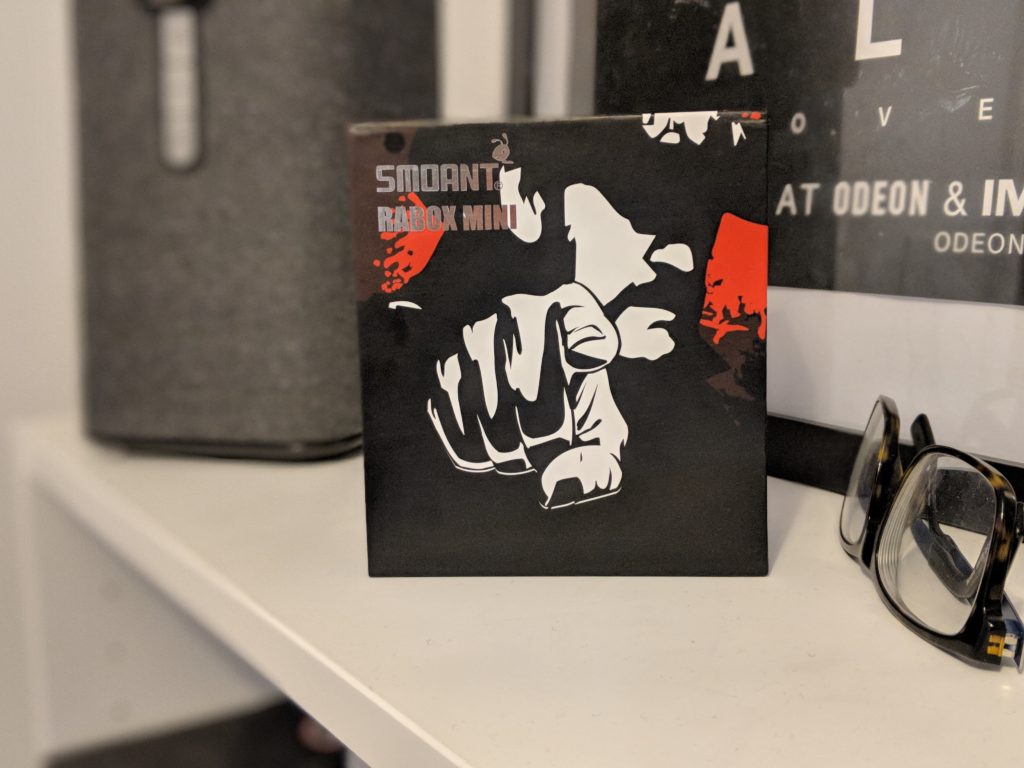 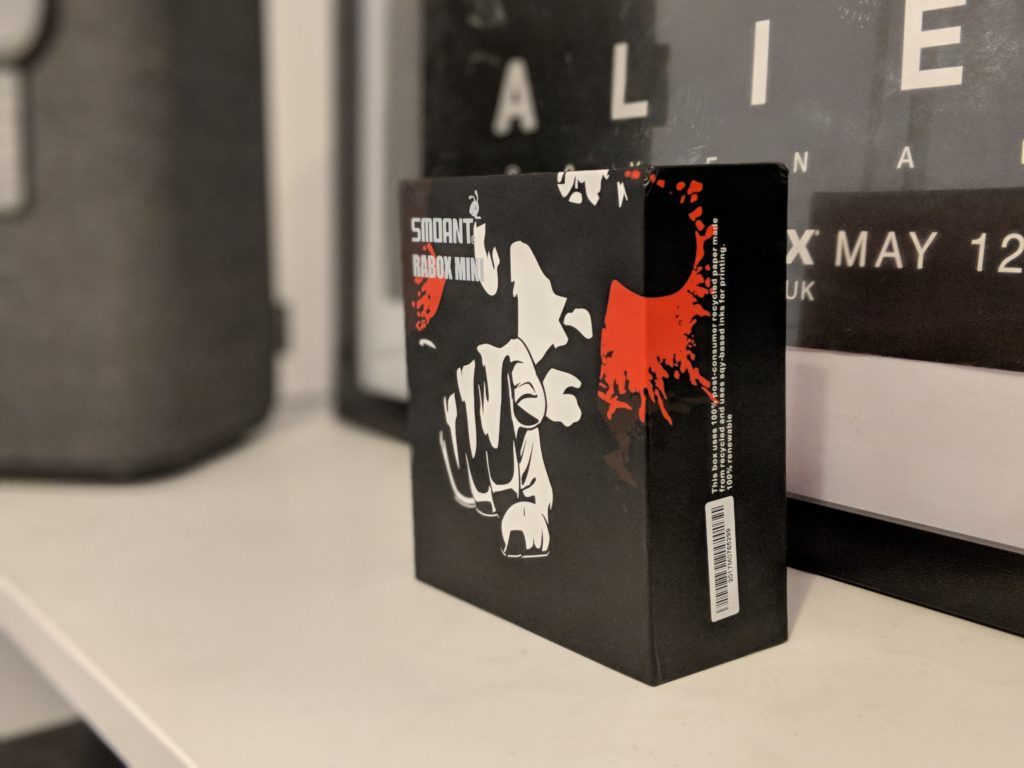 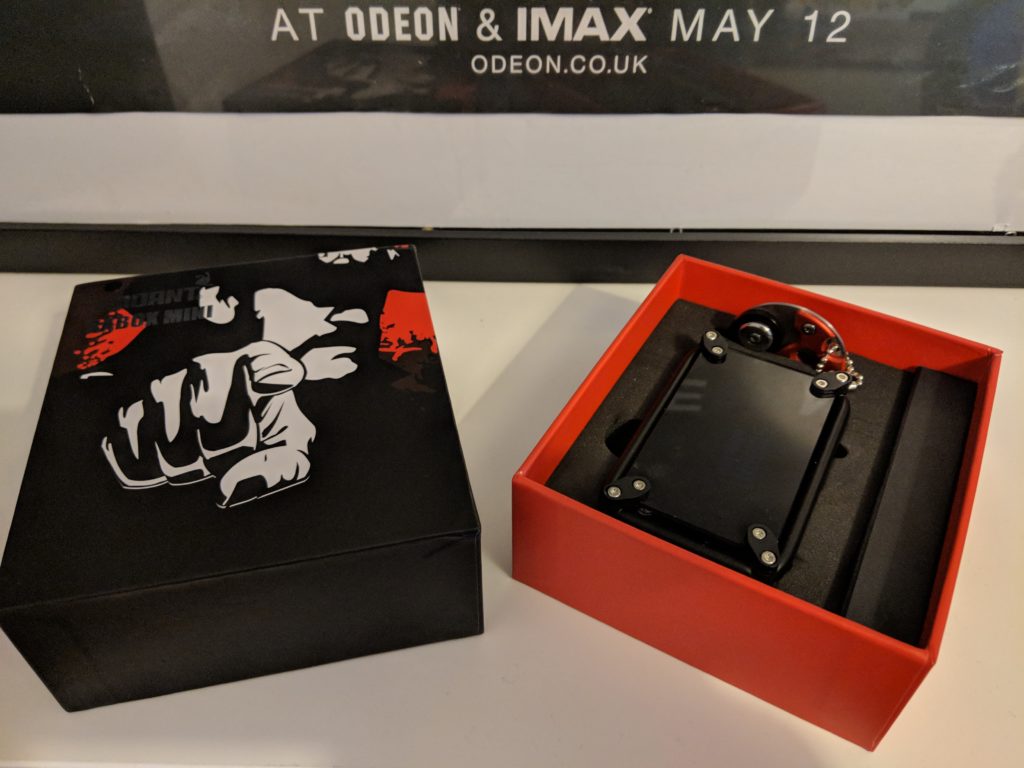 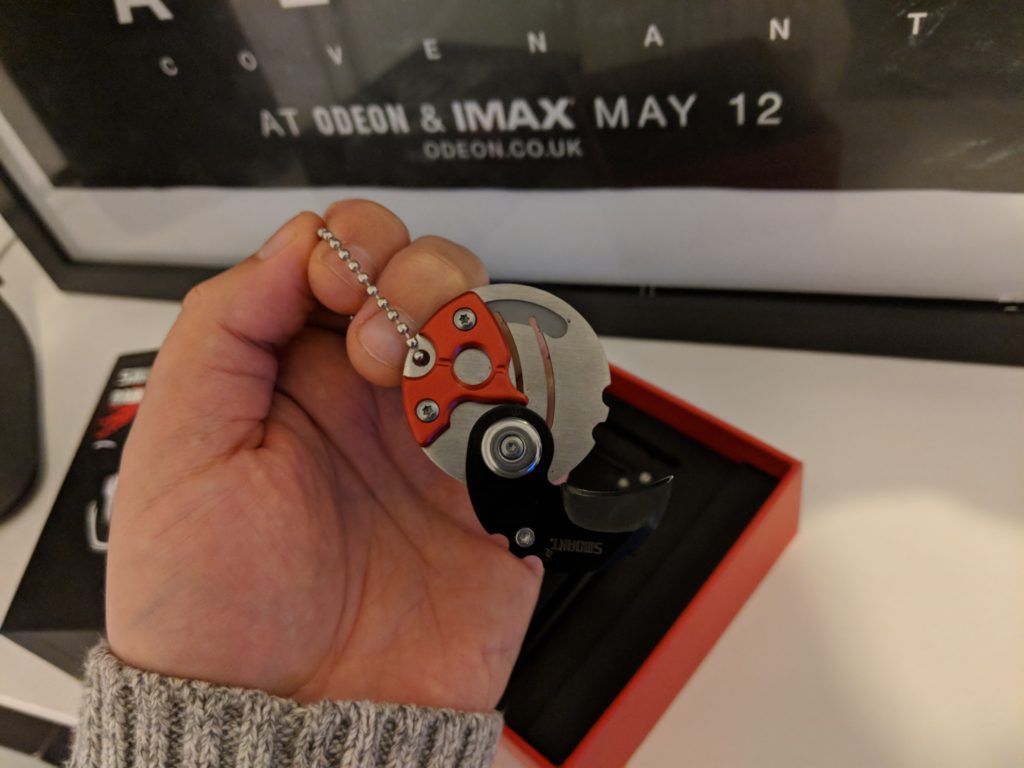 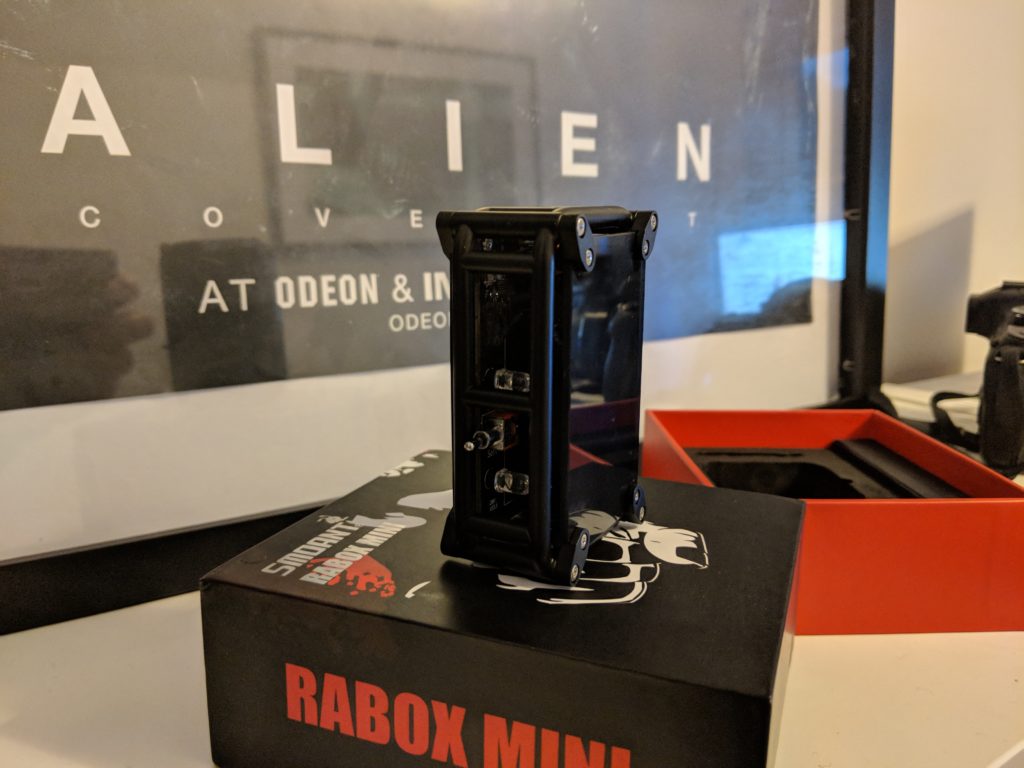 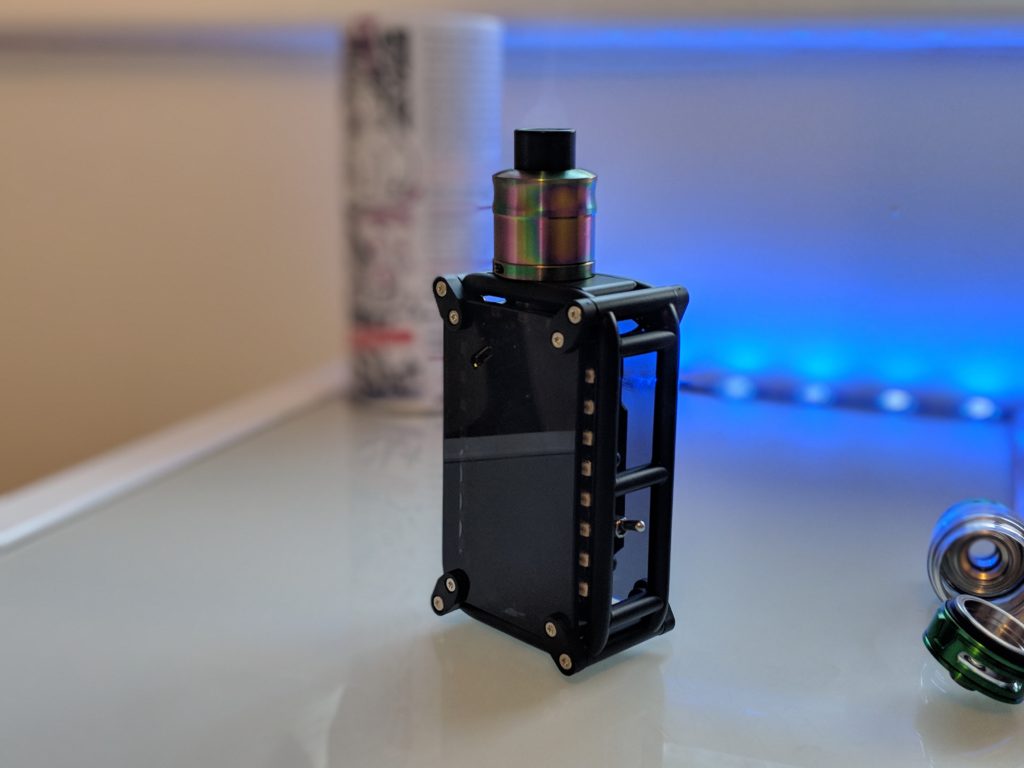 To me, it looks like a cross between a high-end gaming rig, something from a Steam Punk expo, and a mobile “talking device” from Sci-Fi movie made in the 1960s but set in 2020. It’s a heady mix of themes, but I do actually really like the way it looks.

In the hand it’s a bit, umm, unwieldy, but compared to the original SMOANT RABOX it is more or less svelte and airy – that mod was huge and ungainly. I love that SMOANT has kept the mechanical lever for switching between vaping modes too.

I am also a big fan of the ball-bearing fire key and the clicky-tactile nature of the design in general. You want to pick the SMOANT RABOX Mini up as soon as you see it; it just screams GRAB ME at you. 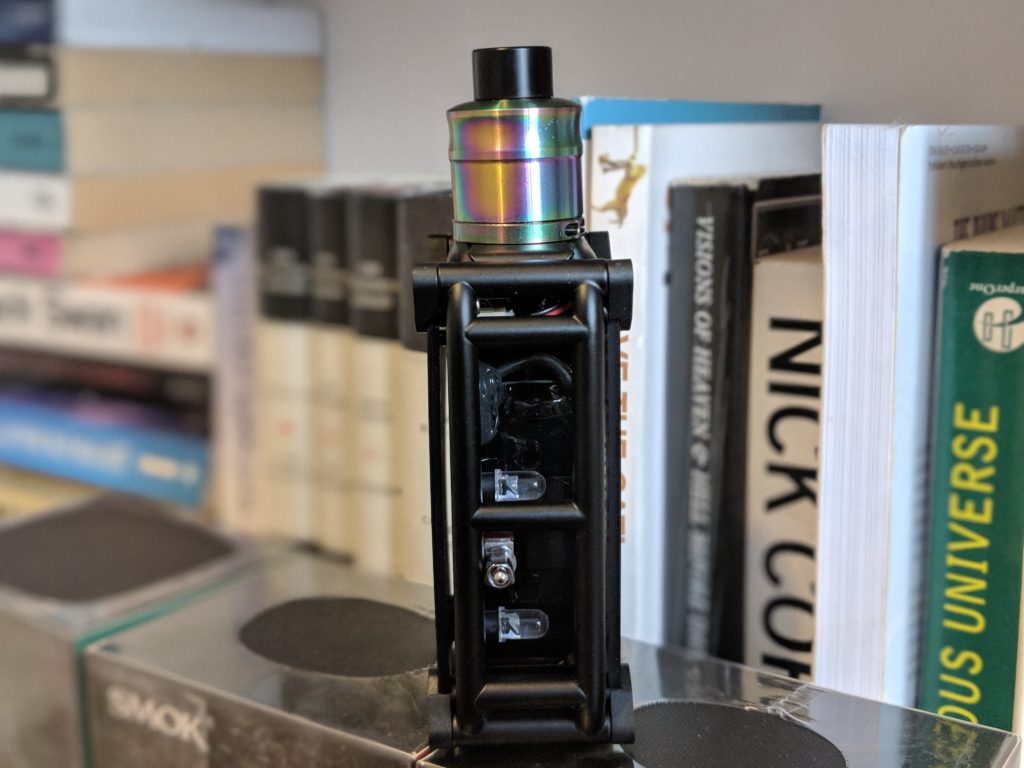 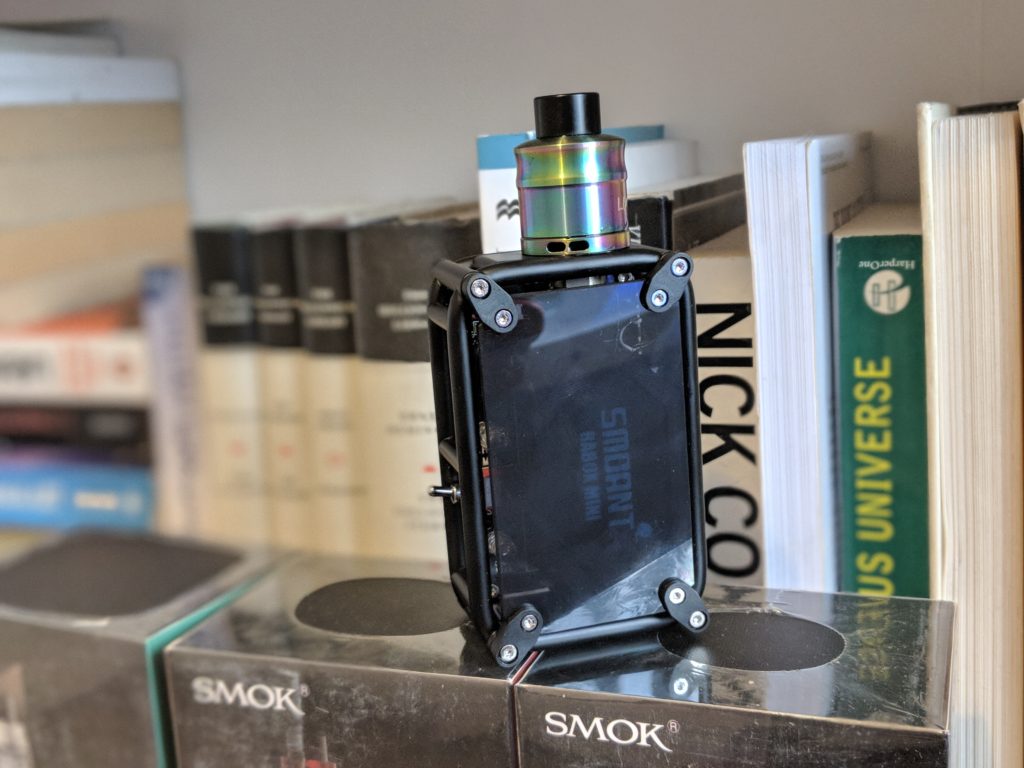 How it works is pretty odd too; you have three modes: soft, medium and hard. You essentially pick a mode, and you’re off – the chip inside it sorts out the volts and output, which, for me, was kind of a weird feeling. I like setting wattage and stuff, so, yeah… but weird.

It works though. I’ve tried a variety of sub-ohm and RDA tanks on it and everything is handled correctly. I tend to just leave it in Hard and see what happens. I figure if you’re going to vape, you might as well vape HARD, right? 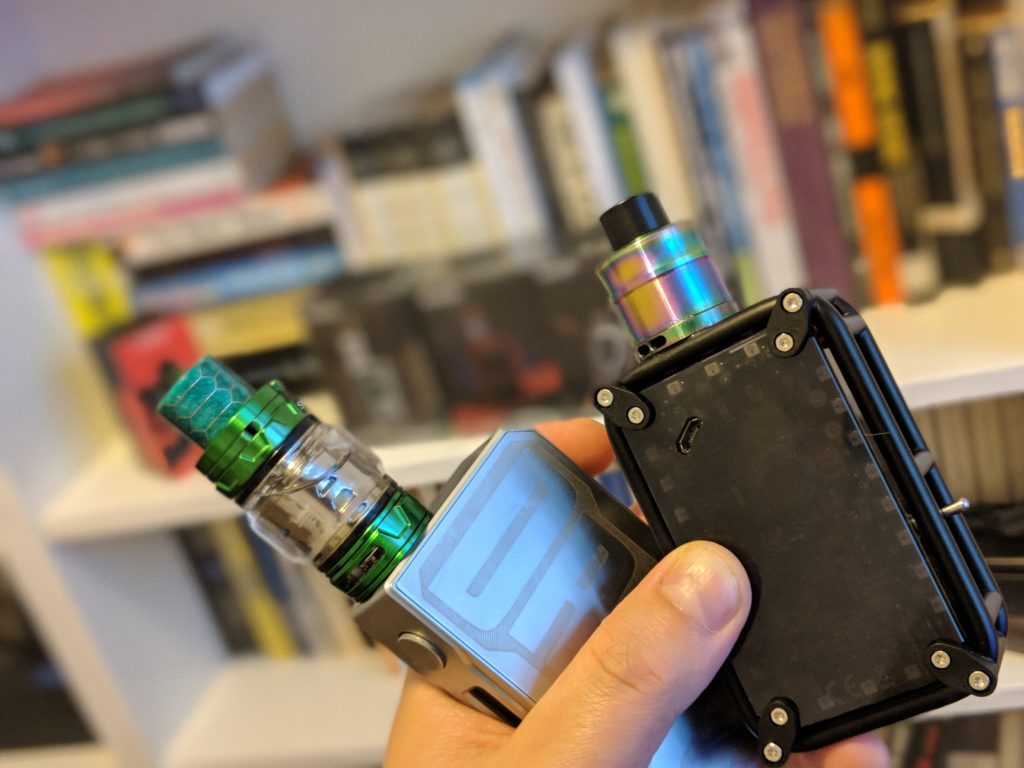 I don’t want to get too much into the performance of the SMOANT RABOX Mini just yet, as I have only been playing around with it for a few hours. I’ll add in lots more detail in my full review, which will be landing (as an update to this article) some time next week.

For now, I am definitely having a good time testing out this crazy-ass mod. 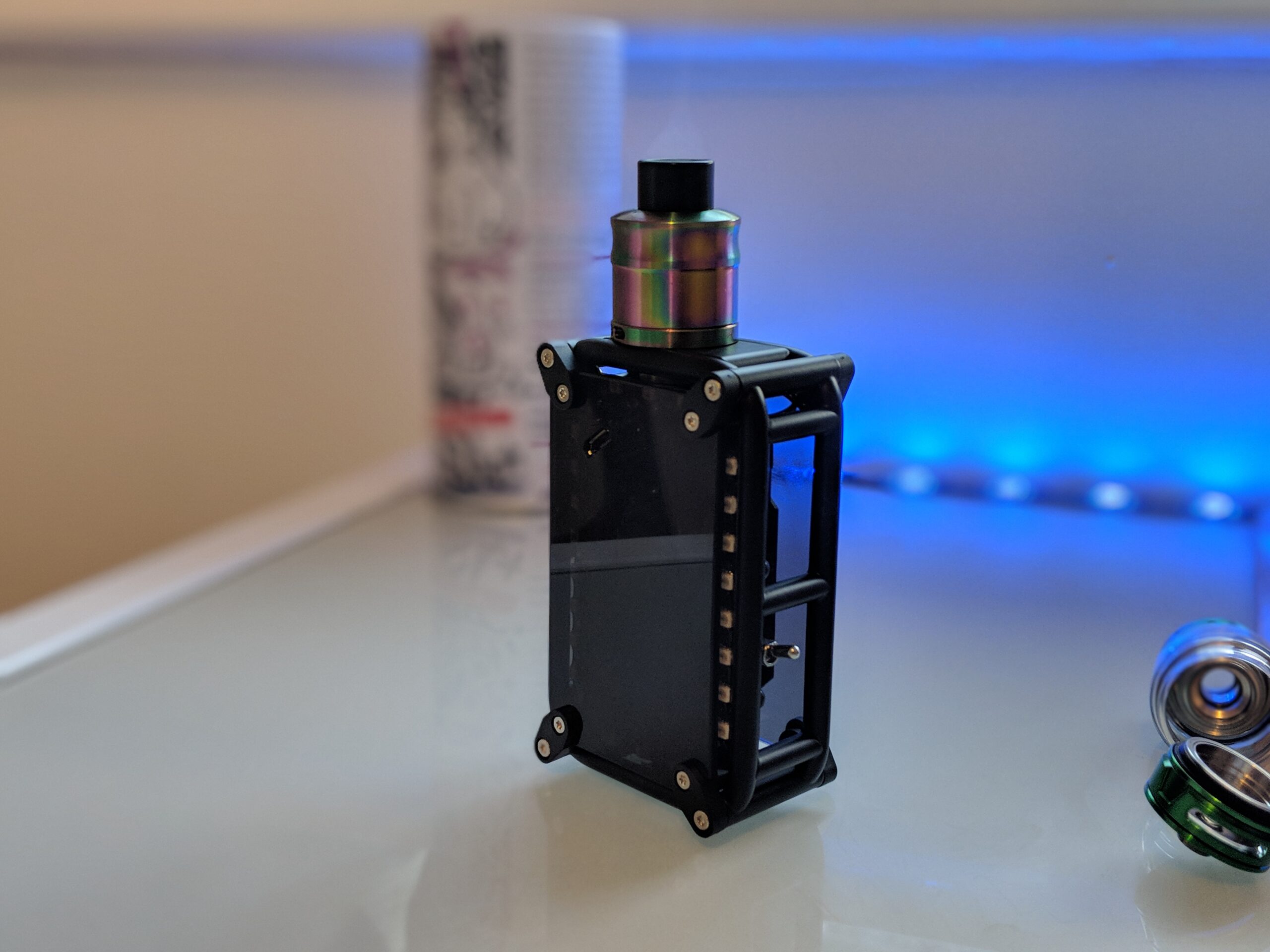