I love RDAs and RTAs and Vape Tanks, but sometimes you just can’t beat a solid MTL tank – and here are 10 points to prove it… 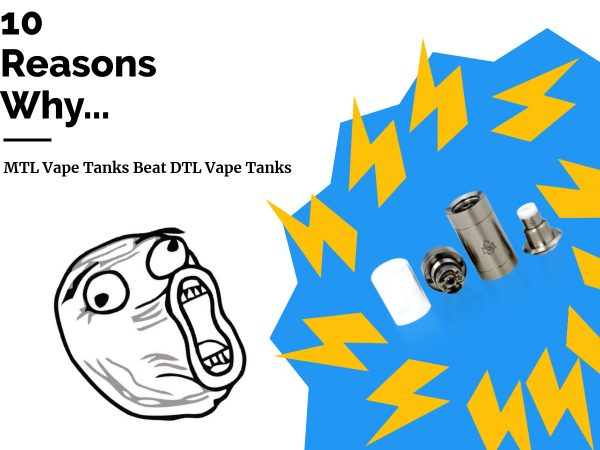 This for me is the main one. Because MTL tanks run at much lower wattages (less than 20W in most cases), they are far kinder to your mod’s battery life.

Case in point: my Kayfun 5 on top of a dual-cell mod lasted me almost three days on a recent trip to Amsterdam.

With a standard sub ohm vape tank, running at 70-80W, you’re looking at a day’s worth of use. Tops.

You can get MTL RTAs, where you can build and install your own coils, or you can get non-rebuildable MTL vape tanks.

Both vape in the same manner, delivering tight, flavorful vapor. If you’re a noobie, you’ll probably want to go the non-rebuildable route.

But once you find your feet, you should definitely check out some MTL RTAs.

You know how high-power, performance vape tanks require you to inhale like you’re using an inhaler? You know, right down to your lungs?

That’s nothing like how you smoke a cigarette. And this makes it hard for newbie vapers when making the switch.

The sensation (of how you inhale) is exactly the same, only it tastes better and won’t kill you after a few decades.

When you’re rocking a big ol’ RDA or sub ohm vape tank, you’re using lots of power and kicking out tons of vapor.

This is great, for the most part. But it does burn through A LOT of E Juice.

An MTL tank, however, runs at low wattages and produces less vapor. This means a 100ml bottle of E Juice will last you around 40-50% longer…

And that will save you a bunch of cash in the long run.

Before I got into MTL vaping, I used to hate single battery mods.

They just didn’t make any sense – I could run one from 100% to 0% in about three hours with an RDA or vape tank.

The GeekVape AMMIT MTL RTA: A Super-Solid Kayfun Alternative – In Case You Can’t Stretch To $119 For A Kayfun 5!

But then I got myself a Kayfun and started using them again, and guess what?

The battery lasted all day long.

Why’s that? Simple: you’re using less power – normally less than 20W – and this means less strain on the battery.

And don’t go thinking just because they use less power you get less flavor, because this is 100% not true.

With an MTL tank, you’ll want to run 50/50 E Juices and this means you get MASSES of flavor, as PG is what carries the flavor after all.

MTL tanks also don’t completely fog up an entire room in a matter of minutes, which makes them way more socially acceptable.

There are TONS of awesome brands and flavors available, as you can see inside our Best Nic Salts Brands Guide.

With Nic Salts, you get mega-flavor and a sizeable nicotine hit just without all the harshness of high-nicotine, high-PG E Juice.

If you’ve been vaping standard, direct-to-lung (DTL) tanks for years, switching to an MTL tank can provide a nice change of pace.

This is how I got into it. After six or so years of straight-up DTL vaping, I bought myself a Kayfun 5 and was blown away by how much fun I had using it.

The other benefits, listed above, were just the cherry on the cake.

If you’ve used any kind of sub ohm vape tank, you will know that coils are what make and break a vape tank.

It sucks when your coils burn out too quickly, as it costs you money and ruins your vaping experience.

With an MTL tank, with its lower load on the coils, you’re going to see way better performance from the coil heads with respect to longevity.

And if you’re running a rebuildable MTL tank, well… your wire should last a solid month or two before you need to make and/or install a new one.

10) Super Discreet, You Can Vape Anywhere

Another cool USP, this one. Because MTL tanks produce less vapor than RDAs or sub ohm vape tanks, you can use them pretty much anywhere.

I even used mine on a plane not so long ago, but I would 100% not recommend this – if you get the caught the fines are INSANE! 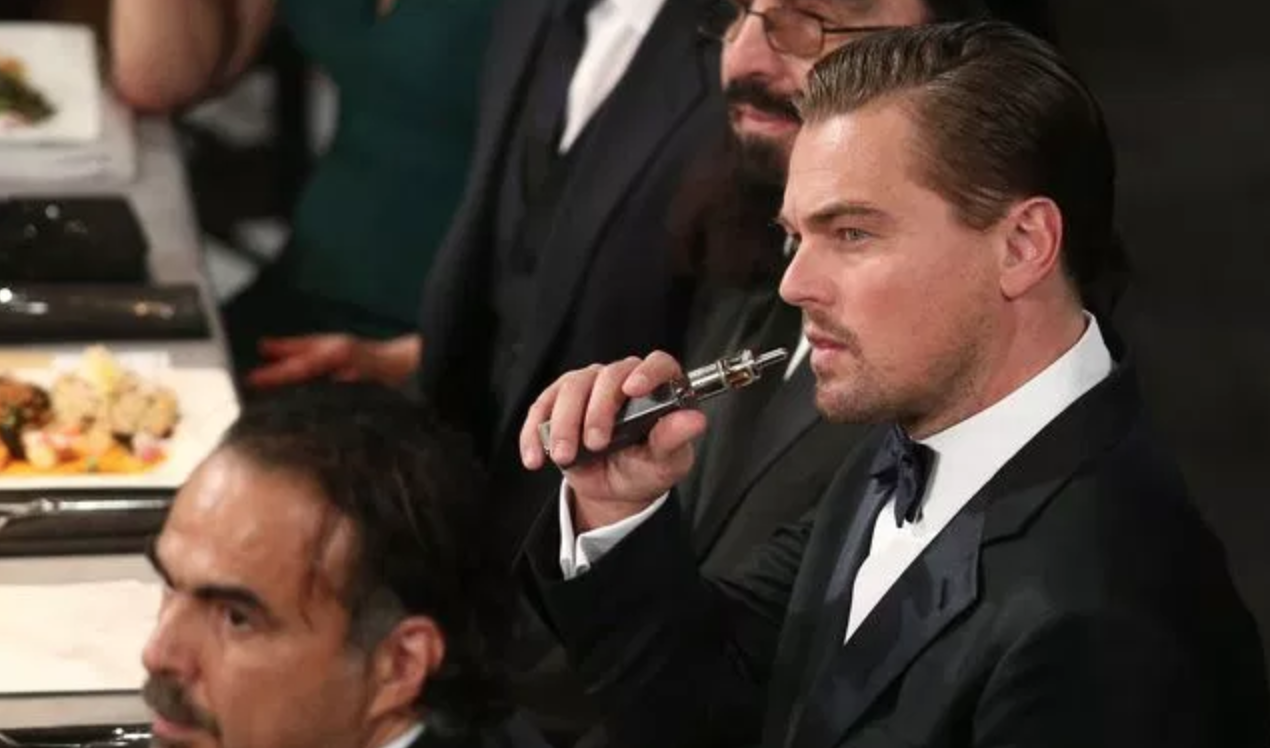 Leo AKA The King of MTL Vaping (And, Yes, He’s Vaping At The Oscars…) #LAD

If you’re in a bar or a pub, however, an MTL tank is great for the occasional toot if you don’t want to go outside.

I also like this aspect of them because it keeps my office fog-free!

If you’re interested in finding out what the best MTL tanks are right now, check out my guide to the Best MTL Tanks on the Planet Right Now…