The FDA would have you believe there is a teen vaping epidemic sweeping the nation. But if you look behind the scenes of what’s going on in the halls of power, things begin to look rather sinister…

Most people are aware that the US government makes A LOT of money from people smoking cigarettes. Whether through taxation or “agreements” with Big Tobacco companies, the US government has been lining its pockets with tobacco money for decades.

We’re talking hundreds of billions here; not a few million. Billions of dollars from Big Tobacco straight into the government’s coffers. What happens when all that money suddenly disappears? What’s going to fill the void? Is this why Trump wants to charge the vaping industry $100 million a year to simply exist?

Is this why the US so anti-vaping? Is it protecting itself from loss of tax revenue to the tune of hundreds of billions of dollars? Maybe. Just look at the Tobacco Master Settlement of the 1990s; it secured the government a never-ending supply of Big Tobacco money – the cream off the top if you will.

Have You Heard of The Tobacco Master Settlement?

The “settlements”, paid out annually by tobacco companies, were intended for things like anti-tobacco education and research into cancer. This was what was agreed. And it sounds good. But only one state in the US – Oklahoma – has ever met with the actual CDC-recommended allocation of funding, according to the American Lung Foundation.

Other states – hello, North Carolina – used 75% of their allocated funds for tobacco production, a move that effectively takes reparation money and gives it straight back to the perpetrator of the crime.

Ideally, this money should have been used to develop and research cures for cancer and other useful things like anti-tobacco education in areas with poor education and low incomes. This is what the settlement was meant for; it is the entire reason it exists in the first place. Simply handing money back to Big Tobacco is like spitting the face of all the people that were lied to and got themselves addicted to tobacco during Big Tobacco’s hay day in the 1950s, 1960s, 1970s, and 1980s.

If Big Tobacco starts making less money, something that will happen as more and more people switch to vaping, the settlement money it has to pay out will go down. And this means less money for the government.

If fewer people smoke, states can no longer guarantee tax revenue from sales of tobacco; fewer tobacco sales means less tax money. And, again, this means less money for the government. Is this why states all across the USA are legalizing cannabis? It bloody well could be.

Something HAS to fill the void left by declining numbers of smokers. The US government, between the Master Settlement and tax and excise, is effectively invested in the profitability of Big Tobacco. Failure by Big Tobacco to sell its products costs the US government billions of dollars.

Don’t believe me? Go back to 2008. The US tried to ban menthol cigarettes but it didn’t happen. The floor voted against it unanimously.

According to Nik Modi, an analyst for UBS Securities, “federal taxes on menthol cigarettes alone could purchase five B-2 bombers or 22 F-22 Raptor aircraft or pay one year of health insurance for 682,727 Americans”.

And then you have the problem of states that have borrowed against their tobacco settlement money. What happens to these 17 states if that money dries up and they have to default on the loan, making 17 US states bankrupt or seriously financially-challenged more or less overnight?

This problem is simply just too insidious for most people to contemplate. How could the government get itself in such a position? How could it become such friendly bedfellows with Big Tobacco, when we’ve known, empirically, for decades that tobacco is deadly? How can any of this be justified when states are actively using the money to prop up the tobacco industry or simply using it to borrow against?

Where Does Vaping Factor Into All This Nonsense?

Simple: vaping should (and will) replace tobacco. In the UK, Public Health England, the NHS, and Cancer Research UK all agree that ecigs are 95% safer than cigarettes and are our best bet at getting rid of tobacco usage within a generation.

Just look at what Public Health England concluded after a lengthy study on the long term effects of vaping:

Professor John Newton, Director for Health Improvement at PHE said: “Our new review reinforces the finding that vaping is a fraction of the risk of smoking, at least 95% less harmful, and of negligible risk to bystanders. Yet over half of the smokers either falsely believe that vaping is as harmful as smoking or just don’t know.”

And why do these people falsely believe that vaping is as harmful as smoking? The FDA and its political stooges in the USA. They have lied and lied and lied about vaping. They have done it through the mainstream media, using made up epidemics, to scare millions of smokers away from a vastly safer alternative.

“It would be tragic if thousands of smokers who could quit with the help of an e-cigarette are being put off due to false fears about their safety,” said Professor John Newton, Director for Health Improvement at PHE.

All of the above is a lot to take in, and we’ve only really scratched the surface. But I wanted to put this post together to highlight the sheer level of craziness that goes on behind the scenes of our government and its wheelings and dealings with Big Tobacco.

I’ve read and read and read around this subject. I’ve spent hours looking at the data, at statements, at reports – and nothing the FDA says about vaping adds up. The teen vaping epidemic? Debunked. Long term effects of vaping unknown? Debunked – they are scarcely any. A flavor ban will stop kids vaping? Debunked.

If you read between the lines it kind of looks as if the US doesn’t want people quitting smoking: I mean, there are hundreds of billions of dollars up for grabs so long as millions of Americans continue to smoke. Put in that context, the FDA’s draconian, non-movable stance on vaping starts to make sense.

Why else would it want to cripple an industry that has the potential to save millions of lives inside the next 10 years?

Think about that for a second.

Then think about the fact that if the US embraced vaping like the UK has done it could put an end to a business that has killed tens of millions of people in the last few decades. 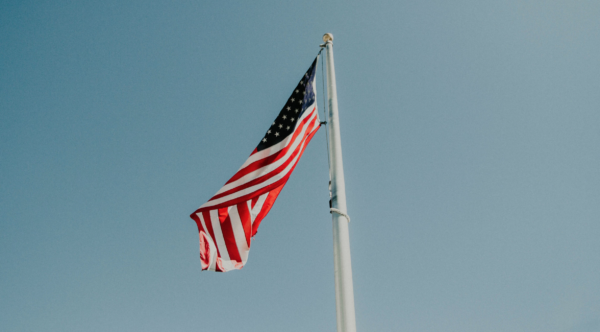