What Is A Squonk Mod? How They Work (And Why They’re Popular)

Squonk Mod vs Box Mod – If you’re new to vaping, you might be wondering what the difference is between a box mod and a squonk mod – well, here’s everything you need to know

Vape mods are basically what powers your vape tank.

They come in all shapes and sizes, but the most common right now is box mod-style devices and, more recently, squonk vape mods.

So what’s the difference when you’re talking about squonk mod vs box mod – how do they differ, for instance, and which is best for you?

In some respects, these two styles of vape mod are very similar.

What Is A Squonk Mod?

Often, they perform in a similar fashion – just in slightly different ways.

A traditional box mod usually contains a microprocessor of some kind – often called a vape chip – and this regulates things like current, wattage, and volts and ensures nothing goes array.

A squonk mod works in a similar fashion, only it has a bottle contained inside it (the squonk bottle) where E Juice can be stored and sent up into the tank.

This is what squonking is – the process of pushing E Juice from the bottle inside the mod up to the tank.

Box mods DO NOT have squonk bottles inside them, however. This is the #1 difference between the two styles of vape mod.

Also: if you’re using a squonk mod you will need to have a compatible RDA (or RSA) tank. These are the types of tanks where you have to install your own coils and cotton.

If you’re an ABSOLUTE beginner and completely new to vaping, I’d advise you start with a traditional box mod. 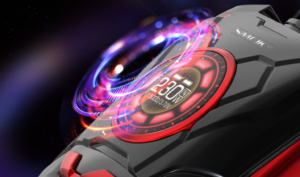 They’re safer, have fewer moving parts, and are generally safer than squonk mods.

A regulated squonk mod, however, like Ohm Boy’s RAGE squonker is a different story entirely, as that mod is 100% regulated meaning it just like a traditional box mod, only it squonks. 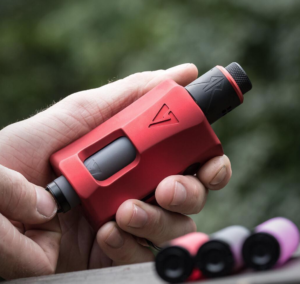 Here’s a quick breakdown of the difference between regulated and unregulated mods. I’ll keep it nice and simple to avoid confusion.

An unregulated mod (AKA a mech mod) is essentially just a battery and your vape tank. That’s it. 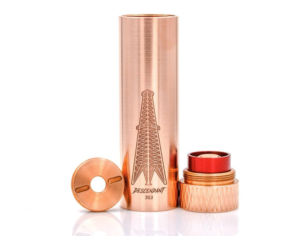 A Traditional Tube Mech Mod (Not Ideal For Beginners)

The battery is housed inside a chassis, of course, but there are no protections in place between the tank’s atomizer and the battery.

This is why you HAVE to know what you’re doing. Get it wrong and you can cause the battery to explode.

Hence why novice vapers should AVOID these types of mods.

A regulated mod, however, is a completely different story. Like your smartphone, it has a microprocessor installed in the mod that regulates everything. 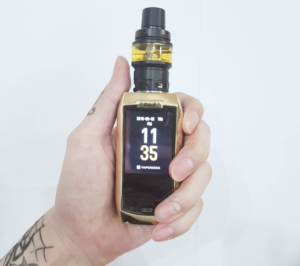 This means NOTHING can go wrong.

If something does, the mod will know and simply not fire or send power to the battery.

You also get support for temp control vaping with regulated mods, as well as other vaping modes and useful things like a display and the ability to customize your vaping experience.

I’ve been vaping for years, and I more or less exclusively vape using regulated mods.

I just prefer to have that layer of safety protecting my ass in case I do something wrong.

Yes. You’re probably wondering what the best box mod you can buy right now is, right?

The mod is great, with gorgeous design and a stunning OLED display, and it performs brilliantly. 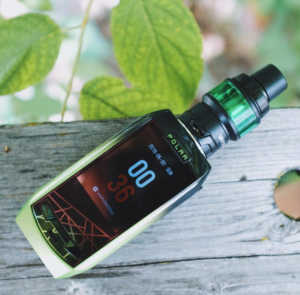 It also comes with the Cascade Tank, which featured in our Top 7 Vape Tank Guide For 2018.

This is an ideal vape setup for a newbie brand new to vaping. It’s easy to use and it performs excellently across the board.

There are MANY other, great options around – as noted in our Best Box Mod Guide – but the POLAR is a master of all trades, and for me, this is the most important thing for new vapers.

Hope that’s cleared things up for you!

And for those of you after a badass squonk mod, check out our current picks for 2018 below:

As always, if you got any questions you want answering personally, just drop me a line via email or on our Facebook page 😉