The Wotofo Profile Squonk mod is finally here after being teased for the last few months. But does it deliver the goods? Let’s take a look!

The Wotofo Profile Squonk Mod: It Was A Long Time Coming!

Believe it or not, squonking has been around just about as long as vaping. It was in its infancy years ago, but it was still a popular idea. It wasn’t until maybe 3 or 4 years ago that the idea became mainstream. Now almost every RDA on the market has a squonk pin included in the kit. In fact, some products are meant for squonking…

One of those products, in my opinion, is the Profile RDA Series. This was the dripper that brought the idea of mesh to the mainstream. It had been done before, but mesh had never really caught on as a heating element. Those of you that have been vapers for quite a long time will remember mesh as a wicking element.

But these days, almost everything you see is mesh. Companies like Voopoo and SMOK have prebuilt coils that use mesh with all of the newer devices. Mesh works great for flavor and uses a lot less power than traditional round wire since there is less surface area to heat up.

So the thing about the Profile RDA, when I first got it, was the sheer amount of juice you need to wick and vape this thing. It takes a massive amount of juice to make sure the cotton gets saturated, and the only effective means of this to me…was squonking. I tried to use the Profile as a dripper, and it just didn’t work for me. You absolutely need to re-juice the RDA every few hits.

But the Profile RDA really shined as a squonk compatible dripper. It worked great with most squonk mods, and it was the most ideal way to use the dripper. Every two or three hits, I would squonk some juice into the chamber. I never got a dry hit or burned my cotton this way. Since it worked so well with squonk mods…why was there no Profile squonk mod? Why?

The new Profile Mod has a lot going on, and we will break it all down for you. There are some interesting design choices with the mod, and it has some features that we usually only see in high-end mods that cost 4X this much. But are all of these design choices good? Let’s take a look at what the Profile Mod has to offer.

When it comes to features and design, let’s start off with the good things. I have a couple of negatives that we will get to later. But the first really great feature, is the centered 510 connection. The 510 sits dead center in the mod, so you will have no problem fitting larger atomizers on the mod, up to a whopping 30mm without overhang!

The screen and interface are very simple to use. We have seen this interface before on other Wotofo products and it is crisp and clean. You have all of the info that you need in plain fonts. The TFT display has your wattage at the top, and ohm load/puffs/voltage at the bottom. Wattage/Temp is controlled by the up and down buttons. You have a dead-center fire button, which I really like on most mods.

The body and chassis of the mod is a combo of metal and plastic. It feels pretty durable in the hand, despite being pretty lightweight. The mod is much taller than most of my dual battery mods, and I understand why. There has to be room for tubing in the top, for squonking. I like the tall and slim design, but it might not be everyone’s cup of tea.

The battery door is held on by dual magnets, at the top and the bottom. It doesn’t move around a lot and it feels pretty secure. This is a pretty hard plastic, and I have no doubt that it could survive a fall… if it had to. The door snaps into place with a satisfying “click”.

Let’s talk about the main feature of the Wotofo Profile Squonk mod, and the feature that has been used in the advertising: the dual use. I think this is a very cool idea, that was poorly executed. Before you jump me and start kicking my ass, let me explain my case.

The idea that this can be used as a single battery squonk that does 80 watts, OR it can be used as a dual battery mod that does not squonk and does 200 watts. The Wotofo Profile Squonk Mod is not the first product to have this feature, and there have been a few that did it worse, and better. I guess my issue with this is in the form of a one word question: “WHY?”

The Profile Squonk Mod did not have to be two different things. I think that it would have worked much better as a single battery squonk mod. The dual battery mode is absolutely superfluous, and I just don’t get it. My main issue is where the squonk bottle connects.

The bottle connects at the battery terminal, and the tube then goes up into the 510. This is fine, until you decide that you want to put the mod into dual battery mode. Residual juice will get left in the battery contact, and will leak onto your battery after you take the bottle out. This is pretty annoying, and it happened every time I converted it to dual battery mode, after using it as a squonk.

The second issue I have with the Profile Squonk Mod is the battery door. You only get one battery door, and it is see-thru with a cutout for the squonk bottle. I feel like this was a huge oversight, since in dual battery mode…it just does not look very good. The door also has a case of “severe over-branding”.

You could have easily included another door with the mod, for dual battery mode. The dual battery door could have been either solid or slightly opaque without the squonk cutout. This may be a small aesthetic gripe with the profile Squonk mod, but for me… it is kind of a big deal.

My last gripe with the Wotofo Profile Squonk Mod is the voltage cutoff. You only get 4.2 volts, so that means that there is no boost/buck transistor in the mod. If I am using a single battery squonk, I tend to build higher ohms and use more voltage. Unfortunately, you cannot do this with the Profile Squonk Mod. You really need to build below 0.5 ohms to get the right amount of power.

If you plan on using the mod with the Profile RDA, then this 4.2 voltage cutoff shouldn’t be a problem. But it would have cost almost nothing for Wotofo to make the mod capable of 8.4 volts, with a boost chip. That way, it could accommodate any build you throw at it.

I think it is pretty rare to have such a love/hate relationship with a product, but the Profile Squonk Mod has done just that for me. On one hand, I think this is a great single battery squonker that is the perfect companion to the Profile RDA. It should work well with just about any mesh RDA, in fact. 80 watts is more than enough power for mesh builds, and the 7ml squonk bottle holds enough juice to last most of the day.

What I don’t understand, is the dual battery option. Not only does it not look very good because of the battery door, but it also has leaking issues. Like Ian Malcolm from Jurassic Park says: “You were so occupied with the idea of could we do this, that you never thought about should we do it.”

As a single battery squonk, the Wotofo Profile Mod works fantastic, but as a dual battery mod, it just falls completely flat for me.

WOTOFO & MRJUSTRIGHT join forces for a dual-18650 squonk mod that has masses of power and is designed to run with all squonk-compatible RDAs. And it is also 100% regulated too, so it is ideal for beginners. 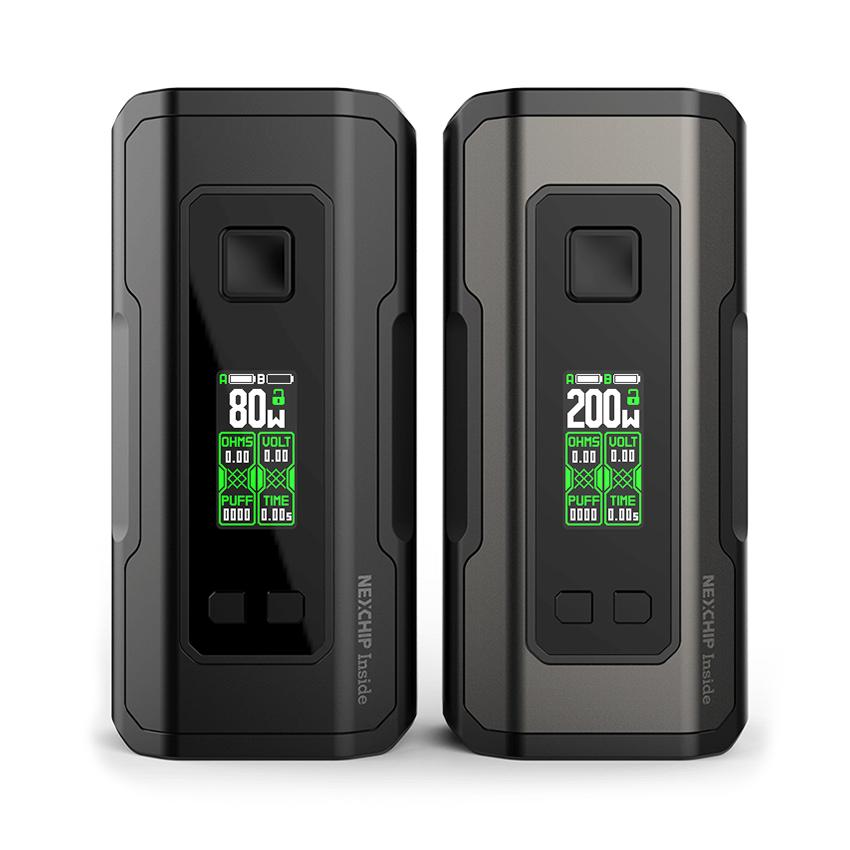