Drake takes the Wotofo FLUX Kit for a spin. Is this vape kit, designed by Rig Mod, legit? Let’s find out!

If you know anything about vaping, you’ll know that Rig Mod is one of the coolest, most respected brands in the vape universe.

It makes sick mech mods and is one of the most accomplished hardware designers on the planet right now. I adore Rig Mod’s design philosophy and how they go about creating hardware.

So when I heard Rig Mod was teaming up for a vape mod kit with Wotofo, I got kind of excited.

I love both of these brands and the idea of them working together on a vape kit was just awesome.

The result of this collaboration is the Wotofo FLUX, a traditional box mod and sub-ohm tank kit.

I’ve just spent a couple of weeks testing it out and what follows are my impressions of the device; the tank; the coil performance; and, finally, whether or not the Wotofo FLUX Kit is something you should be looking at. 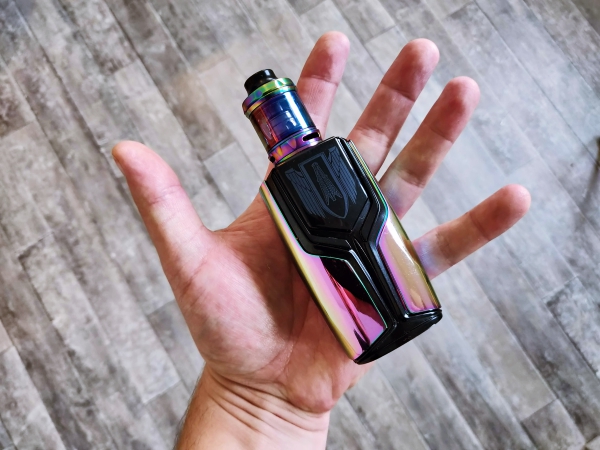 The Wotofo FLUX is one easily one of my favorite vape mod kits right now. The mod is awesome and the mesh coil tank is superb! What more could you want!?

Wotofo seriously upped its packaging game in 2018. Everything I’ve had through from the company is housed inside super-cool packaging.

The color theme is always green and black, and it looks totally badass.

This is what you get in the Wotofo FLUX Kit box:

As usual, it’s a pretty good haul of gear. You have spares for pretty much everything, so if something goes wrong with the tank (an O-Ring busts, for instance), you’re 100% covered.

Wotofo, as many of you will know, is one of my favorite vape brands.

The reasons for this are myriad. But one of the main ones is the care and attention that goes into everything it produces – box design and packaging included.

Right, let’s take a look at the Wotofo Flow Pro tanks first, then we’ll do the FLUX vape mod.

In a literal sea of awesome mesh coil tanks, standing out from the crowd nowadays is tricky.

The #1 thing that now separates the men from the boys, so to speak, is coil performance.

The Wotofo Flow Pro Tank has performance in spades. It will also run SMOK’s Baby Beast coils too, not that you’d want to, as they suck, but at least you have options if you’re in a pinch (SMOK coils are sold everywhere). 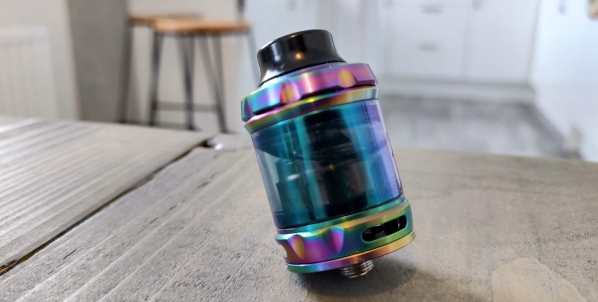 The vape tank itself is fairly pedestrian. There’s no bubble glass in stock configuration (4ml), for starters, though a 5ml one is included in the box, and the overall design and finish of the tank is nice and simple.

The top cap slides off to the side to reveal a kidney-shaped port for filling her up, though there are no indications on the tank itself that it does this. I spent about an hour trying to figure out how to remove it before I realized this. Moral of the story? Always read the instructions first.

The Wotofo Flow Pro is also available in 2ml as well. Ideal for any countries living under the fascist rule of the EU.

The drip tip is an 810 setup (and there’s a 510 converter included too) and is perfectly adequate. You can switch it out for something different, but I found it worked great on the Wotofo Flow Pro, so I left it as is.
The Airflow

You basically have three cyclops slots and they’re all easily adjusted with nice, smooth travel. I tend to keep things wide-open on all my tanks, as I like the vape it produces. Here, you have plenty of adjustment options. 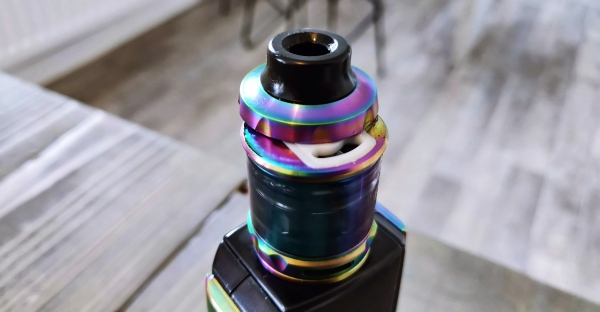 Operating the tank is simple and straight-forward. There’s basically nothing here that will cause any issues.

The Wotofo Flow Pro tank comes with a 0.18ohm mesh coil installed. It’s decent and rated for vaping between 40W and 60W. Within this range, you get plenty of flavor and plenty of clouds.

Inside this performance curve, you get the most bang for your buck. You don’t rinse the coil’s cotton by chucking too much power through it and you also conserve battery life. 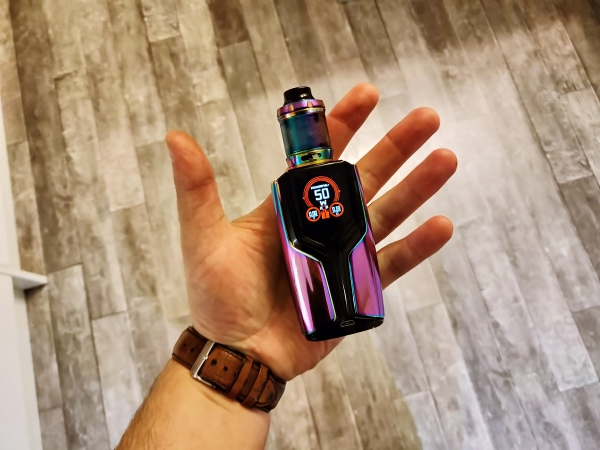 Vaping at 55W on a pair of dual-18650s will ensure you’re vaping all day without having to worry about battery life.

The coil heads are holding up well too; two weeks in and I’m still on the pre-installed coil head. That is very good. Even when you’re talking about mesh coils.

As I mentioned earlier, you can run SMOK coils in the Wotofo Flow Pro but I would 100% not advise this. SMOK coils suck-balls. Big time. So don’t waste your money – get official Wotofo ones, as they’re way better.

I do really like what Rig Mod has done here. The Wotofo FLUX looks really cool. It has a beautiful 1.3in OLED panel with a nice UX and the firing bar is incorporated into the entire right side of the device.

Like the SMOANT NABOO kit, this device is very forward-thinking when it comes to design.

You have a centrally mounted 510 connector that is made of stainless steel and features a gold-plated, spring-mounted positive pin. You can basically run any tank on the Wotofo FLUX up to 30mm. 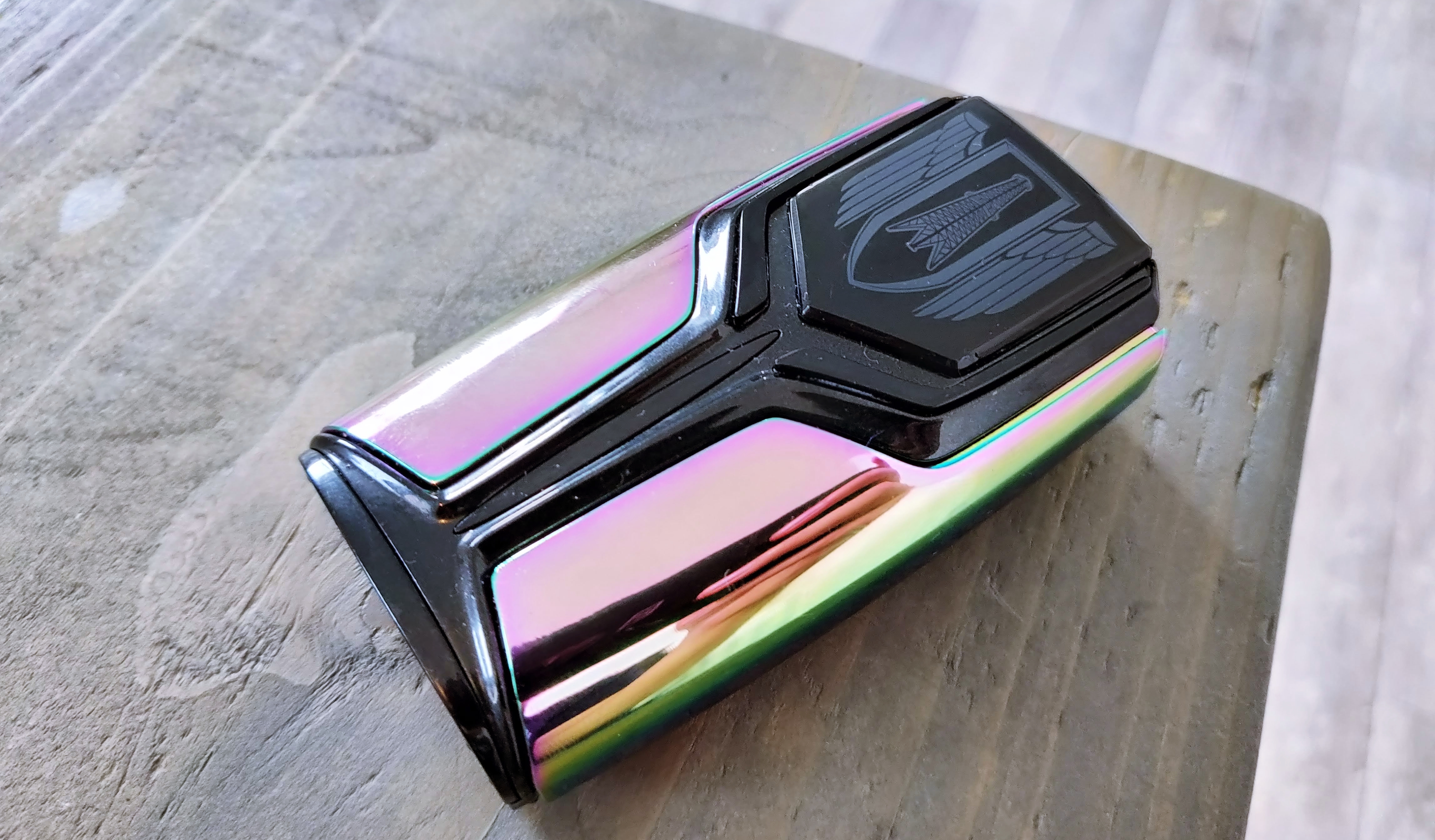 The power rockers are kind of hard to find at first; they’re directly below the display but kind of merge into the mod’s design language. The Wotofo FLUX is available in the following color schemes:

My test unit was the rainbow model, though I think I like the white and green versions best.

All The Color Options (Click Here For More Options)

There is also a LED that runs down the center of the Wotofo FLUX. You can customize this in the mod’s settings or switch it off entirely. I kind of liked how it looked in standard mode, so I just left it as is – though it is cool that you can switch it off completely.

The only real branding on the mod is a really cool Rig Mod logo, which you can see below in the pictures. It’s tasteful, looks cool, and isn’t too in your face thanks to how it’s etched into the device. 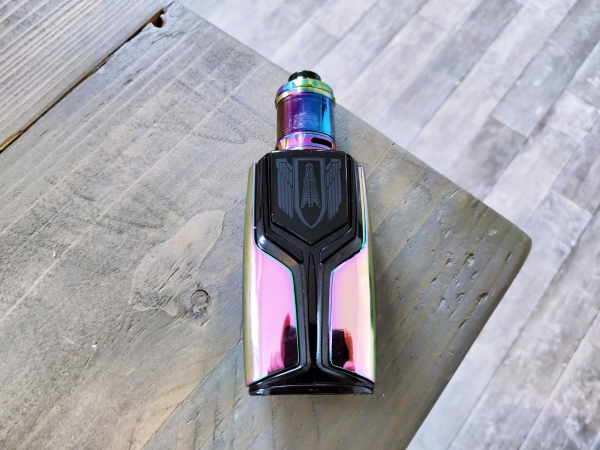 Performance | Is The Wotofo FLUX A Solid Vape Mod?

With 200W of power under the hood, you got more than enough power for any style of vape tank. The mod itself has been 100% brilliant in my time with it.

It sips power, it fires rapidly, and it does it all looking positively splendid. You have three potential fire modes to play with as well:

There is no temperature control either. Nope, this mod is ALL about simplicity and I really dig that. I don’t use temp control when vaping, so this is not a deal-breaker for me.

Plus, if you want decent temp control performance, you’re going to need to get a DNA mod anyway – and they ain’t cheap! 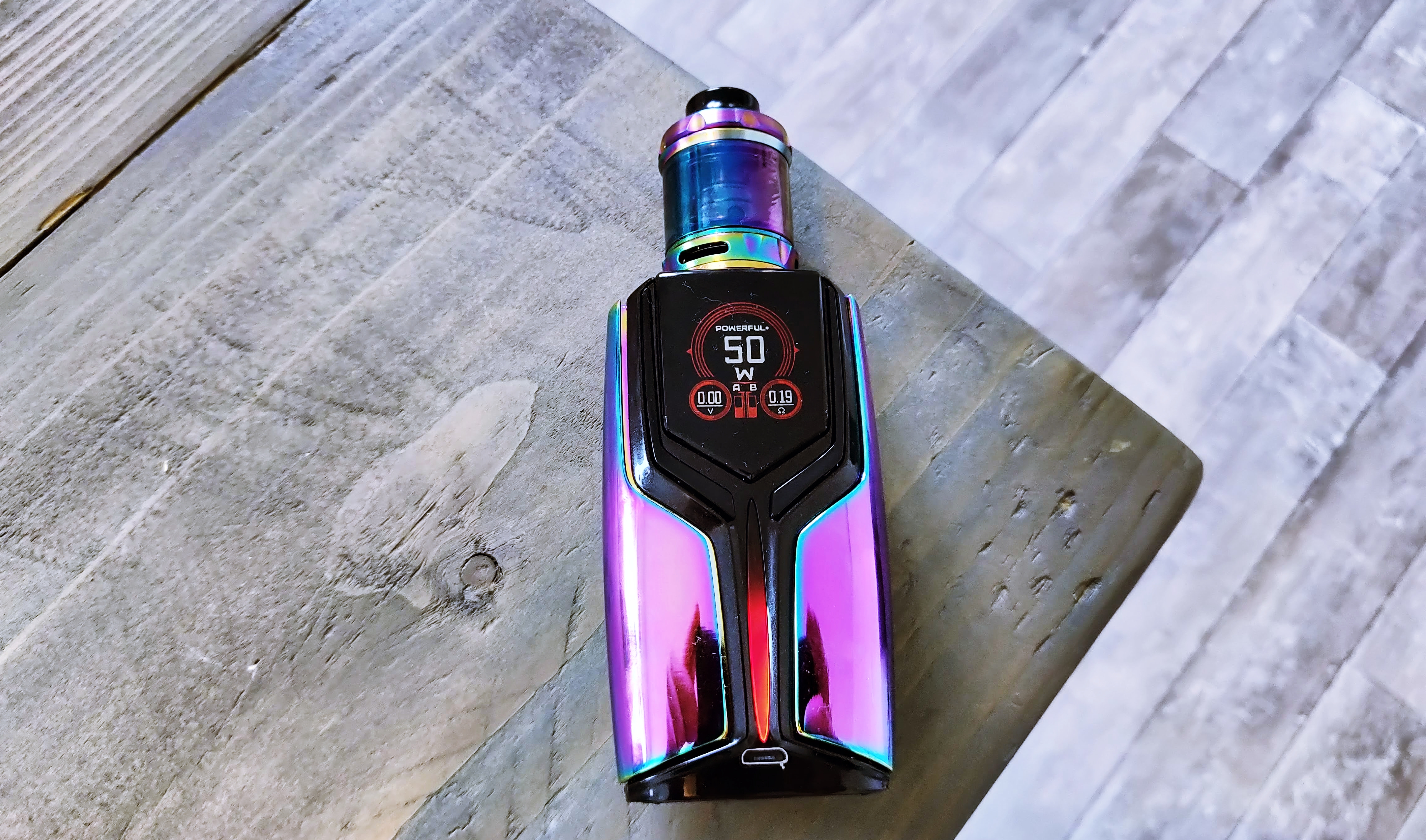 Like the Augvape V200, the Wotofo FLUX is all about simplicity. From the menu to how it operates, everything is designed to be super-simple and extremely intuitive.

Performance is really great too. Nothing has happened during my time with this mod that made me question this setup. It is a solid, reliable, heavy-hitting vape mod that looks totally badass.

If you’re after a simple to use, good-looking mod, you’d be hard pressed to find anything better than this right now.

I started this review by saying how much I love Rig Mod and Wotofo. Has this changed after testing the Wotofo FLUX kit?

Yes, it has – I now like both companies even more. 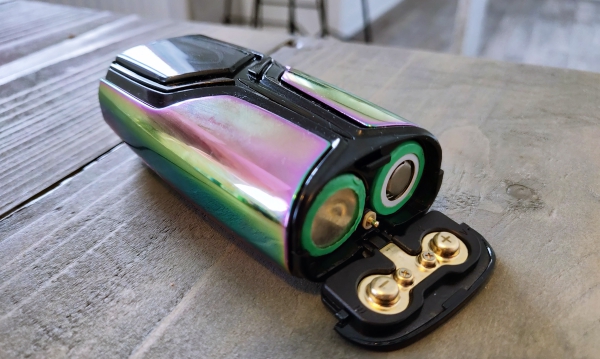 The Wotofo FLUX kit is a very impressive, perfectly executed vape kit. It has no issues or wonky elements. The tank is solid and the mod is brilliant. And this, when you’re looking at a vape kit, is all you need.

This is why I had no issue including it inside our Best Vape Mod Guide – it is utterly superb!

As a bonus, it is one of the best-looking mods on the market right now. Chuck in super-simple controls, excellent battery performance, and a great sub ohm tank and you’re in a very good place indeed.

Excellent stuff, through and through!