Vaporesso Target PM30: The Pod Mod Of The Year?

The Vaporesso Target PM30 is the newest device in the Target line. This past year has been all about “pod mods” with some being winners, and some being just another copy. So why are we so hyped for the PM30? Let’s take a look at what Vaporesso has to offer with it’s smallest device.

Vaporesso has been around for a long time, and generally take a good amount of time when it comes to research and development on a new product. As a former vendor, I can attest to their quality as we very rarely had any returns. I think the time and care that goes into the devices speaks for itself.

The original Vaporesso Target came out 3 years ago. It was a small pistol-grip shaped mod that came with a MTL tank and was hugely popular with new vapers as a “first kit”. The new PM series follows that tradition, but with a total overhaul of design and features.

We have already seen a step into the pod realm with the Target PM80. The PM80 is aimed at the open lung vaper looking for clouds, and lots of airflow. But what about those of us that like a mouth-to-lung draw and higher milligram nicotine? That’s where Vaporesso steps in with the PM30. 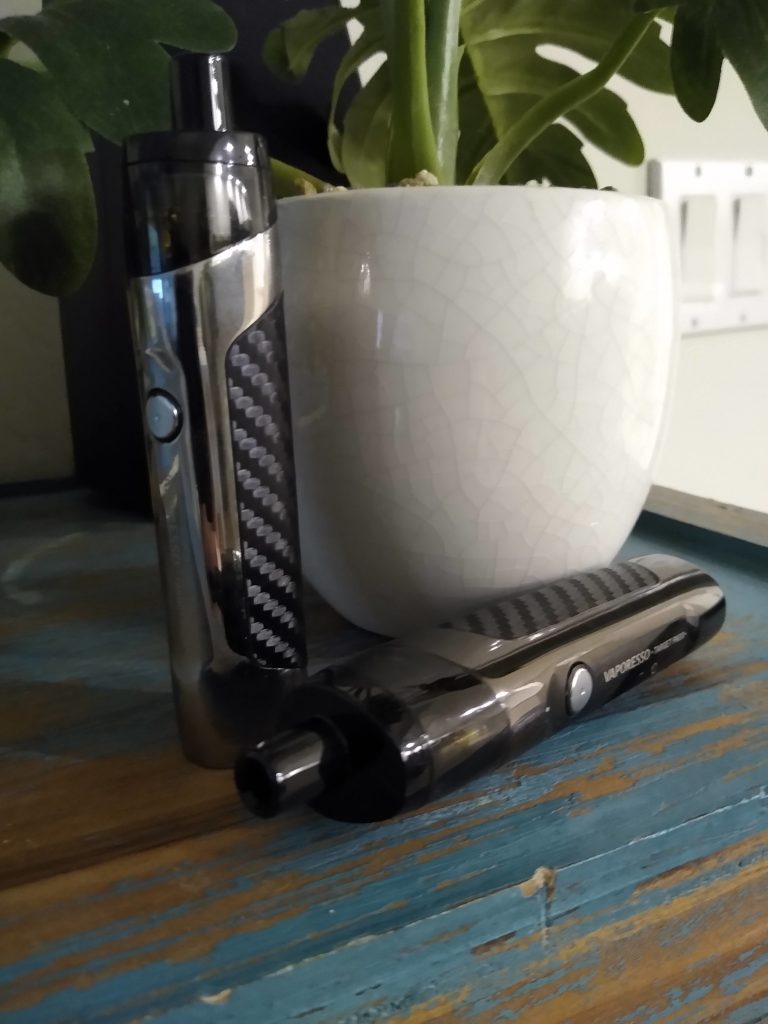 Buy the Vaporesso PM30 kit in any color! Free Shipping!

The Target PM30 has a ton of features for such a small device. The PM30 is aimed at people looking for something more discreet and easy to carry. It is lightweight and has a durable zinc alloy/aluminium construction.

The pods are easy to fill with their “Push to Fill technology. The top of the pod slides over and reveals a small fill port underneath. This makes the top of the pod mostly leak proof because you must push down with the tip of your bottle to fill the pod. Some of Vaporesso’s other devices have a similar feature as well as some more high end devices.

The power control is very intuitive and has three different settings. Three clicks of the button cycles through the settings that basically are low/medium/high. The cool thing about this function is that it auto-reads your coil resistance and attributes power accordingly.

The Target Pm30 comes in a TON of color options. You can choose the color of the grip as well as the body of the mod. All of the finishes are a nice, polished metal whether it is chrome or gunmetal/black. No matter which color combo you end up going with, the pods are all a smoked plastic color that allows you to see the level of your liquid.

I received two units for testing and I have been using them for the past two weeks or so. Since I have two units and extra pods, I decided to use one with freebase liquid and one with salt nic. For freebase I used the 0.6 mesh coil and for salt nic I used the 1.2 regular round wire coil.

The 1.2 ohm coil is fantastic with salt nic. It has a loose MTL draw and to be honest, I would prefer a little bit less inn the airflow department. The medium setting has been my preference and it hits almost perfectly for what I want in a salt nic device. It reminds me of the RPM Series of MTL coils (the closest comparison I have). I have to say though, the flavor is much better than the Smok RPM coils.

With the .6 ohm mesh coil I used some 12mg freebase liquid. While still technically MTL, this coil had much more airflow than the 1.2 ohm coil. The mesh coil has tons of flavor and once again, beats the Smok RPM coils in that department.

The battery life is fantastic when you leave the device on the medium setting. I easily got a full day and a half worth or usage. Even if you bump it up to the higher setting, you get a full day’s worth out of the battery. The Type-C charging fully charges the mod in about 35 minutes and has passthru charging. So you can use the PM30 even if its charging.

The pods took a few refills to get used to. You have to apply a good bit of pressure to a new pod when filling to push the port down and open the juice flow. It seemed a bit stiff at first but it seems to “break in” pretty fast. I also had a bit of an accident with my silver PM30: I left it on top of my car and drove off! Luckily the mod was fine minus a scuff and the pod was totally intact. 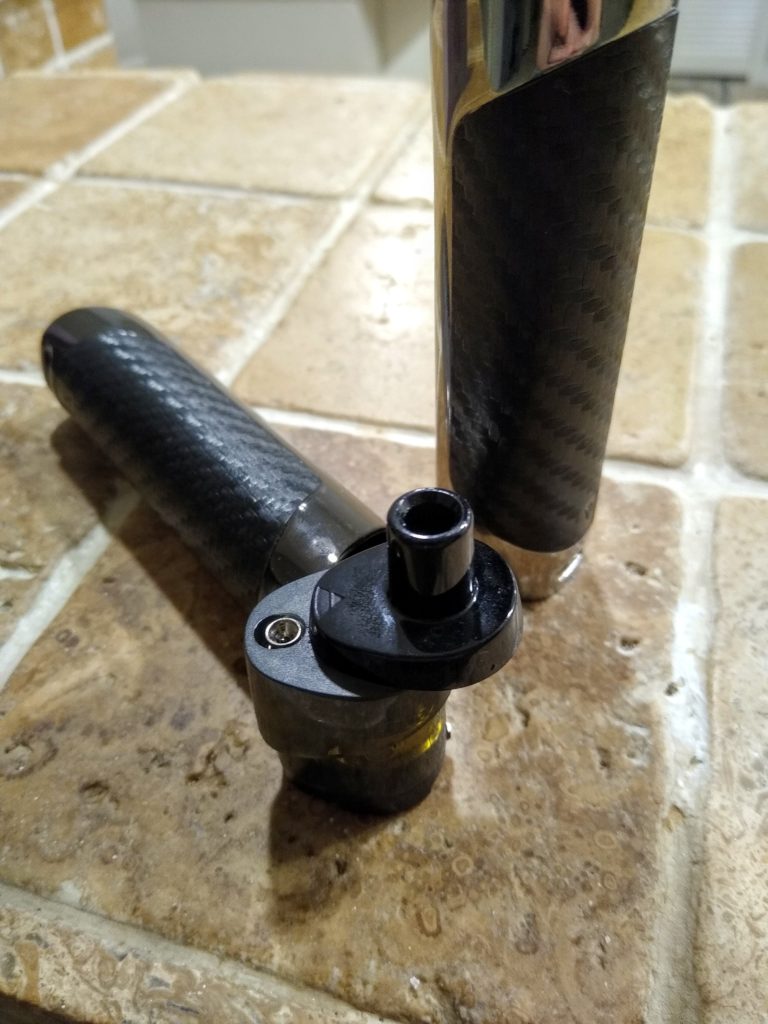 I am really amazed at how far the “pod mod” has advanced in such a short time. Personally, I love these devices for being “on the go”. I have been impressed with these little devices, especially products like The Suorin SHINE and the Smok RPM family.

Vaporesso really knocked it out of the park with the Target PM series. The PM30 has totally replaced my Smok RPM now since the coils have better longevity and flavor. I like the form factor in my hand and the PM30 fits perfectly in the pocket since it’s so slim.

If youre looking for a good pod device you should definitely consider the Vaporesso PM30. The coils are readily available and even if you have a tough time finding them, the Voopoo PNP coils work great as well. Hopefully Vaporesso keeps up the good work especially since they have said they will be complying with the PMTA in The United States. This means hopefully we will continue to see more from Vaporesso!

Get Your Vaporesso Pm30 From Direct Vapor Today! 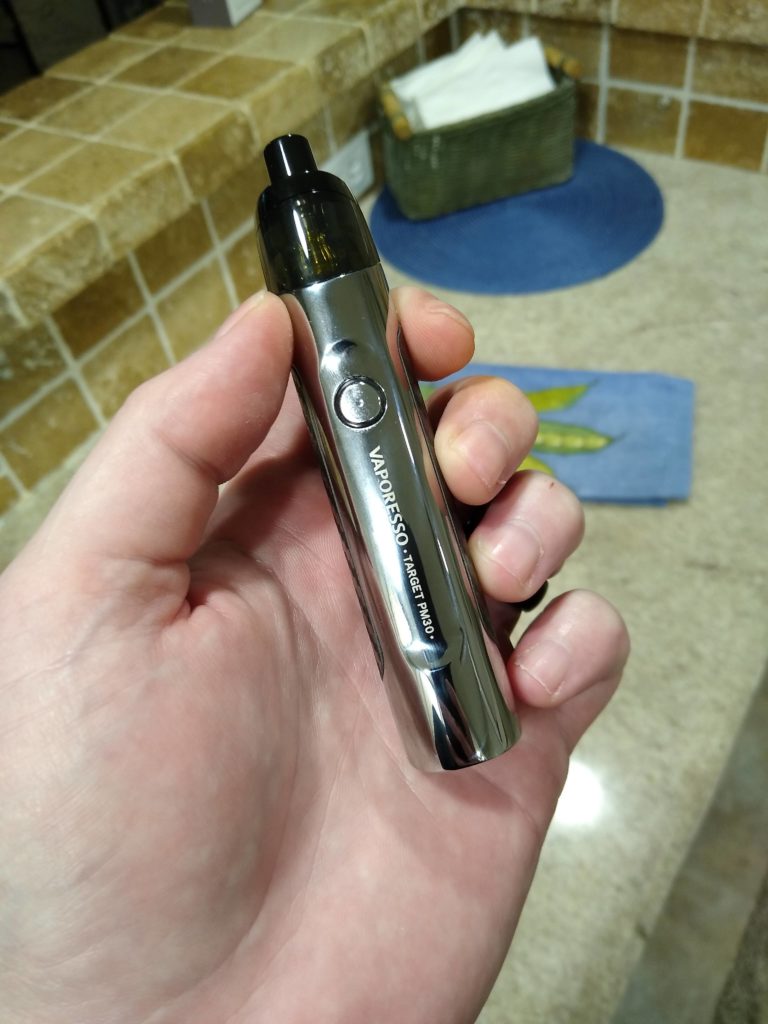