The Curious Case of The Ever-Enduring UK “Cigalike”…

In the United States, a funny thing has happened to the venerable cigalike over the past few years: It has almost completely disappeared. If you look around at some of the biggest overseas vaping markets, however – the United Kingdom and Australia, to name two examples – the cigalike has not had the same fate in those nations.

It turns out that the continued existence of the cigalike might be one of the major reasons for the health of the U.K. vaping industry.

Strap yourself in. You’re about to learn why the cigalike continues to survive – and thrive – in the United Kingdom and why companies like V2 Cigs UK continue to do brisk business.

The biggest difference between the U.S. and U.K. vaping industries is that the European Union implemented common-sense vaping regulations as soon as it became obvious that vaping wasn’t going away. Written in 2014, the E.U. Tobacco Products Directive (TPD) – which the U.K. follows – has one key rule that has affected the evolution of the U.K. vaping industry in ways the law’s creators couldn’t have possibly foreseen. That rule is a limit on the nicotine strength of any e-liquid product; the maximum allowable nicotine strength is 20 mg.

While Europe regulated e-cigarettes right away, the U.S. took a wait-and-see approach and didn’t announce regulations for the vaping industry until August 8, 2016. On that day, the FDA froze the current state of the vaping industry and demanded that no new vaping products enter the market without first going through the pre-market approval process. By then, though, JUUL – now the world’s best-known vaping product – had already been released.

During the early years of the product, JUUL pods were available in just one nicotine strength: 5 percent. JUUL was incredibly popular. Years passed before PAX Labs – the maker of JUUL before JUUL Vapor was spun off into a separate company – was able to manufacture enough pods to meet demand. Since the 5-percent nicotine strength was higher than what the TPD allowed, JUUL wasn’t legal to sell in the U.K. or any other E.U. state.

The Cigalike Hasn’t Led to a Youth Vaping Epidemic

Let’s recap. When the FDA announced its vaping regulations for the U.S. in 2016, every product that was already on the market was allowed to remain on the market. In the U.K., meanwhile, the law required all vaping product manufacturers to limit the nicotine in their products to less addictive levels. What are the results of those differences?

The U.S. Has a Youth Vaping Epidemic

In the U.S., the most popular vaping product doesn’t look like a cigarette; it looks like a USB thumb drive. It is incredibly easy to conceal. It produces very small vapor clouds, so stealth vaping is easy with it. It also delivers nicotine as efficiently as a tobacco cigarette.

For JUUL, those features turned out to be a recipe for disaster.

The young do not always do what they’re told, and children sometimes have a nasty habit of trying things they shouldn’t. In the case of JUUL, many children who tried it ended up getting hooked on nicotine. An estimated 5 million U.S. children now vape regularly. Around one-quarter of high schoolers report having vaped in the last 30 days.

It’s obvious that the U.S. has a serious youth vaping problem on its hands. As it turns out, though, the U.K. has not had that same problem at all. According to a survey conducted by ASH, just 1.6 percent of British youth vape regularly.

In the survey, 83.5 percent of children reported either that they didn’t know what e-cigarettes were or that they had never tried vaping. The vast majority of the children who reported having tried vaping did not continue with it.

The two most likely reasons for that are the lower nicotine levels allowed in the U.K. – a nicotine strength of 20 mg has far less addictive potential than a strength of 50+ mg – and the design of the cigalike itself.

The shape of the cigalike is purposely designed to appeal to smokers – there’s nothing fashionable about cigalikes whatsoever – and cigalikes are much more difficult to conceal in school because every teacher knows what a cigarette looks like.

If you’ve been vaping long enough that you’re taking the time to read about your hobby online, chances are that you’re not using a cigalike. You’re puffing away on a mod, thinking back none too wistfully about the gas station cigalike that you used when you first made the switch to vaping.

It’s important to remember, though, that the traditional e-cigarettes experienced vapers often deride are still the points of entry that most new users use when they make the switch. Most people aren’t using sub-ohm mods when they first start vaping; they’re using traditional e-cigarettes. You don’t hear about the people who never bother upgrading to larger vaping devices because, for them, vaping isn’t a hobby.

They’re not spending their time reading websites like this one.

In the U.K., however, it’s possible to make a case for the notion that cigalikes have helped to preserve the nation’s entire vaping industry. Cigalikes don’t have broad appeal among children, and those who do try them quickly discontinue use because they aren’t hooked.

We, on the other hand, have an alleged full-fledged underage vaping epidemic and a President who has just threatened to take our flavored e-liquids away.

The cigalike is looking like a pretty smart device these days. 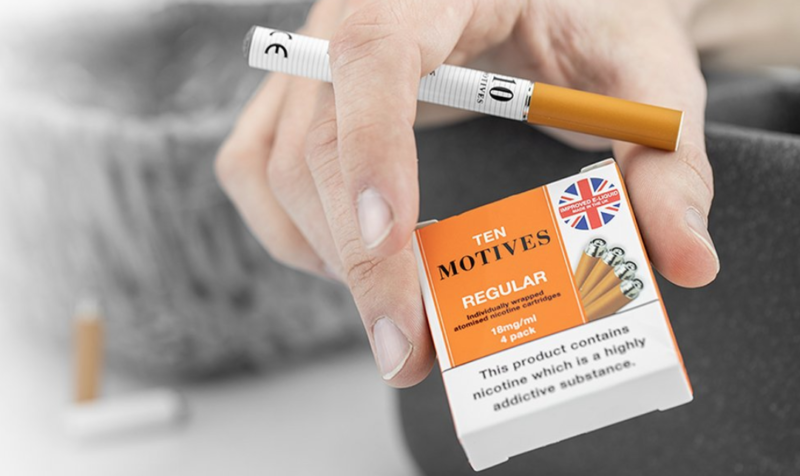