How To Wick The Wotofo Profile Unity RTA (Spoiler: It Ain’t Easy…)

RTAs are great when they’re easy to live with and wick simply. The Wotofo Profile Unity RTA is NOT one of those RTAs, unfortunately. In fact, it is easily one of the trickiest to wick RTAs I have used in a good long while.

The main reason for this is the deck and the fact the Wotofo Profile Unity RTA uses mesh coils instead of standard wire coils. It creates a couple of problems which we’re now going to address. Once you fix these issues, you should be able to wick the Profile Unity RTA properly.

How To Wick The Wotofo Profile Unity RTA Correctly 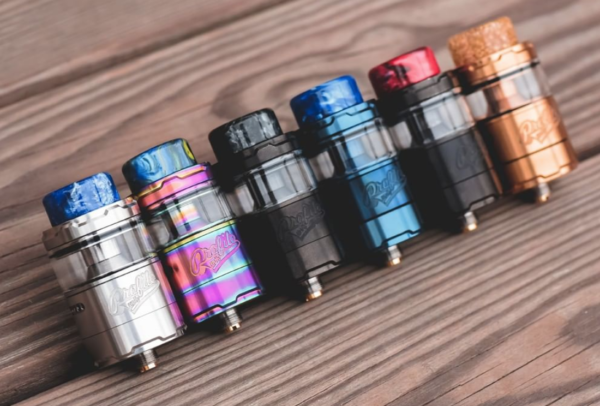 OK, I’m going to assume you’re good with installing the mesh coils. Once you’ve done this you need to get your cotton right. The stuff Wotofo provides is WAY too thick, so you need to trim it down.

What I like do is this: take a piece of the cotton and rip it in half, lengthways. This gives you an ideal thickness for wicking the tank. Once you’ve ripped it in half, squeeze down one of the ends and push it through, under the mesh coil. It should be nice and snug.

You Need To Clip The Wick In A Weird Way

Now that the wick is in place, you need to trim off the ends. Remember, you don’t need long wicks for this RTA, clip them pretty close to the edge of the deck. Next, you need to make a diagonal cut, shaping the wick correctly for the inlets – this bit is important.

Here’s a visual of what you need to do with your wicks. See that horizontal cut? Make sure you do it. 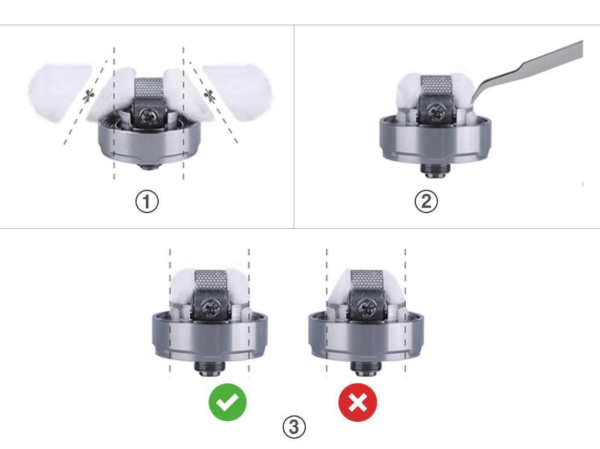 When you’ve clipped your wicks correctly, you need to slot them down into the inlets on the side of the deck. If they’re too long, trim some more off, you want them just resting in there. Make sure there’s enough room for the juice to come through too.

Once you’ve done this, you’re ready to fill up the RTA with E Juice and test out your build. Did it work? Is the flavor nice and intense? If it worked, it should be. If it isn’t, you need to recheck your wicking and make sure it is done correctly.

If you read my review of the Wotofo Profile Unity RTA, you might not have bought one. I do like this RTA, but it is incredibly fiddly to wick correctly the first time. It took me about five attempts to really nail it.

And for me, this just isn’t good enough. Not when you can pick up a multitude of RTAs that never leak and are easy to wick. Dealing with a tank like the Wotofo Profile Unity RTA just feels like too much effort. 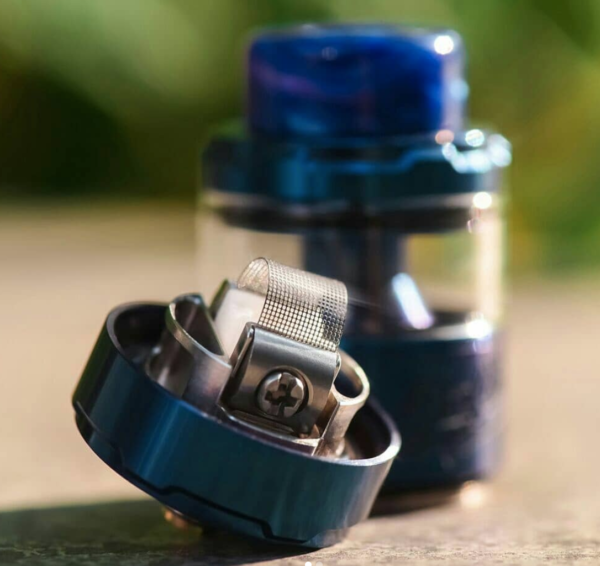 Don’t get me wrong: when you get it right, the flavor is incredible. But like so many RTAs before it, you have to get it JUST RIGHT in order to get the maximum performance from it. And there is no room for error. As I said: it took me about five attempts to figure it out…

And that’s basically four attempts too many.

Wotofo Profile Unity RTA Alternatives That Are Easy To Wick?

As noted earlier: there are TONS of RTAs around right now that are A) easy to wick, and B) do not leak. My current favorites are detailed inside the table below – it’s from VapeBeat’s Guide To The Best RTA Tanks.

I’d take any one of the RTAs in this table over the Wotofo Profile Unity RTA any day of the week. I do like the Profile Unity RTA now that I have it working correctly, but it was fiddly as hell to get right. And that’s always annoying. Especially when I have other RTAs that deliver just as good flavor and I can wick them without even thinking about it.