The Wotofo Profile RDA is one of the best RSA (rebuildable squonk atomizers) around.

It looks badass, has great airflow, and it kicks out plumes of tasty vapor.

It also made it onto our Best RDA Guide For Late 2018 too – and that is no mean feat!

But because its main party trick involves mesh coils, which are slightly different to your run of the mill Clapton or Alien coils, new users might find themselves in a pickle when setting it up for the first time.

By the end of this guide you’ll know exactly how to install, wick, and set up the Wotofo Profile RDA properly.

And it’s exactly pretty easy, so this won’t take long at all.

We’re going to break this guide down into parts, so it’s easy to follow and you can build your Wotofo Profile RDA as you go.

The deck on the Profile RDA is pretty simple; there’s not much to look at. Just some clamps and a hole for where the juice is squonked in.

Simplicity is always good, and Wotofo has nailed this aspect on the Profile RDA. 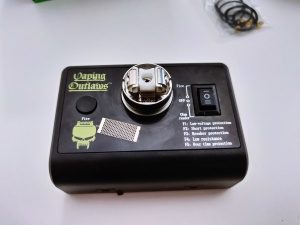 As you can see in the images, the Wotofo Profile RDA has a ceramic airflow port in the center, between the clamps. This is what your coil arches over.

The install itself is actually very simple: it takes about 10 seconds tops to get the mesh coil inserted and tightened into place.

You’ll want to lose the clamps on either side. Use the provided screwdriver to do this.

Installing Mesh Coil One Side At A Time 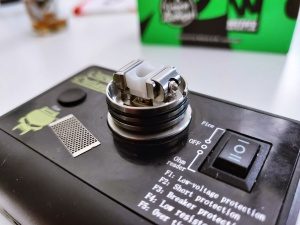 Turn each screw a few times, just until there’s a millimeter or so of room, so you can slot the coils leads into place.

Firstly, take the coil in your hand and insert one end of it into the clamp; I started with the right one, but you can do it either way.

Once the coil is in place, hold it there, and tighten the screws until it is fastened in place.

Then, do the same on the other side. And, BOOM, you’re coil is installed.

4) Finishing Off The Coil Install

You’ll want an arch to the coil, so that it goes from one clamp to the other with an up-and-outwards curve to it – see the image below. 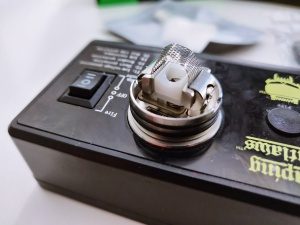 See How It Arches From One Side To The Other?

It doesn’t have to be perfectly cylindrical in shape. As you can see, mine’s a bit wonky, but you get a general idea.

Wotofo includes a TON of goodies in the box, including a Clapton coil as well. In order to wick the Wotofo Profile RDA, you’ll want to take the cotton from its bag. 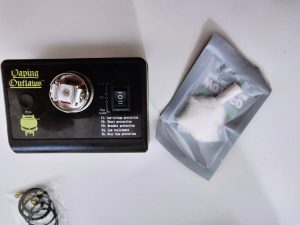 One end of the cotton as a shoelace-like fixture on the end of it; you use this to push and pull the cotton through the coil. 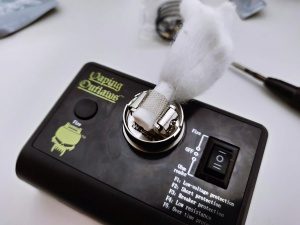 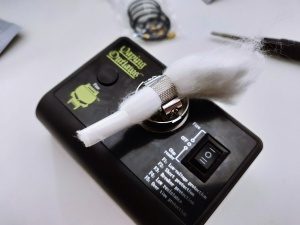 Once the cotton is through and correctly placed, you’ll want to trim the ends. I tend to leave it a couple of millimeters over the edge of the deck.

6) Trimming Down The Wick

The cotton Wotofo includes is THICK and VERY dense, so you’ll definitely want to do some trimming once the cotton is cut and in place. 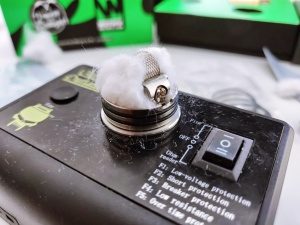 The Cotton Trimmed Down 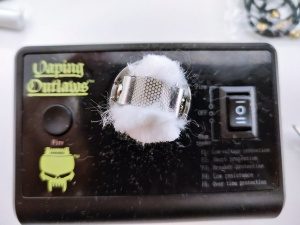 To do this, simply fluff up the material, you can use the screwdriver for this and then snip at it with scissors until it’s more to your liking.

Once everything is trimmed and in place, your next move is priming the cotton. Simply take your E Juice and soak the cotton until it completely saturated. 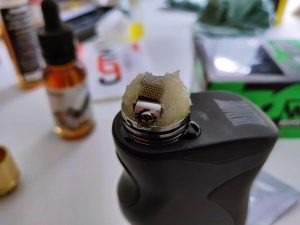 The last step is simple: attach the top cap and adjust the airflow; you do this by twisting the sides to expose or cover the AFC (the holes on the side). 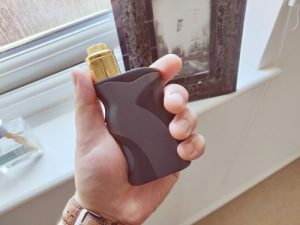 Take a hit and enjoy that dense-ass vapor and flavor.

Thing To Keep In Mind?

The Wotofo Profile RDA ($29.99 / VaporDNA) is designed, predominantly, for squonking, though you can use it for dripping too.

Personally, I haven’t dripped all that much in 2018 simply because there are so many quality squonk mods around.

And the Profile RDA is easily one of the best RDAs around right now.

Squonking is WAY more convenient, as you can carry around 8-10ml of E Juice inside the mod, and this allows you to run an RDA without ever having to drip juice.

As soon as the wick is dry, simply squeeze the squonk bottle and fresh E Juice is pushed from the mod up into the atomizer.

If you’re in the market for a badass squonk mod, the following squonk mods are the best we’ve tested so far in 2018…

Gear Used In This Guide: