This week, Geekvape celebrates 3 years of The Aegis line of mods with the reveal of the Aegis Boost Plus. Does their new offering hold up to the legacy?

I think everyone is familiar with Geekvape and its brilliant line of Aegis products. Over the past three years, they have constantly updated the line, with the selling point being durability. They all tout an IP67 rating, making them waterproof, dustproof, and overall “indestructible”. 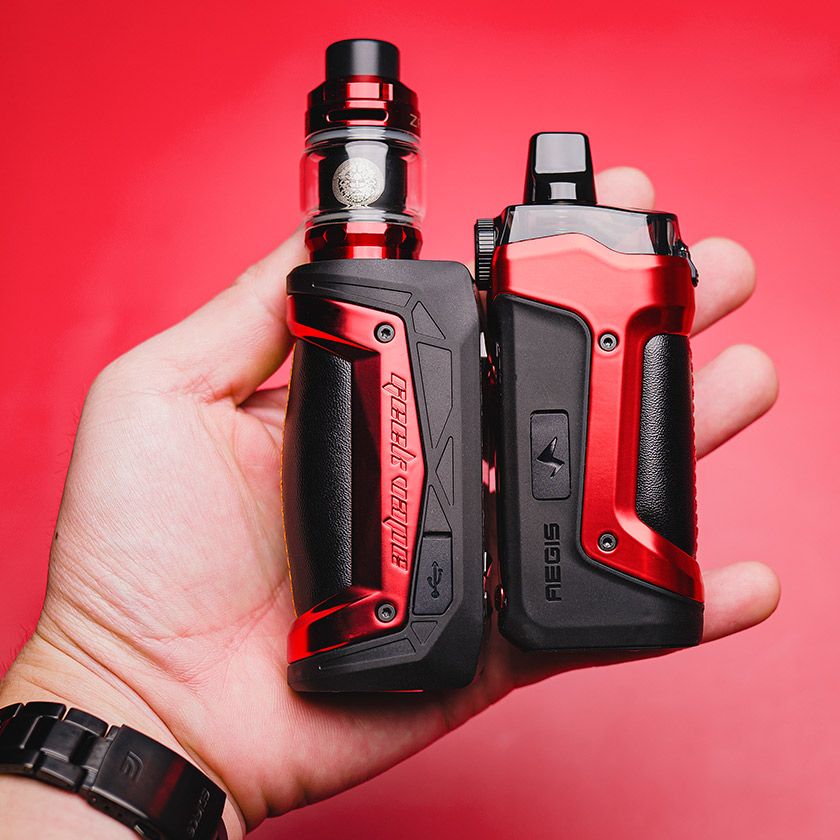 The Aegis Boost was Geekvape’s first foray into the pod mod craze. It carries all of the durability features of it’s bigger brothers, it’s just quite a bit smaller (as you can see above). But this week I got to try out the brand new Boost Plus, and I’m sure everyone is wondering… does it lives up to the hype?

The new Boost Plus comes in the usual Geekvape colors, and with quite a few updates. The biggest new feature is that the device takes a single 18650 battery. This allows you to double the battery life of the original 1500 mah Aegis Boost. I tested the device with a Hohmlife 3000 mah battery, which is held in with a sealed screw-cap design seen on the Aegis Solo.

Coils also have cross-compatibility from the original device. Our sample package came with the .4 Ohm coil, and the .6 ohm coil. Also included was a USB cable, a 510 drip tip, and a coil removal tool.

So what’s new? There are tons of new features with the Boost Plus. But not all of them are good in my opinion, and I will touch more on that later.

The 40-watt Boost Plus has a large color screen, with a theme that is reminiscent of the Aegis X. The screen has your battery life, puff counter, and wattage settings. The Boost Plus now has different modes beyond just wattage including TCR, Temp control, and wattage curve modes. Something the original Boost lacked.

The controls are the same as the original, with slightly larger buttons. The new, larger pods hold a little over 5.5ml of liquid, in my testing, and have the familiar airflow control of the original. Geekvape has stated that the new pods are virtually leak-proof, and sealed with “ultrasonic technology”.

Testing time! I am most familiar with the .6 ohm Boost mesh coils, so that is exactly what I used. Like the original, I prefer the 510 drip tip to the “duckbill” style, and at 17 watts, the flavor was great with my freebase e-liquid. The airflow is more plentiful than the original, also.

The frame, buttons, and all materials feel just as durable as any of the Aegis line of products. No button rattle and the device feels extremely sturdy. As this was my only sample, I did not drop test it. But I have no doubts about this thing taking a real beating, and living to vape another day.

There will be a future rebuildable pod release, and hopefully, it is as good as the original Boost RDTA style pod.

Geekvape is a company that listens to its customers, and I think that shows with all of the new features. However, I think that the new Boost Plus comes with just as many pros, as it does cons.

I always like to address the cons first. The main issue I had with the Boost plus is the size. It is substantially larger than the original Boost and weighs quite a bit more as well. And I think that makes it less portable/pocketable. I feel like a small tank and a single 18650 mod are about the same size and weight as the Boost Plus.

My other issue is the use of regular Micro USB charging. Many other brands have switched over to USB-C charging, and I can’t understand why Geekvape didn’t follow suit. Micro USB is being phased out of technology, so why not make your device future-proof?

Most other pod devices bump up the wattage to 80 watts, with the addition of a 18650 battery. For the people that plan on using the stock coils, 40 watts will get the job done for sure. But with the RBA addition, I can see this being problematic with lower ohm builds.

And finally, while we now have a full-color screen, the font is very tiny. I found it hard to see menu options, even though the screen is much larger than that of the original. It seems Geekvape could have made more use of the real estate that they have on the larger screen.

But with the bad, comes quite a bit of good. But it will be up to you if the pros outweigh the cons.

The biggest pro for me is the new, larger pods. Not only are they easier to refill, but there is no condensation, no leaks, and the best part: It is easier to see your juice level. Making coils cross-compatible is fantastic, and I’ve been told there will soon be new coils released for the Boost Plus.

The other standout pro for me is the addition of temp control menus, and wattage curve menu, which will come in handy when the RBA eventually hits the market. For those of you that enjoy temp control vaping, this will be a step up from the original Boost.

Is This For You?

Geekvape has a great track record for being innovative and consistently delivering a high-value to quality ratio. If you can get past the cons, then I think this could easily replace your original Boost. But for me, it is just too large and bulky compared to the compact original. I like the option of having more battery life, but it, unfortunately, comes with a cost.

The Boost Plus is available for pre-order on Geekvape’s website, and all major vendors. 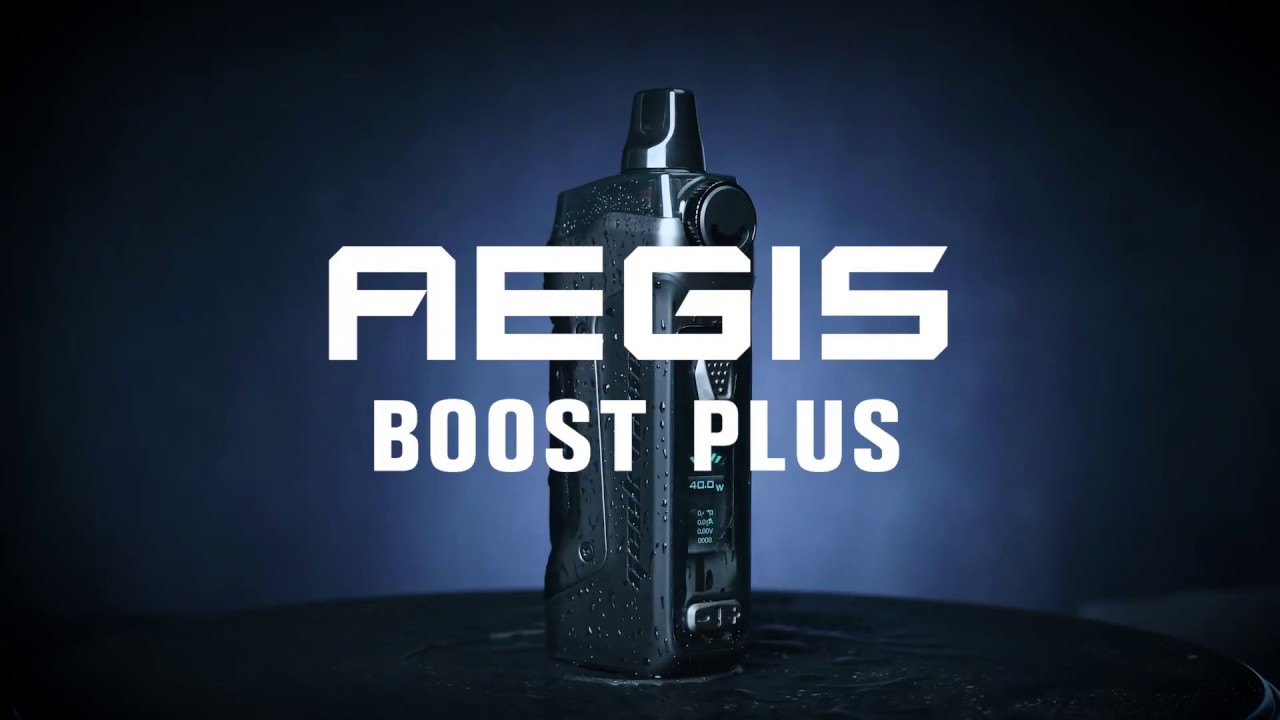