Wotofo’s New MTL RTA Has A COG System Inside it!?

The Wotofo COG RTA is an MTL vape tank with a difference – it has a cog system in its base that is designed to help you create a totally custom MTL draw.

I don’t usually order vape stuff, especially tanks on a whim. But I made an exception today when I saw that Wotofo has just released a brand new MTL RTA called the Wotofo Cog.

I watched a couple of videos, liked what I saw, and coughed up the $39.99. And the reason? I’m crazy about MTL vaping; I love Wotofo tanks; and, this tank, with its advanced AFC, solves a lot of problems for me. Notably, it’ll allow me to completely customize the draw, so I can get it just right. 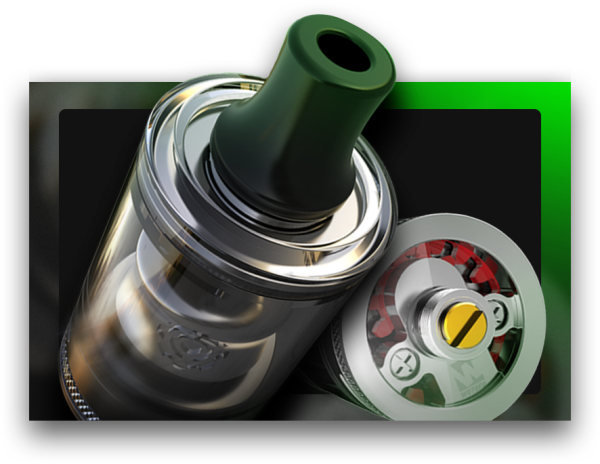 The Wotofo Cog MTL RTA was designed by long-time Wotofo collaborator, Suck My Mod (SMM), and it has one fairly unique design feature – a cog.

The COG is paired with a drip tip and is designed to condense the vapor for mouth to lung draws. Made of Delrin and sized in 510, it keeps the heat down to a minimum while offering sizeable improvements to the overall flavor, according to Wotofo.

And if that wasn’t enough to get you excited, the cog can do other stuff too…

The COG, thanks to its gear mechanism, has 5 different internal air inlets that accurately control the amount of air hitting the coil. It also lets you adjust the direction of the air too, so you can properly dial-in a custom MTL draw.

And then there’s the deck. Matt (AKA Suck My Mod, AKA SMM) really knows how to put a nice deck together. The one inside the Wotofo COG RTA looks to be no exception to this rule. It’s a single coil deck with clamps and, what looks like, a super-simple install process.

It was this aspect combined with the cog system that sold me on this tank. Also, I’m a massive MTL fan. I vape MTL tanks more than anything else. And when it comes to MTL RTAs, I’m an addict; I want to try the new ones as soon as they drop.

Usually, I wait for a review sample, but with the Wotofo Cog, I got impatient and just went out and bought one. Wotofo makes killer tanks, so I have no concerns about the performance of this MTL RTA.

It’ll be killer. And it should arrive just in time to test it out on my new Lost Vape Centaurus vape mod (that bad boy should be arriving any day now, and I am super-excited).