If you’ve been a long-time vaper, chances are, you’ve come across clone vape devices. Everything from RDAs, mechanical mods, and even e-liquids have fallen prey to the Chinese knock-off market.

So, in the interest of science, I dived deep into the underbelly of the vaping clone market to see if saving a few dollars on an authentic makes financial sense.

Variety is the Spice of Life 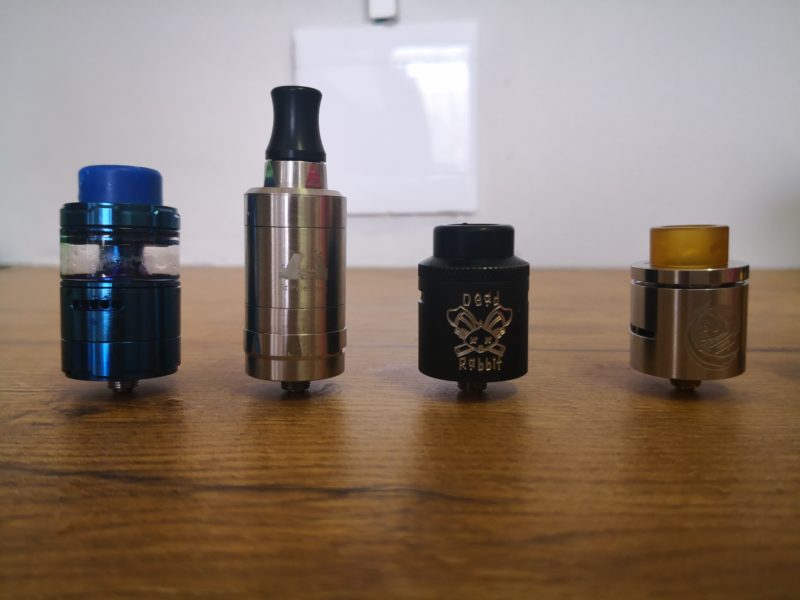 Most of the gang was here

My first port of call was into the rebuildable section of a company that specializes in fast technology. I didn’t have an action plan per se but instead searched for RDA and RTA to see what popped up. At the time of writing, entering “RDA Styled” into the search bar of the most popular Chinese suppliers’ website, 937 results were returned.

I got all my clone tanks via FASTTECH. I’m based in South Africa and they took around three weeks to arrive; if you’re in the USA or UK, it might be quicker – but not by much.

Now bear in mind, by specifying “Styled” this website only returns clones of authentic devices. One more time, 937 results. In order to make a fair deduction on the value and quality of these products, I added only items that I currently own the authentic versions of.

With a couple of clicks, I was able to locate and purchase the cloned versions of the Dead Rabbit, C4, Profile Unity, Kayfun Prime, CSMNT, Armageddon, The Rig V3 mechanical mod and a Timekeeper mechanical.

All in, just under USD120 for the lot, substantially less than their authentic counterparts. I clicked buy and waited by my PO Box…for 3 months. Pro tip: shipping from China is excruciatingly slow.

I had a good selection and was confident that I could accurately asses the quality between the authentics and fakes. The results were not quite as expected.

I started with the Profile Unity, purely because it’s a widely used, easily sourced product. First impressions were good, the tank had no logos present and somehow made me feel a little better about the whole ordeal and build quality seemed okay at the price.

It is recommended to thoroughly wash all devices before use and while disassembling the fake Unity, things started getting messy. Not only was the airflow ring so loose that it had virtually no effect on airflow. The wick ports also had some sort of cotton/paper material stuffed into them.

The reason was clear, the material used on the deck is so thin that the ports would collapse with the tiniest of bumps. Still, I soldiered on.

I wicked up both devices exactly the same, filled them with the same juice, and left them for 5 minutes to properly prime. Within a couple of seconds, nearly half the tank of the fake had leaked out of the ill-fitting airflow.

It vaped fine, but I wasn’t willing to waste more juice. 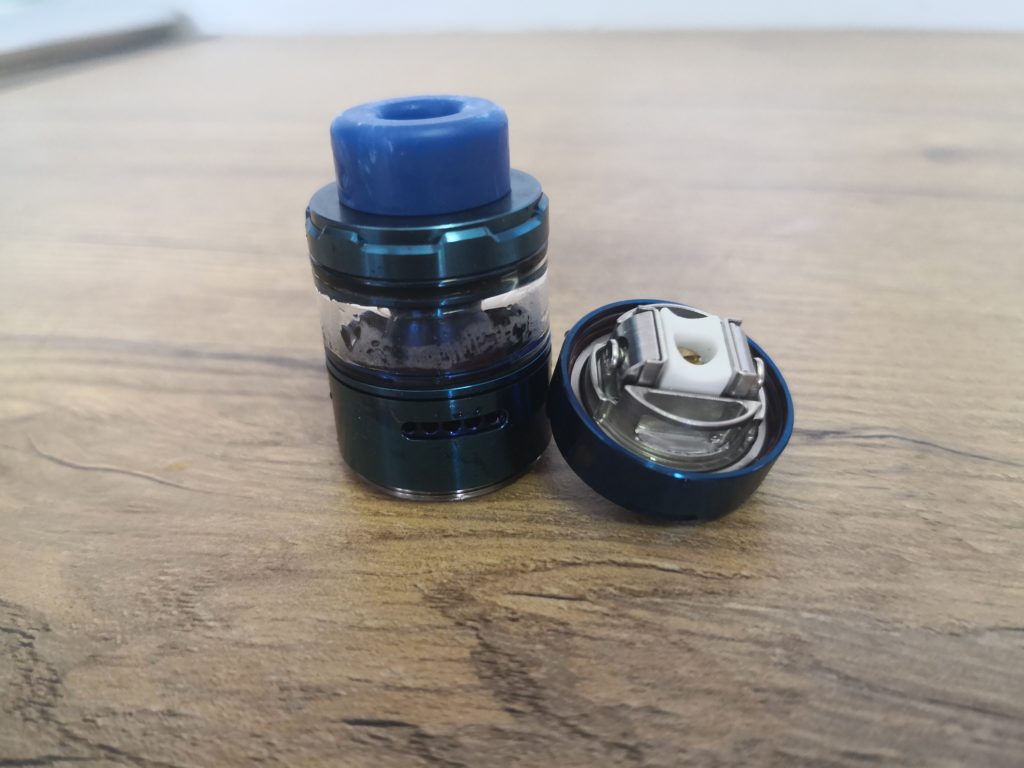 Next up was the Kayfun Prime. I was extremely impressed by the clone, only if just for a while. The build quality on this thing was phenomenal, so close to the original, you would have trouble distinguishing between the two. It vaped great too and had no leaking issues. Sadly, the airflow ring was miss-aligned so the airflow was turbulent – another failure. 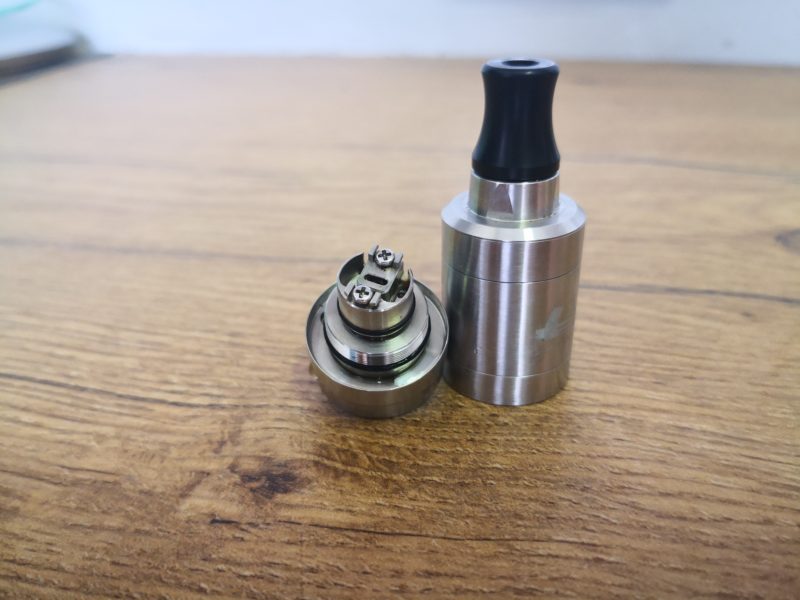 The Prime was somewhat usable

I decided to try something simpler and whipped out the C4. Again, great build quality, the difference here was that I could find no flaws in the machining and performed amazingly.

Those that know the C4 know that it has to be used with the squonk pin. Any guesses what wasn’t included in the spare’s baggy? I tried retrofitting the bf pin from the authentic with no luck, failure again. 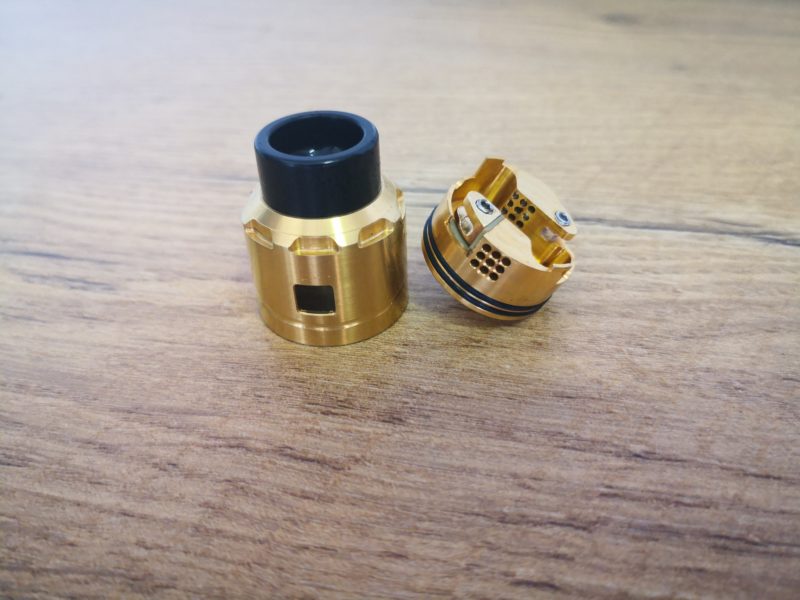 Device after device had some sort of issue, some mild like the airflow slots on the CSMNT RDA not being tapered in as the original to severe like the Armageddon cap bending with less than slight pressure.

Of all the RDAs and RTAs, the C4 was the best of the lot while the Dead Rabbit looked the closest to the original (even though I got sent a V2 instead of the OG) The Profile Unity was the worst-performing of the lot, actually, it was unusable. 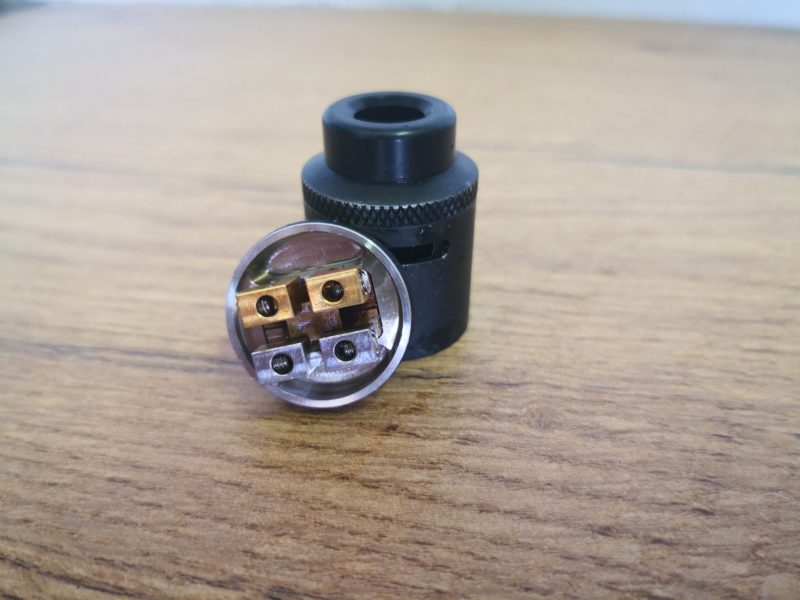 Indistinguishable from the authentic

Maybe the Mechs are Better

I gave the atomizers a break to see if the sub USD30 mechs could hold their own to the high-end devices they are based. The Rig V3 was up first. I was absolutely blown away with how close the Rig was to the original and how well it performed.  Gram for gram the Rig V3 clone matched up to the original and performance-wise matched it equally.

If all clones were built like this, the high-end mech market would be in serious trouble.

Thankfully, the Timekeeper fake restored the balance with less than poor build quality, aesthetics that don’t match the item description, and a fire switch that fell apart after 3 uses.

The original Timekeeper is by no means a great device, but compared to its Chinese cousin, it’s the holy grail. I’ve had about enough of risking my life on these things, I’ve come to a conclusion. 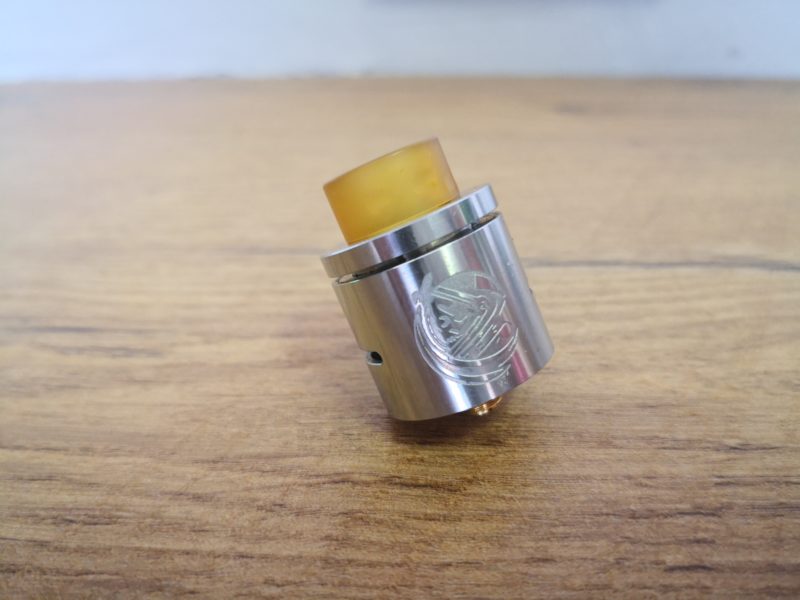 So, is it worth spending your money on clones from China? Well, it depends. Morally, the answer will always be no. There are some really good clones out there, the C4 and Rig as an example, the DR also impressed heavily. And you can get them all via FASTTECH – so long as you don’t mind waiting for them to arrive!

Unfortunately, the success rate was relatively low and out of all the devices, only 3 were really usable. If your aim is to get an atomizer on the cheap, chances are you’re going to be spending more than you would trying to get a properly functioning device than you would have just getting an authentic.

In light of that, read our reviews, get an authentic that appeals to you and buy once.

The knock-on effect is that you support R&D these companies which allows them to improve their products even further, it just makes sense.