JUUL Pods are PRICEY, especially if you vape a lot – but there are alternatives. So… Are ZIIP Pods any good?

JUUL pods are basically too expensive. This is why the company is valued at $16 billion. Investors know, once users are inside the JUUL ecosystem, they’ll spend a fortune on pods.

However, the rise of third-party pods – pods like ZIIP Pods – mean you can now run your JUUL for a lot less per month. Plus, ZIIP Pods taste great, are larger than JUUL’s standard pods, and there are more flavors to choose from.

I’ve tested ALL the ZIIP Pod flavors now and, for the most part, they’re all really good. And because they’re larger, they last longer. Do they taste better than JUUL’s? Almost. And for a price difference of $6 a pack, that’s close enough for me! 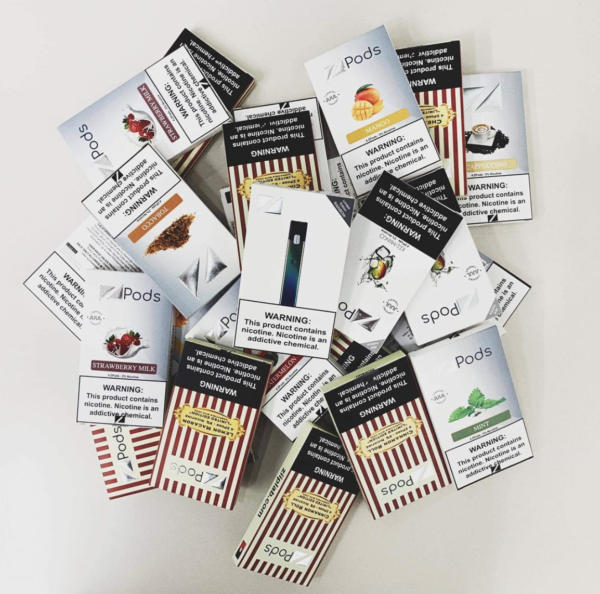 If you use a JUUL for any amount of time, chances are you’ve noticed a growing hole in your monthly outgoings.

Tack on to this the fact that they don’t last particularly long (around 200 puffs each), and you’re looking at a rather expensive habit.

ZIIP Pods are a cheaper alternative to JUUL Pods that aren’t made by JUUL; no, these are third-party pods that cost less and work in exactly the same fashion.

They’re also bigger than JUUL’s pods and there are more flavors to choose from.

You also get ALL that Nic-Salts goodness as well. Just for less money per pack.

But are they any good?

ZIIP Pods vs JUUL Pods: What Are ZIIP Pods?

There are a couple of notable differences between JUUL Pods and ZIIP Pods, and these are as follows:

They’re also cheaper ($10.99) than JUUL Pods, and you still get four in a pack. And because of this, ZIIP’s pods tend to last a bit longer; not by much, mind, but it is noticeable.

As you can see, ZIIP’s line of pods includes WAY more flavors than JUUL’s rather meager selection. 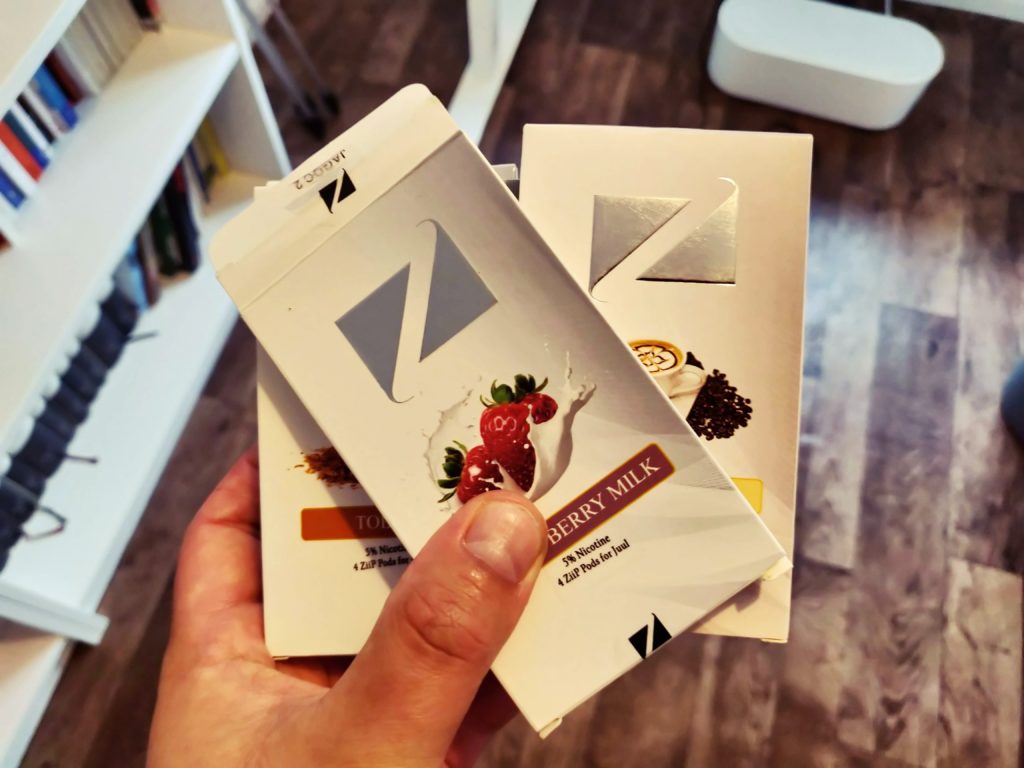 My HAUL of ZIIP Pods

They also vape really well too; I find they actually tend to fit better in the JUUL, as they’re larger and this, in turn, appears to solve some of the JUUL’s issues when it comes to mis-fires and sub-par hits.

Out of ALL the flavors, my two favorites were Strawberry Milk and Mango – they were both delicious. I do rather like its tobacco flavor as well. And the Watermelon.

The flavor profile is clean and the notes are all easily recognizable. I’ve been switching between JUUL pods and ZIIP Pods for a few months now, and while I do think JUUL’s have slightly better-defined flavor profiles, the ZIIP Pods are still very good.

I don’t think there is a massive difference; it’s a bit like Coke Zero versus Coke; there is a difference, but they both taste pretty good.

The main thing here is that you’re getting decent flavor AND more choice for less money.

This is what keeps me coming back to ZIIP Pods time and time again.

Bottomline: when it comes to flavors for your JUUL vape, ZIIP Pods provide WAY more options (and they’re cheaper as well).

To be honest, I have more issues with the proper JUUL Pods than I do with ZIIP Pods.

I’ve seen a lot of people online claiming that they’re not as good flavor-wise as JUUL’s, but I just don’t think this is the case.

JUUL Pods are great an all, but to write-off ZIIP Pods, especially for flavor performance, is nuts, as they’re actually really rather good in this respect. 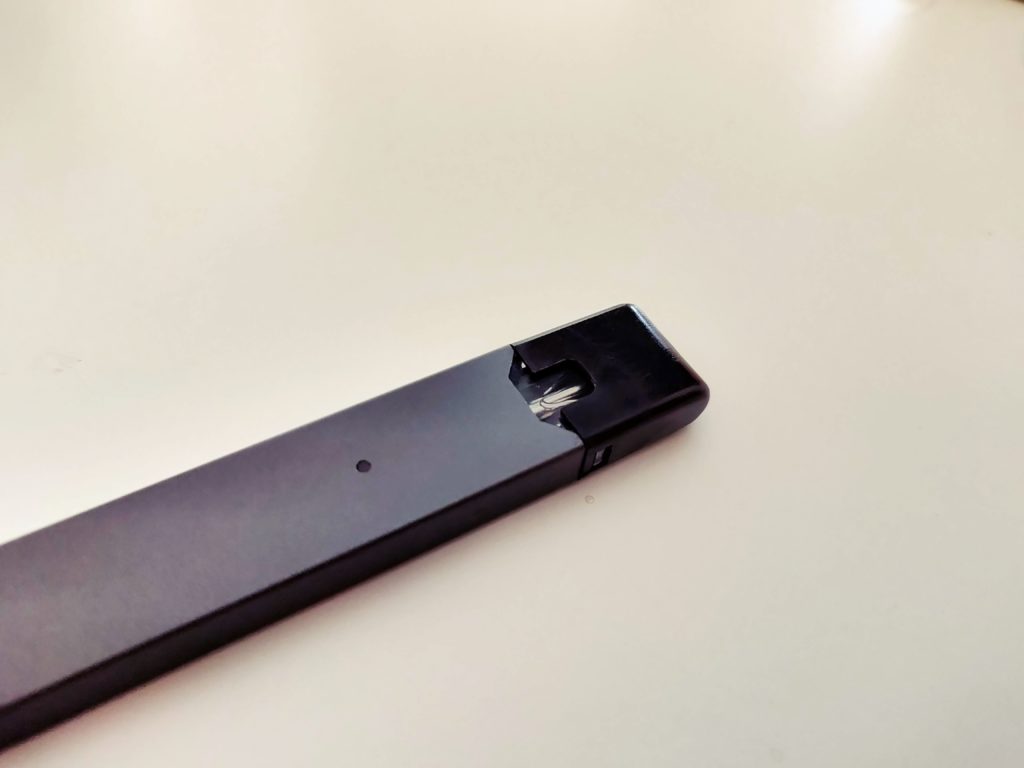 ZIIP Pod on My JUUL

The only potential issue you might run into is that they don’t feature some of JUUL’s native technology inside them; you can draw too hard and get a dry hit, for instance.

I’ve vaped around five packs now and I haven’t had a single dry hit. Maybe I got lucky with my pods, maybe not. Either way, I didn’t have ANY issues using these pods with my JUUL.

Also: flavor is kind of subjective too. What you like, I may despise. However, I think I’ve vaped enough juice and pods over the years to separate the wheat from the chaff, so to speak.

I found the ZIIP Pod’s flavor to be decent enough. It tastes exactly as it should, and the hit you get off them is LARGE.

Why You’d Buy ZIIP Pods (Instead of JUUL Pods)

Pretty simple: money – ZIIP Pods are quite a bit cheaper than JUUL’s pods. And for this reason, they represent excellent value for money if you’re sick of overspending on JUUL Pods.

If you’re unsure whether these are for you, just get a couple of packs and see how you go on.

I don’t think you’ll be disappointed by how they perform or their flavors.

I know JUUL is a big, widely visible brand. But it does charge too much for its pods, and viable alternatives like ZIIP pods are exactly what’s needed to keep the company grounded.

Why would you spend an extra $5 on pods just because they’re official? I mean, if the flavor is decent (which it is) and they work (which they do), why would you use them?

I’m all about value for money when it comes to pod vapes, which is why I tend to favor refillable systems, but if you must use a JUUL, it’s definitely nice to know that you have a viable, cheaper alternative to JUUL Pods. 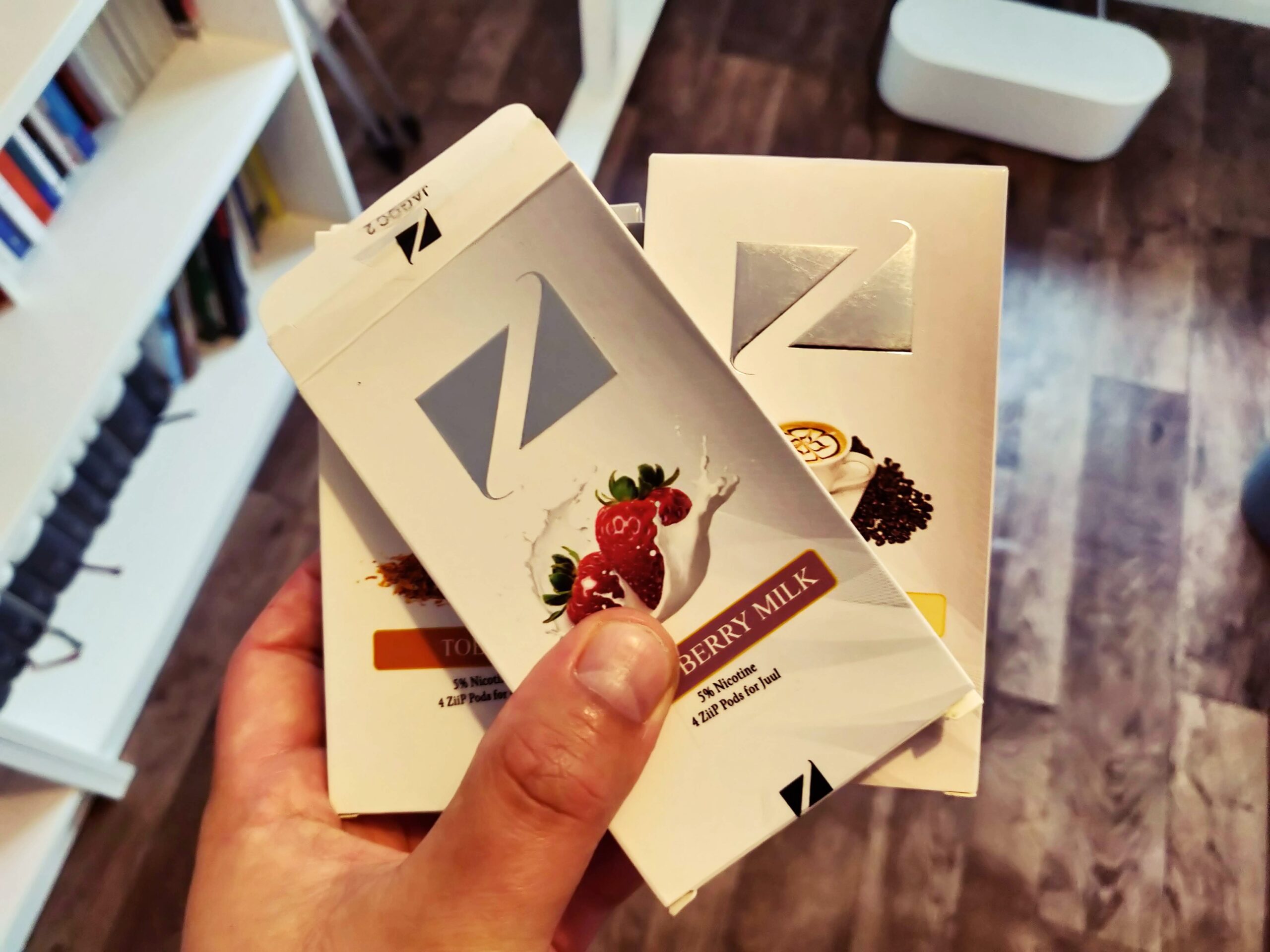