The Wotofo Recurve Mod is a strange beast, a half-way house between a mech and a regulated mod. An attempt to bridge the two worlds. It runs on a single 20700 cell and is best used with a single coil RDA.

I just spent 8 weeks using this mod more or less exclusively and I’m now very much in a position to make statements on whether or not it’s any good.

But before we get to that it’s worth looking at what this mod is competing against, and the way I see things there are several potential competitors right now:

For me, these are the #1 regulated options right now. My favorite would probably be the USV MachON3 because 1) I love the way it looks, 2) it runs dual-18650s, which means dual coil RDAs are fine, and 3) it comes with a decent RDA.

So how does the Wotofo Recurve Mod fit in amongst the current cream of the crop? Read on to find out. 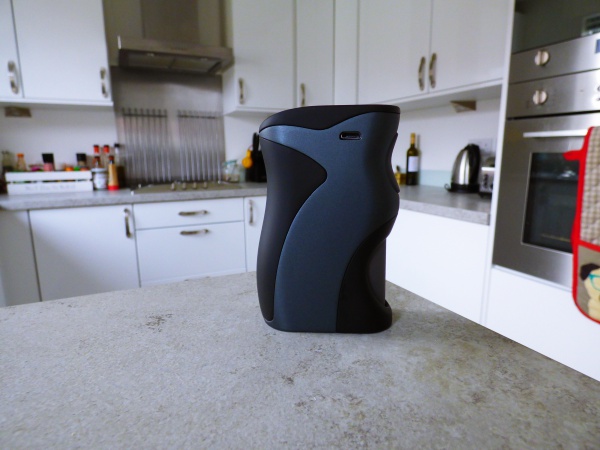 I love the look and feel of the Wotofo Recurve Mod. Right out the box, I knew I was going to enjoy using it. The design is super-ergonomic and I love the placement of the fire key (it’s exactly where you want it to be).

It comes apart real easy too; the battery is housed in the left side, the squonk bottle is located at the bottom, on the right. Assembly is a piece of cake, simply pull the cover off, fill the bottle, reinsert, and you’re done.

The magnets that hold the doors (both the battery and squonk bottle) don’t feel strong at all, but during my 8 weeks with this device neither has accidentally popped off, so whatever the magnets are doing clearly works.

There are a few color options, as you can see below, mine’s the fairly dull-looking black-on-grey model.

There is no display and no way to adjust the power, however. This is what makes this mod kinda odd – it works like a mech mod, but it isn’t 100% a mech. More on this later, though.

Style-wise, I think the mod looks just fine. It’s not all that exciting but it works great and it is ergonomically sound. And this is always good when you’re talking about mods.

Branding is kept to an absolute minimum.

You have “RECURVE” etched on the top of the device in Wotofo’s official branding and that’s about it. There’s stuff on the bottom too, but you hardly ever see that. Overall, a nice, clean finish.

How’s it perform? Very solidly. In my 8 weeks with the mod, I encountered ZERO issues.

It works great, once you get used to not being able to change the settings or look at a display.

You will definitely want to run it with single coil RDAs, however, as dual-coil rebuildable will zap the battery life in no time.

The maximum output on the Wotofo Recurve Mod is 80W and, as the battery degrades, that drops down in increments to around 30W.

You’ll know when this happens, as it just doesn’t hit as well. Basically, you want to keep fresh cells charging, as once the battery gets below 50% the performance really levels off.

The Wotofo Recurve Mod isn’t a traditional mech mod though. Not in the true sense of the word; it has plenty of built-in safety features. Things like:

Basically, all the protection you’ll ever need. This is why it IS NOT a mech mod, even though it looks and functions like one.

This is great news for newbie vapers, as you can use this style of mod safely. Unlike a proper mech mod, which will blow your face off if you’re not 100% certain what you’re doing with it.

Look, it’s a single cell mod, so battery life is never going to stellar. That’s just life when you use single-cell mods.

You need to be prepared, carry spares.

I tested the Wotofo Recurve Mod, predominantly, with the Wotofo Profile RDA, and during this time the battery life was very respectable for a single cell mod. 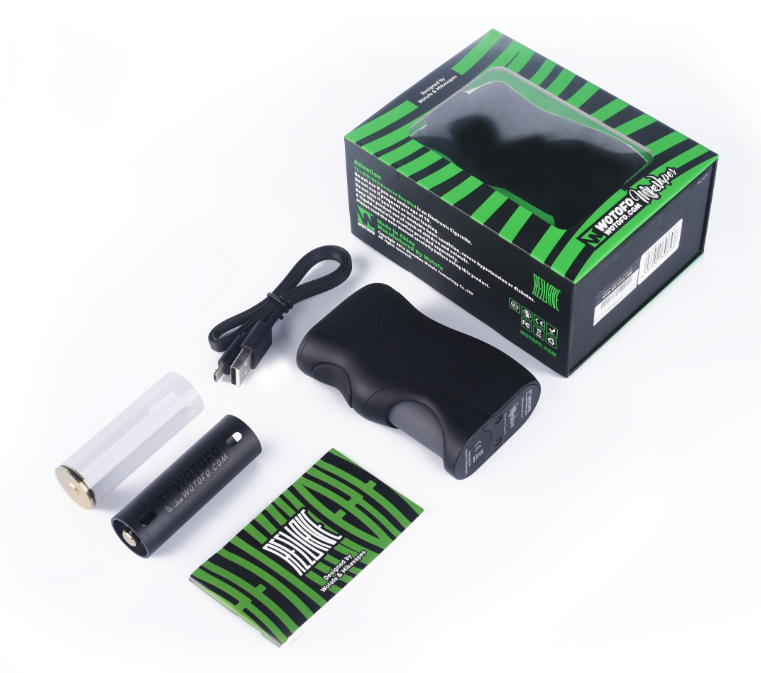 I’m not talking “all-day” vaping, but it is a lot better than the Pulse 80W mod, for instance, though the USV MachON3 destroys it by a magnitude of about 4 (that mod runs dual-18650 cells, though).

Overall, you’re looking at about half a day’s worth of moderate vaping before a battery change is required. For a single cell squonk mod, this is very impressive. Perhaps not having a display does help with battery life? Who knows…

During my testing of this mod, I was constantly surprised by the battery life. Having used a boat-load of single cell squonk mods, I was ready to be changing batteries every three hours. But this just wasn’t the case.

You can (and will) get through an entire day on two 20700 cells, so long as you vape moderately and run single coil RDAs on it.