Small, affordable, and easy to use, make the Elf Bar RF350 the perfect device for the beginner vaper looking to quit cigarettes or tobacco in general. It offers very little in innovation, but the sheer simplicity of it makes it a winner in our books

There’s honestly so little to the RF350 that it’s impossible to get wrong and that’s what makes it so great. The RF350 is as simple as it gets, no gimmicks, no innovation, just a device that does what is expected. If you’re looking to stop smoking, there’s very little that can compete with the RF350.

CHECK BEST DEAL FOR YOUR LOCATION ↗

The Elf Bar RF350 aims to take a seat in a segment that isn’t quite so populated as it should be. It is a simple device, like pre-filled disposable vapes, but it has all the benefits of a refillable pod.

There are no buttons, adjustments or fancy metal parts and trim.

It is, simply put, a device to start you on your tobacco-free journey.

The RF350 really is so simple, that it’s a struggle trying to fill the contents of this article. About the wildest it gets is the eight various colours on the polycarbonate and ABS plastic device.

The colours vary from your normal black units to light blue with the pods all being a dark tinted affair.

The lack of buttons obviously mean that the RF350 is draw activated only.

The mouth piece is slanted to one side, although I’m unsure what the function of this is. Using it either way around makes no difference in flavour or how comfortable it is (very).

The device, due to its ABS and polycarbonate build is insanely light and one of the smallest in this segment. This makes it perfect to pocket without feeling weighed down. It’s so light in fact, that I often panic because I thought I forgot to grab it before leaving the house.

As simple as the Elf Bar RF350 is, that’s exactly what is needed for users wanting to end their tobacco habit. Nothing fancy and complicated, puff and put away with no worries.

There will be quite a few people who compare the Elf Bar RF350 to the Caliburn, and for good reason, but believe it or not, the RF350 is even easier to use and maintain than the Caliburn. There are no buttons to push and the RF350 feels more like a disposable than a forever device. Part of the appeal given its extremely low price.

The coils come in at 1.2ohm, perfect for an MTL device, and in the RF350 performs really well. Flavour is spot-on right to the end of the coils life, which sadly isn’t too long. On average, I was able to get 12ml of refills out of a pod; less than stellar compared to Caliburn’s and the like, but miles better than the 2ml you would get out of disposables.

Thankfully, the PODs are equally as cheap and can be found for as little as $1 a piece.

The battery comes in at a measly 350mAh and will not carry you through an entire day, at best, half a day worth of usage, but it does charge extremely fast thanks to the USB-C charger. No doubt it helps keep the cost and weight down of the device, but a slight increase would have been nice.

The airflow works really good and I never felt the need for a tighter or looser draw. It’s got that sponginess you would expect from a traditional cigarette and what I expect to get from any MTL-focused pod device.

There’s honestly so little to the RF350 that it’s impossible to get wrong and that’s what makes it so great.

The RF350 is as simple as it gets, no gimmicks, no innovation, just a device that does what is expected. If you’re looking to stop smoking, there’s very little that can compete with the RF350.

I do wish the battery was a tad bit bigger, even with a size/weight penalty and that Elf Bar manage to get their coils to last just a little bit longer. Other than that, I can do nothing but recommend the Elf Bar RF350. 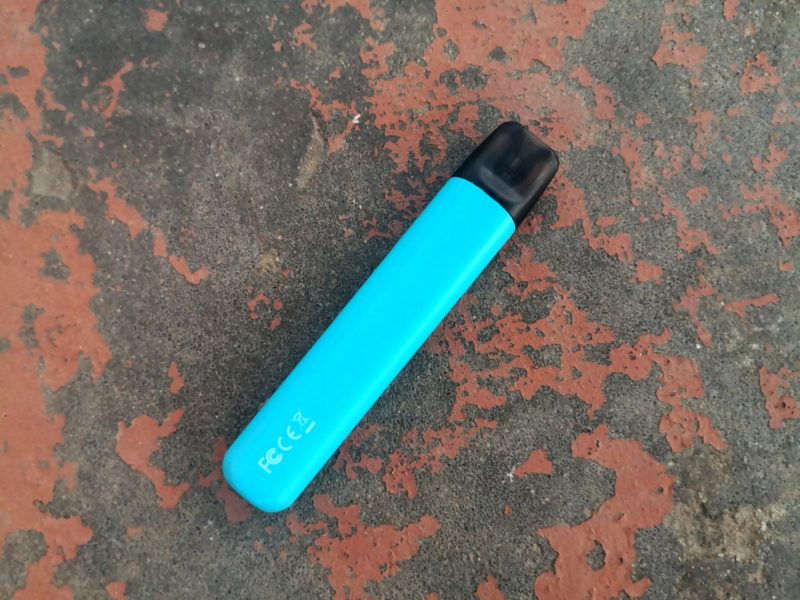