I’ve been running the PAX 3 all year, and it is a truly fantastic weed vape.

I think it is the best weed vape money can buy right now.

But the PAX 3 is expensive, though.

Prohibitively expensive for some (it retails for $250+).

Cheaper, portable vaporizers are very popular these days. And the Eclipse Vaporizer is one such device.

But is it any good?

I’ve gotten to know this vaporizer rather well over the past few weeks, so read on to find out more about this little weed vape. 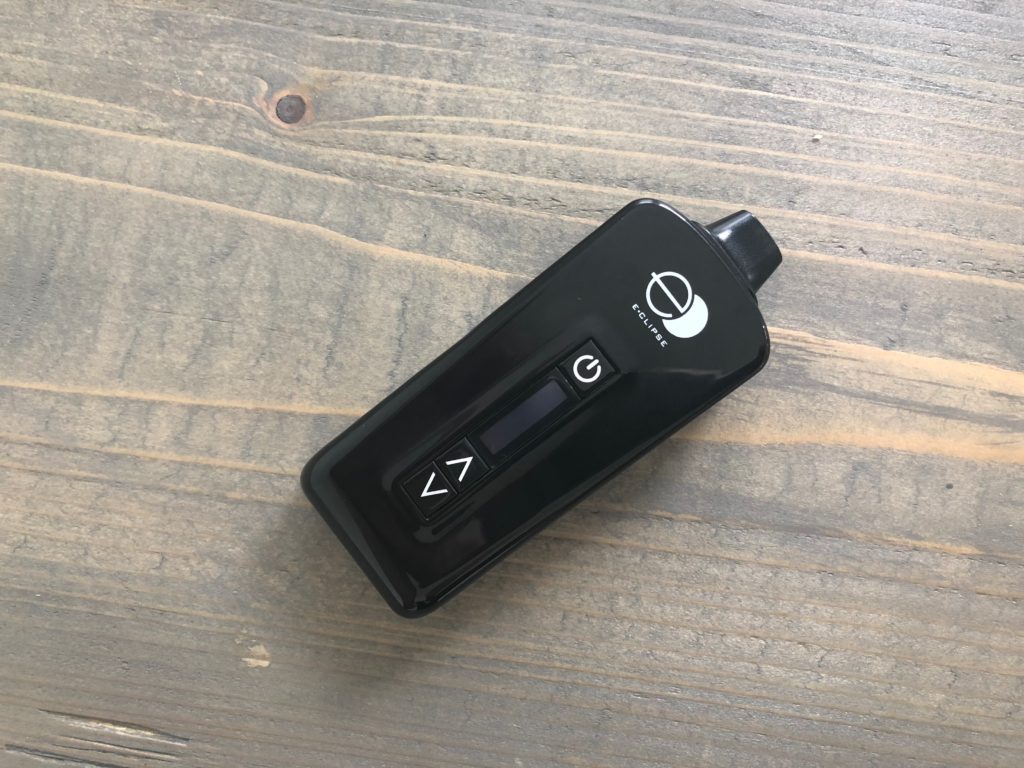 It’s a fairly unassuming piece of gear to look at. I’ll admit, I wasn’t impressed with how it looked when I unboxed it.

It lacks the finesse and premium appeal of the DaVinci IQ and the PAX 3.

It also won’t stand up on its end, as the bottom, for some reason, is rounded off. 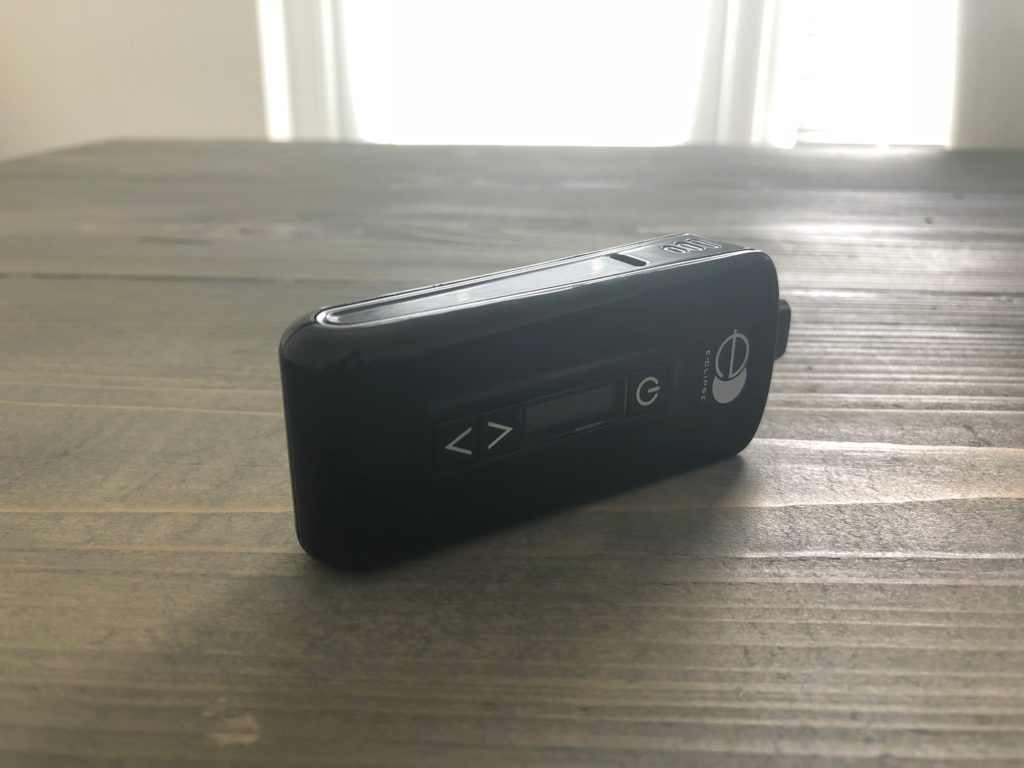 This is basically why I forgot ALL about it until about three weeks ago, when the battery on my PAX 3 died and I had some friends over.

No one wanted to go analogue, for obvious reasons, and I remembered that I had the Eclipse Weed Vaporizer upstairs in my office.

I went upstairs, quickly unboxed it, and to my joy saw that it had an 80% battery charge.

Three minutes later, the Eclipse Vaporizer was loaded and the party was back on track. 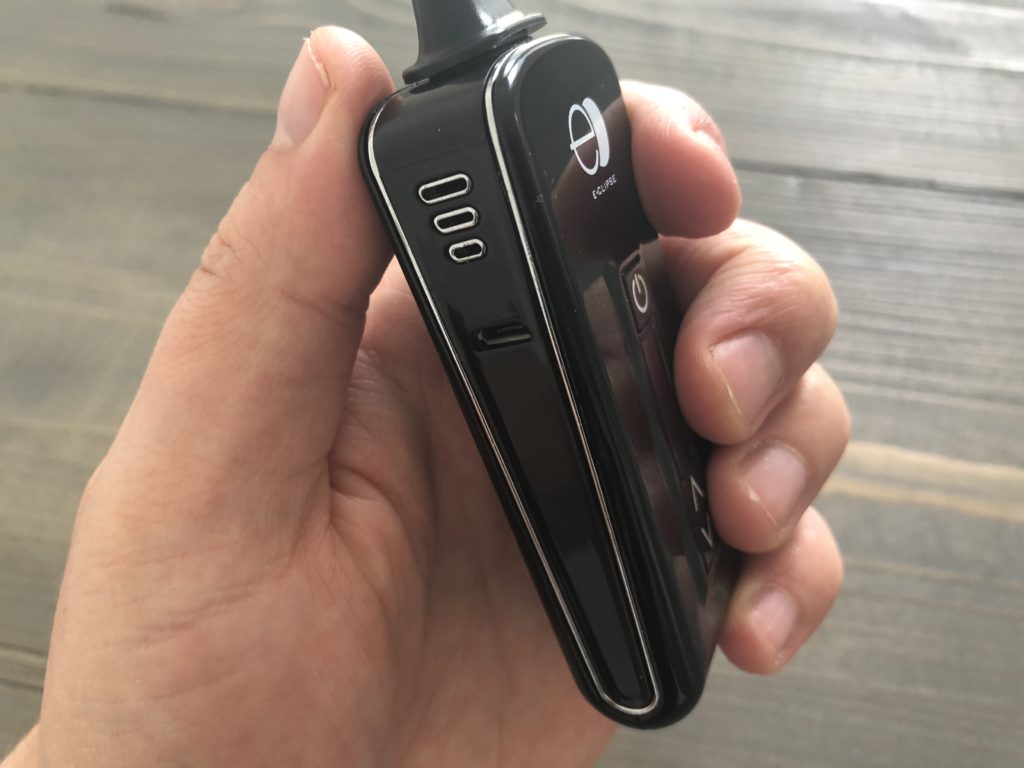 Before we get stuck into performance and vapor production, here’s a quick overview of the E-Clipse Vaporiser’s key specs.

FYI – the brand is actually “E-Clipse” not “Eclipse”.

I just don’t like the way it looks when typed out, hence my choice to refer to it as Eclipse.

So, yeah… it doesn’t look too impressive. And it won’t stand up by itself.

But, boy, is this a decent little vape.

Within moments of taking a draw on it, I knew I was in for something special.

I could feel billowing plumes of vapor hitting the back of my throat and, seconds later, all that goodness filtering up into my head.

The Eclipse Vaporizer PERFORMS. And it it heats up quickly too. 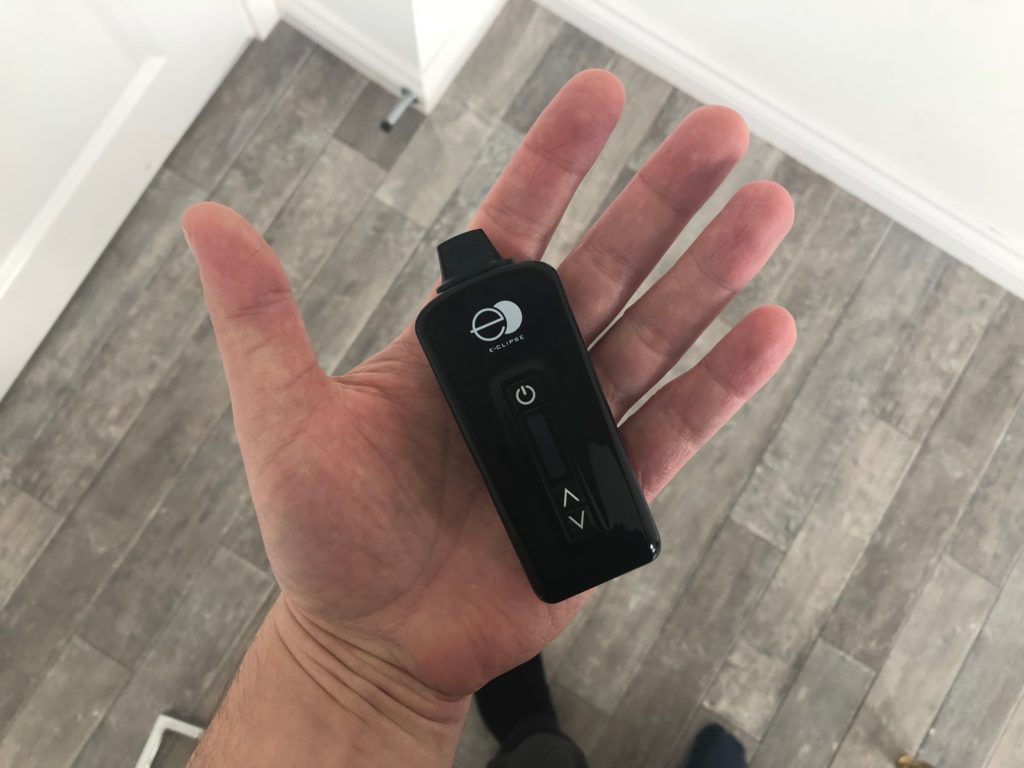 I wasn’t expecting much in regard to performance and vapor production. But I was wrong to assume this – the Eclipse Weed Vaporizer is a smashing little portable vaporizer.

It isn’t as good as the PAX 3. No way near. Ditto the DaVinci IQ. But it is better than the G-Pen Elite by a considerable margin.

You get more vapor production, better airflow, and the flavor is much more intense and precise.

Moral of the story? Don’t judge a book by its cover. Or a vaporizer by its crumby exterior and round bottom, for that matter.

This thing packs in a hell of a lot of performance.

And that, for me, makes it a rather significant device.

Eclipse Vaporizer How It Works

Pretty simple to use, this one.

You load it up with the good stuff, click the fire button five times and it’ll start heating. 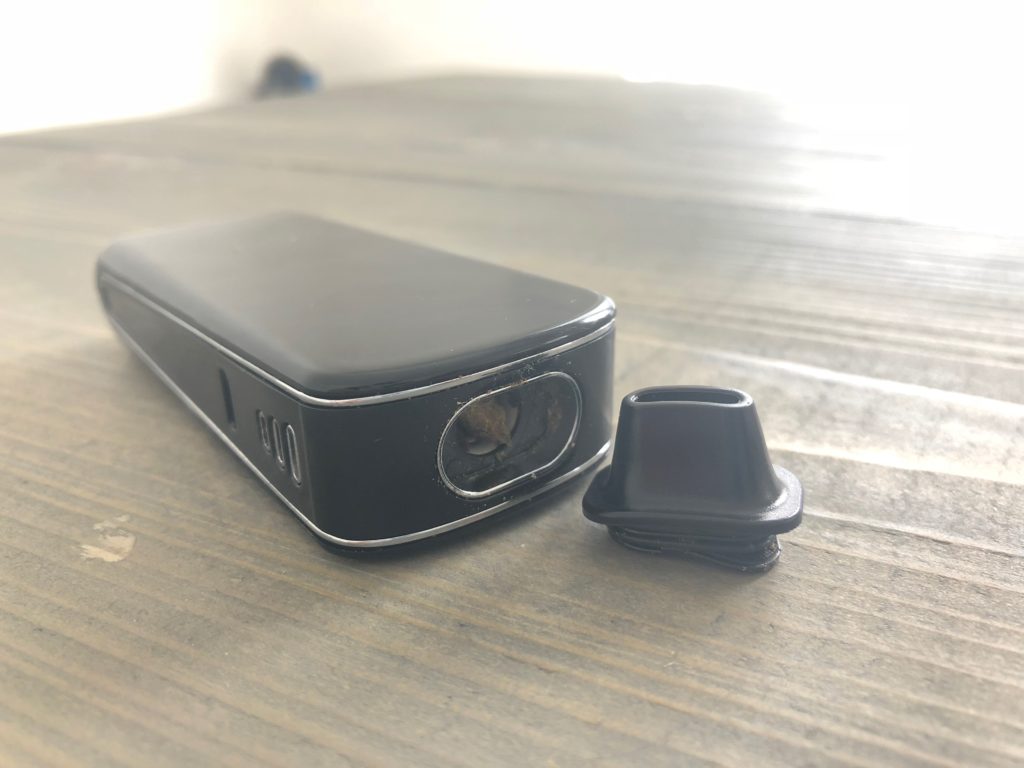 You can set the desired temperature for the ceramic oven via the two up and down keys just below the OLED display.

Once you’ve done this, you’re good to go!

The Eclipse Weed Vaporizer rocks a sizeable 2200mAh battery that is non-removable.

In my experience, battery life is very good.

I’ve only charged it twice in the time I’ve used it and, believe me, it has seen a lot of action at BBQs and parties.

Rule of thumb? If you know you’re going to be using it later on in the day, give it a charge for a few hours.

This is what I do and to date, it has never once run out of charge, even with heavy use over a period of five to six hours.

It ain’t pretty, but boy does this thing vape well!

Battery life is great, and so too is the vapor production.

If you’re after a cheap(ish) vaporiser for weed that can perform up there with the best of them, you should definitely check the Eclipse Weed Vaporizer out.

In my opinion, the PAX 2 is infinitely preferable. It looks and performs better too.

Plus, it’s only slightly more expensive at $199.

My advice? If you can stretch your budget, get the PAX 2 – it’s a solid, well-respected vape that kicks a serious amount of ass! 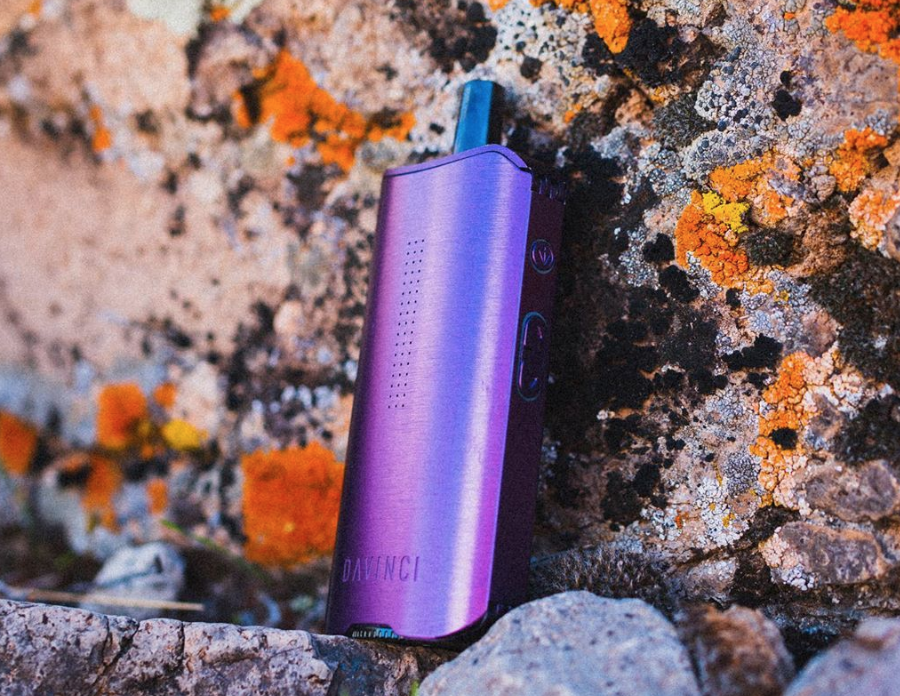 The Davinci IQ 2 is now official and if you’re thinking about picking up one, check out our guide to what is looking likely to be one of 2020’s #1 portable vaporizers… 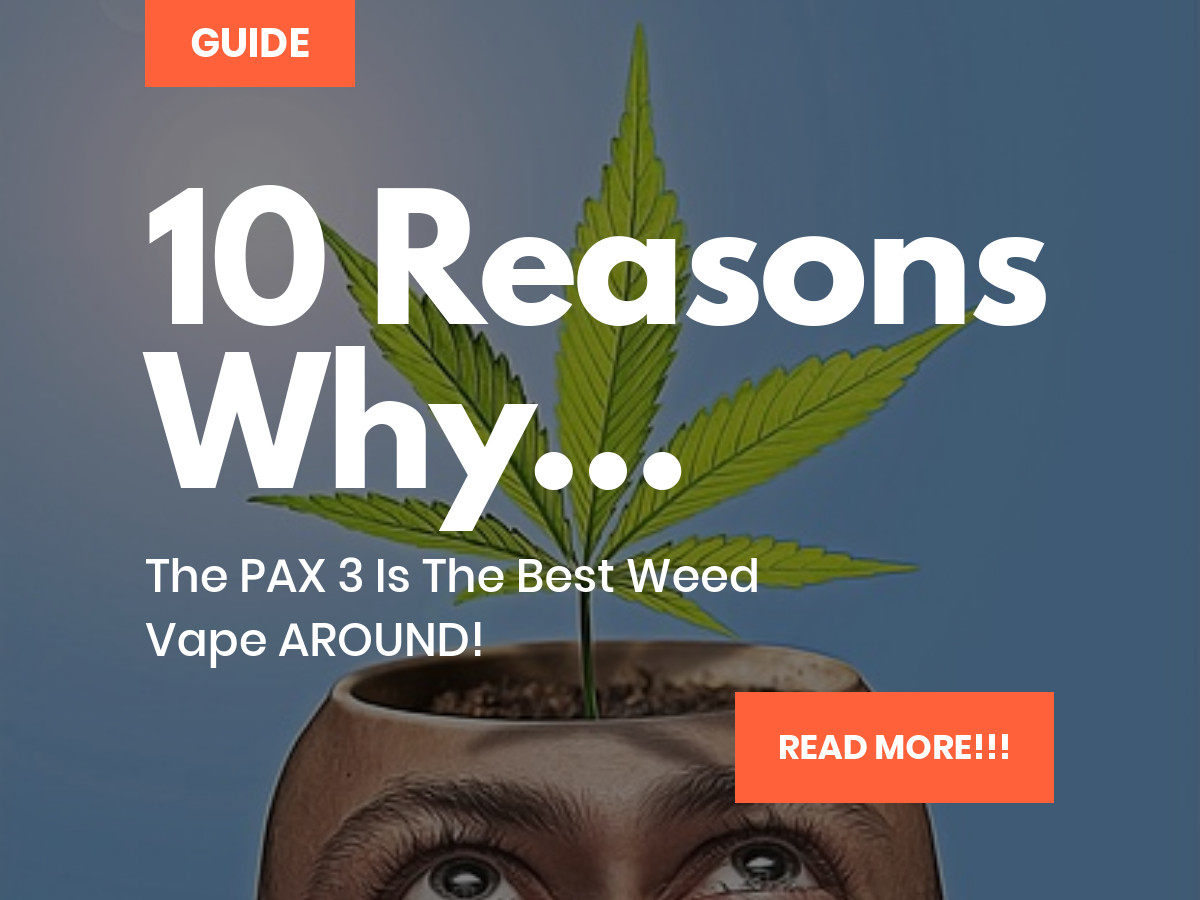 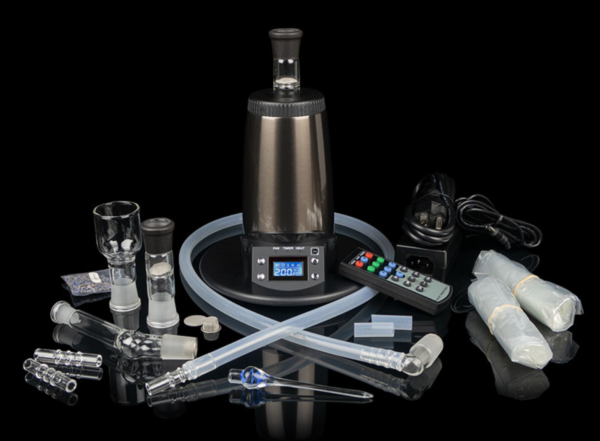