Today (July 20th 2020) the FDA released an order to notify companies like Puff Bar and other flavored disposable vapes to remove their products from being sold in the United States. These products somehow slipped by the FDA’s order to remove all pre-filled flavored devices back in January. Today it looks like that loophole is closing due to a new mandate.

The FDA Strikes Back

Today the FDA sent notifications to ten different companies regarding their disposable vape products. The warning states they must be removed from the market immediately, as they are not approved by the FDA’s PMTA process. This is yet another aggressive move that we first saw the FDA implement in January regarding JUUL labs, and any other flavored cartridge.

It doesn’t affect vape mods; the device of choice for most vapers. But the incoming, larger PMTA rules will.

Therefore, it is super important to stock up now. Most vape mods will not be available to buy by the end of September. Make sure you get an up to date mod ASAP before it’s too late!

The campaign is being enacted to rid the market of devices and flavors that ” appeal to the youth of America”. If you’ve been paying attention to the goals of the FDA, this has been their main goal for a while. This is after the national age was raised to 21 years old, 7 months ago. Today they released this statement:

“The FDA continues to prioritize enforcement against e-cigarette products, specifically those most appealing and accessible to youth,” said FDA Commissioner Stephen M. Hahn. “We are concerned about the popularity of these products among youth and want to make clear to all tobacco product manufacturers and retailers that, even during the ongoing pandemic, the FDA is keeping a close watch on the marketplace and will hold companies accountable.”

Other than Cool Clouds LLC (Puff Bar) other firms include: Air Bar, Bidi Sticks, Air Plus, Myle Vape, and several others not listed in the statement.

While JUUL, MyBlu and many other pre-filled pod systems had to nix all flavors but tobacco and menthol, disposable vapes slipped under the radar of the FDA. For whatever reason disposables were excluded in the flavor ban. This was even written into the document and caused a ton of confusion since disposables were being lumped into the same category as open tank systems.

So disposables were added into the same echelon as box mods and other open systems in all of the documents. Was it just an oversight? I personally do not believe that. I believe it was incompetence.

We Have No Idea What We Are Doing

“Despite suspending in-person inspection activities—such as retail compliance checks and vape shop inspections—due to the COVID-19 pandemic, our enforcement against unauthorized e-cigarette products has endured,” said Mitch Zeller, J.D., director of the FDA’s Center for Tobacco Products. “These warning letters are the result of ongoing internet monitoring for violations of tobacco laws and regulations.”

The problem, is the people that are making these rules and bans, have no idea what they are attempting to legislate. These government officials are using parental complaints and inaccurate buzzwords to build their cases. In the case of Juul, the knew it was popular among teens and therefore that’s where fire was focused.

But do these people honestly know the difference between an open pod system and something like a JUUL? Or what about a box mod and tank system?

There are tons of ways to vape, and the government hasn’t done their homework on any of them. They are just throwing out regulations based on what the media says, or parents complaining. The lack of familiarity with the actual products being regulated is quite disturbing.

There are plenty of refillable options on the market that are just as concealable as a Puff Bar or a JUUL. While I am grateful these devices haven’t been targeted yet, it certainly leads me to some serious head scratching.

But Wait, There Is More

The FDA issued seven other warning letters to the following firms: Eleaf USA INC, Vape Deals LLC, Majestic Vapor LLC, Ecig Empire LLC, OHM City Vapes LLC, Breazy INC, and Just Eliquids Distro LLC, who are said to sell or distribute unauthorized vaping products “targeted to youth or likely to promote use by youth”. These companies were cited for marketing unauthorized e-liquids that imitate packaging for food products that often are marketed and appeal to youth, such as Cinnamon Toast Crunch cereal, Twinkies, Cherry Coke and Birthday Cake. They are also accused of using cartoons and bright colors to attract youth vapers.

This falls in line with their often repeated logic: Adults could not possibly enjoy flavors.

Each company that has been notified has 15 days to comply and initiate a proper plan to address the issues. Each company must respond with the official date that their product has ceased production. Failure to do so by the official 14 day timeline may result in further action such as a civil money penalty complaint, seizure or injunction. Also, these products will be rejected for importation, and if rejected will suffer a fine.

While i personally blame these products for putting vaping in the crosshairs of the FDA in the first place, this seems like complete overkill. The fact that you cannot buy these products without an ID stating you are of legal age, is already stopping the so-called “youth vaping epidemic” in it’s tracks. Hell, I get carded buying JUUL pods for my mother and I am 40 years old.

The only way anyone under the age of 21 is getting a vaping product is from irresponsible parents buying them for their children, or they have an older friend. But I haven’t seen any recent numbers of how many teens are vaping, as I imagine COVID has stopped that in it’s tracks. Where are these teen vapers?

I may despise these products because of the stigma they carry, but this is a gross over-reach of the government’s power. 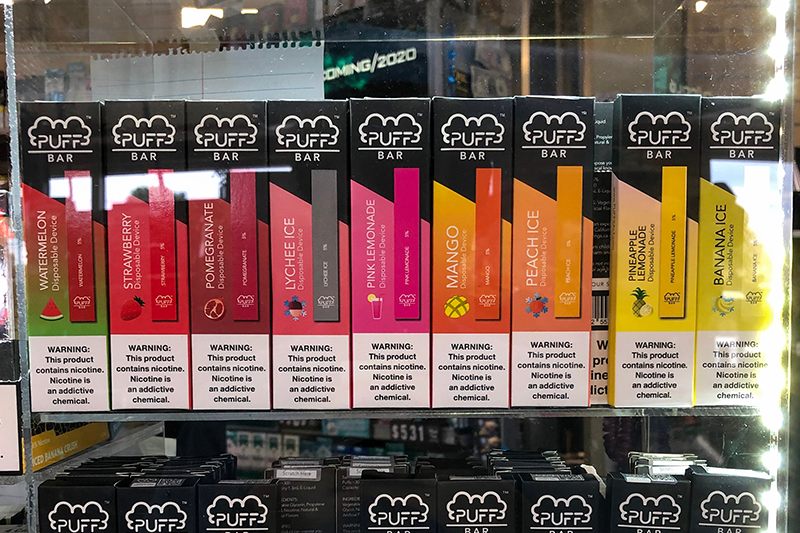