Is vaping dangerous? In a word: no – it is 95% safer than smoking, according to Public Health England. But if you’re a smoker, that’s just the tip of the iceberg when it comes to the benefits of vaping… 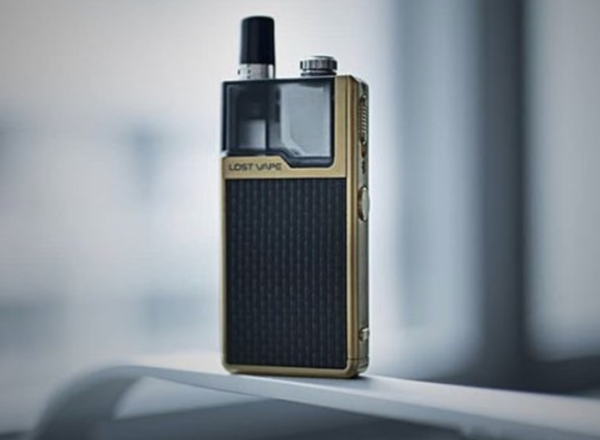 The #1 benefit of vaping is that is safe. Not a lot of people are aware of this fact, but Public Health England has maintained for three consecutive years that vaping is 95% safer than smoking.

For this express reason, the UK is now using ecigs and vape devices as its #1 tool for killing smoking within a generation. The FDA needs to take note of this, as failure to do so will have untold negative effects on the future public health of Americans in the coming months and years.

2) Second-Hand Vapor is NOT Dangerous

Unlike tobacco smoke, second-hand vapor is NOT dangerous. In fact, it is completely benign. I still open a window when vaping, or go outside when I’m at friend’s houses, but this is just for courtesy. Not because the vapor is bad for those who don’t vape.

A study in 2014 proved this beyond any reasonable doubt:

“One study exposed animals to propylene glycol for 12 to 18 months at doses 50 to 700 times the level the animal could absorb through inhalation. Compared to animals living in normal room atmosphere, no localized or generalized irritation was found and kidney, liver, spleen and bone marrow were all found to be normal.”

This one is fairly anecdotal, but it is one of the biggest benefits I have encountered while vaping. Back when I was smoking, I really struggled on hikes or when doing cardio. The reason? Reduced lung capacity…

Since switching to vaping, I have noticed that my lung capacity has increased dramatically. I can now hike for miles and run 5K in around 25 minutes without too much fuss. As someone that values sports performance, this is a huge benefit for me.

Coffee and cigarettes, they used to be my two, go-to pick-me-ups. And while they were great when working on a paper at college, they take a horrible toll on the condition of one’s teeth. My once pearly whites lost their sheen and looked, well… pretty gross.

After a couple of years of vaping, and a few visits to the dentist, my teeth look infinitely better. They’re no longer stained and look and feel healthier than ever before. Almost as if I’d never smoked. I don’t drink coffee anymore either. Instead, I drink black tea – it makes me less jittery.

Either way, my teeth look better than they have in years. And that is all thanks to kicking the death sticks and reducing my coffee intake.

Smoking kills your taste buds and reduces your sense of smell. The science of how this happens is complicated, but it is now an established fact. And if you like food, and smelling things, it is one of the biggest negatives associated with smoking.

Because vaping is NOT smoking. And you’re not dealing with the same noxious chemicals, your taste and smell come back. After a few months, it will be like you never even smoked. I noticed this effect after just a few weeks. I ordered a nice pint of Cloud Water IPA, and I couldn’t believe how tasty it was – my taste buds had come back to life!

NRT products like nicotine gum and patches, while pushed as the #1 tool for quitting smoking, have woefully low success rates. They also have plenty of side effects like sleepwalking and nausea.

Vaping, on the other hand, has been shown to work with great success. Millions of Americans have quit smoking using vape products and have stayed off of cigarettes for good. Just look at smoking rates and the rise of vaping in the US – once ecigs arrived, smoking rates declined. Massively.

Want some data? According to the NHS, vaping is around 83% more successful at helping people quit than traditional NRT methods like patches and gum.

7) You No Longer Stink

Cigarette smoking REEKS! And when you smoke, you stink. This is a fact and when you’ve quit for a while, and your sense of smell comes back, this fact becomes abundantly clear – you can smell it from 20 paces!

E Juice, however, smells pretty pleasant. It also doesn’t stick to your clothes. Vapor might hang around in the air, giving it a scent, but it is usually something fruity or sweet, not burnt tobacco.

This means your clothes don’t stink anymore, your breath doesn’t reek, and your house doesn’t smell of burnt tobacco anymore. And who doesn’t want that?

8) Ecigs Are Not As Addictive As Cigarettes

Big tobacco has spent untold MILLIONS developing the optimum nicotine delivery system. Cigarettes nowadays are a lot different from the cigarettes that first started being smoking back in the 1930s. The key here is how the nicotine is delivered.

This is what the film The Insider was all about – making smoking more addictive.

By contrast, ecigs are A LOT less efficient when it comes to nicotine delivery. They still scratch the itch, but they’re no way near as effective at dumping nicotine in your system. Nic Salts improve on this somewhat, but for the most part, vapes are not as potent as cigarettes.

And the upshot of this is that it is easy to quit a vape than it is a smoking habit. Why? Simple: the nicotine delivery system isn’t as potent, so you’re getting less nicotine (pound for pound) in your system which, in turn, lessens your reliance on it.

Nicotine is still VERY addictive in vapes. Make no mistake. But it is no way near as potent as it is in tobacco smoke. This is why it is advisable to limit your nicotine strength down from, say, 10MG to 6MG to 3MG to 0MG over a few months.

Once you’re rocking 0MG E Juice, the habit is simply physical and is, therefore, a lot easier to quit.

If you’re still smoking and are looking to quit, take a look at our #1 recommended vape kit for ex-smokers. It draws just like a cigarette, as the tank is an MTL-style setup, and you get a solid, reliable box mod with it too.