Valyrian 2 vs Valyrian 2 Pro: Which UWELL Tank Is The Best?

The UWELL Valyrian, the OG model, was superb. And then UWELL did the unthinkable and made a successor tank that was even better. The Valyrian 2 has better flavor, better coils, and a better design.

This is pretty much unheard of in the vape tank market. Most “great” tanks are great and then successor models fall short. With the Valyrian 2, however, it is just so much better than the OG Valyrian tank.

But now UWELL has a new tank in its Valyrian lineup of sub-ohm vape tanks, and it goes by the name of the Valyrian 2 Pro.

As you can see from the above, the Valyrian 2 Pro is essentially just a larger version of the Valyrian 2. It is both bigger with respect to its overall design, and it has a wider chimney which allows for more vapor to flow through the tank.

But that’s about it, really; save for the fact that the Valyrian 2 Pro now uses an 810 drip tip. As far as changes go, none of these can be considered game-changers. They’re mostly cosmetic updates.

Not that this is a problem: UWELL’s Valyrian coils are utterly superb, easily some of the best in the business, next to HorizenTech’s for its Falcon series of tanks.

After running both of these tanks, I have a couple of initial thoughts on the main differences between them. The main thing is that the Valyrian 2 Pro’s airflow, in my opinion, is a bit much – there’s just LOADS of it.

But if you like big clouds, the Pro model is the obvious choice – it is a goddamn monster!

For my tastes, the Valyrian 2 Pro’s airflow is just too much. It kicks out SO MUCH VAPOR that you can fog up an entire room with just a few, big hits. It’s actually kind of bonkers just how much vapor this tank kicks out.

With respect to flavor, both tanks are more or less equal: they both produce excellent flavor and the coils last for weeks at a time. All things being equal, both are excellent options. It all depends on what you need/want from your vape tank.

Want MEGA clouds, get the Valyrian 2 Pro. Prefer something a little less insane, but with equally good flavor? Go with the Valyrian 2. 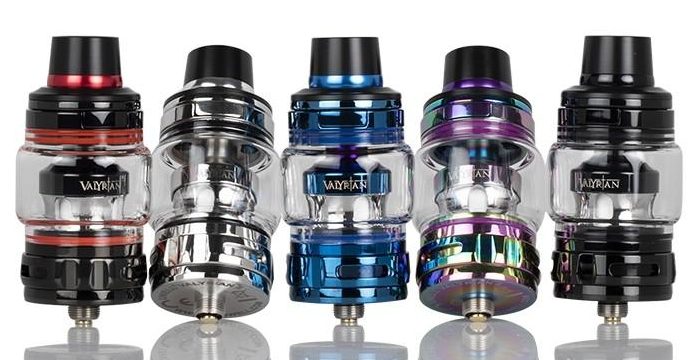