The UWELL Fancier is a pretty weird vape tank. And I mean that in the nicest way possible. You see, it’s both an RDA and an RTA.

The idea being you get two tanks for the price of one.

You see, the UWELL Fancier is a pretty intimidating prospect when you unbox it for the first time – there’s just so much stuff to contend with.

UWELL sent me the Fancier a few weeks back, but I’ve been kind of avoiding it simply because it just looked so damn fiddly.

And when it comes to RTAs, fiddly is never a good thing, as most of you will know.

This is why the vast majority of RDAs inside our Best RDA Tanks Guide are super-simple to use.

Ditto for the RTAs listed inside our Ultimate Guide To The Best RTA Tanks.

Well, I decided today was the day – I was FINALLY going to set up the UWELL Fancier and have a good ‘ol vape on it.

If you own this tank and are struggling to get it built correctly, what follows is a guide on how to set it up as an RDA, an RTA, and also as a squonk atomizer tank too.

How To Setup The UWELL Fancier (RTA Mode)

OK, first we’re gonna cover off the UWELL Fancier in RTA mode, as this is likely the aspect that will trip most people up.

The first thing you need to know about this tank is that you wick upwards, not downwards. And, yes, that is 100% totally weird.

But do not worry, it’s actually not that tricky, so long as you have the correct tools – notably some ceramic pliers and/or pinchers.

First, you need to install the coils: you want to do this as shown in the image below: 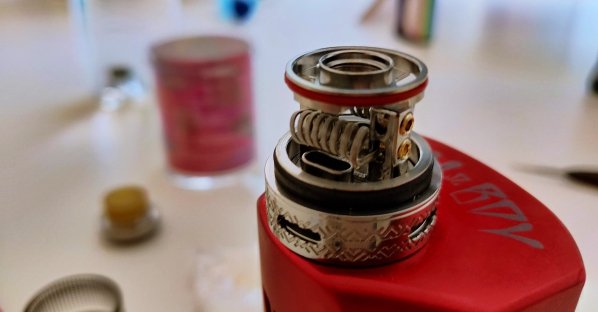 You Want To Place Each Lead In The Following Way: Bottom Left, Top Right – The Do The Same On The Other Side

How To Wick The UWELL Fancier

This is where it gets slightly tricky because we’re dealing with an RTA.

If you use too much you’ll get dry hits – and they suck. Use too little, and you’ll get leaking.

Basically, you want to take enough cotton so that there is some resistance on the coils when you pull it through. 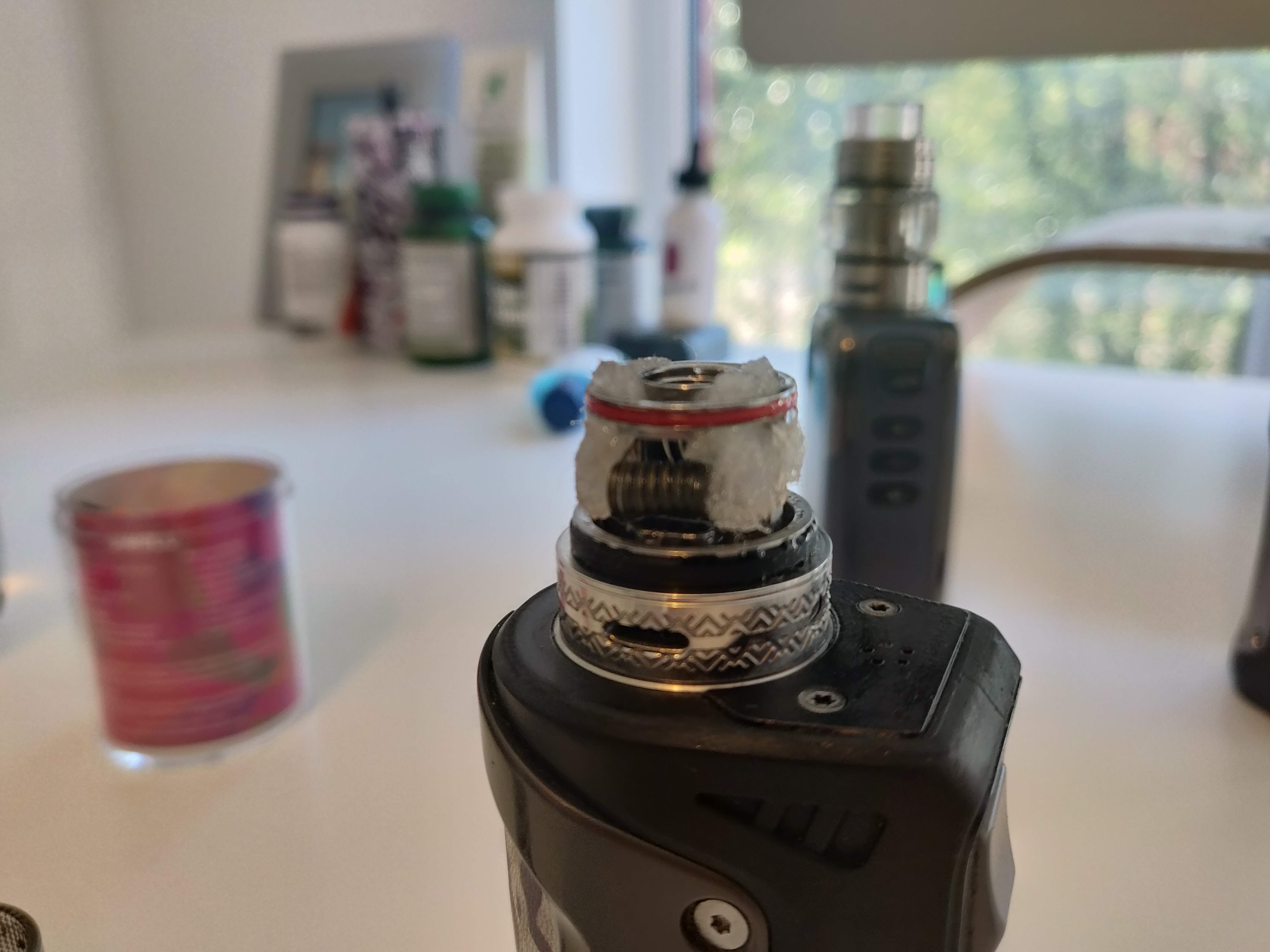 The Wick Goes UP; Fill Each Hole With The End of Your Wick – Use Ceramic Pinchers For Ease (See DIY Kit At The End of Article)

Once you’ve done this, simply snip the ends leaving enough length so you can wick it upwards into the holes.

I like to fluff the ends once I’ve snipped them, as it tends to aid wicking when the tank is full of juice.

You don’t get as many blockages and things tend to run more smoothly.

Once you’ve wicked it correctly, take your ceramic pinchers and push the end through each of the wicking holes, making a slight hole in the cotton. This helps with juice flow but isn’t enough to cause any leaks.

You don’t want the holes completely blocked off either, just enough to let juice soak into the cotton and wick down to the coil. It’s tricky to get right, so don’t worry if it takes a few attempts. 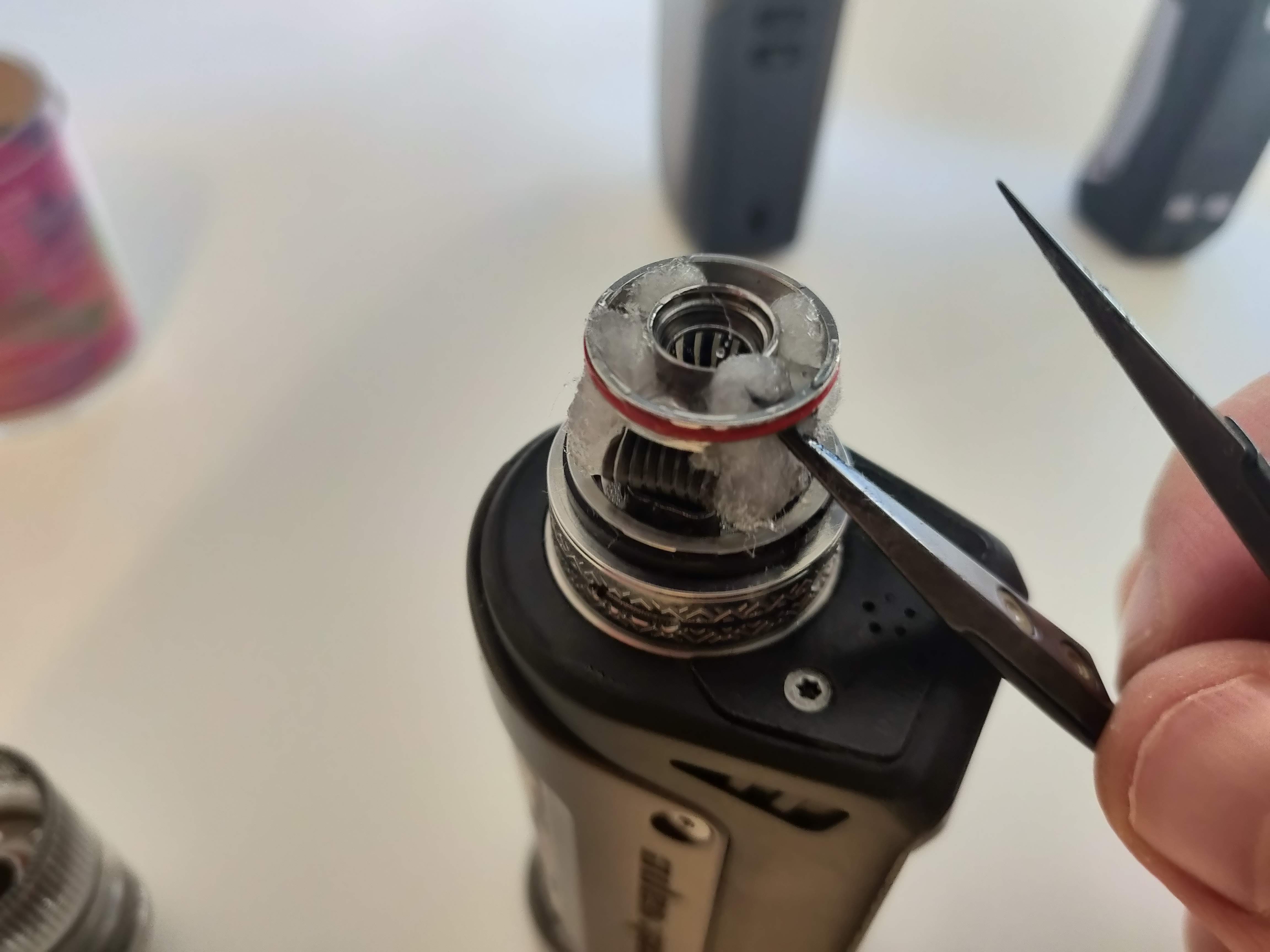 Use Ceramic Pincher/Tweezers To Make Pathway Through Wick – This Makes It Wick Quicker & More Efficiently (You Don’t Need To Make A Hole, Just Free It Up A Bit)

My first attempt went great; there were no leaks and the flavor was decent.

Just be sure you give the wick in the holes a prod with your ceramic pinchers so as to ensure the juice can get through. This helps with wicking A LOT.

How To Setup The UWELL Fancier (RDA Mode)

Setting up the UWELL Fancier in RDA mode is actually really simple. Take off the top cap and pull out the wicks.

Once you’ve done this, pull the wicks down and into the juice wells at the bottom, just as you would on a standard RDA. 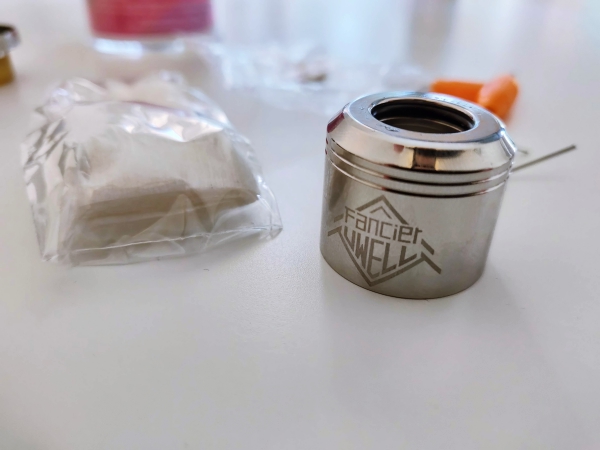 Screw on the RDA top cap and you’re away! Simple, right?

Squonking With The UWELL Fancier

The UWELL Fancier can also turn into a squonk atomizer too, so, technically, you’re getting three vape tanks in one: an RDA, an RSA, and an RTA.

Setting it up for squonk mod is, again, very simple.

Just grab the squonk pin from the bag of goodies the UWELL Fancier comes with and unscrew the 510 pin. 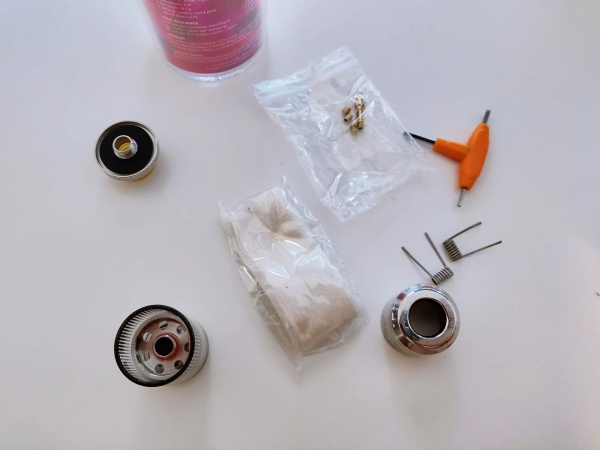 Now, take your squonk pin and put it where the 510 pin was and you’re done.

The UWELL Fancier is now ready to squonk.

Please note: only use the squonk pin when you’re using the UWELL Fancier in RDA mode.

Which UWELL Fancier Mode Is Better? RDA or RTA?

Honestly, it kind of depends on what style of vaper you are. I haven’t had any issues in either mode.

The UWELL Fancier might look terribly tricky to set up, but in actual fact, it is pretty simple – in both modes too. 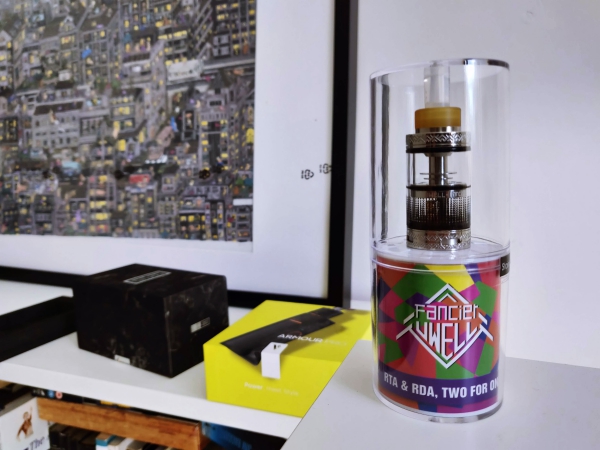 I didn’t use it for a good long while simply because I thought it’d be a nightmare to set up.

Turns out I was dead wrong!

The RTA is simple to install, the deck is super-easy to manage, and I haven’t had a single dry hit or leak while I’ve been using it.

The flavor performance of the UWELL Fancier is definitely better in RDA mode, but that’s kind of given – RDA’s are always better than RTAs for flavor.

I like that it can squonk too; it’s a nice touch to an already supremely innovative vape tank.

The only thing you need to be careful with when squonking is the airflow on the UWELL Fancier; it’s a bottom airflow, so if you over squonk you WILL get leaks.

Other than that, you’re all good

Products Used In This User Guide