Other types of vaping devices – such as vape pens, mechanical mods, and cigalikes – simply aren’t as popular as they used to be. What should you do, then, if you’re new to vaping? Should you just follow the crowd and buy a JUUL? Not necessarily. Not only are there many, many pod systems out there, but the fact is that a pod device may not even be the right fit for you in the first place. Don’t buy your first vaping device without reading this simple guide to pod vapes vs. mods.

Vape pods – and the tanks included with most mods – have different airflow characteristics that lend themselves to different inhaling styles. Pod systems are designed for the mouth-to-lung (MTL) inhaling style that you’d use when smoking a cigarette. Most mods, on the other hand, include tanks designed to facilitate the inhalation of the vapor directly to the lungs. You don’t have to use your mod with the included tank. You can buy a mod and pair it with a mouth-to-lung tank – but that adds complexity that you probably don’t want when you’re new to vaping.

Almost universally, former smokers crave a strong throat hit when they first make the switch to vaping. The throat hit is the feeling that you get in the throat when you inhale nicotine. A cigarette produces a strong throat hit, and a vaping device can produce virtually the same sensation if it’s designed for mouth-to-lung inhaling and filled with a strong nicotine salt e-liquid. That’s the type of experience that you’ll have with a pod system. When you use a high-nicotine e-liquid, though, the nicotine provides much of the flavor.

A mod, on the other hand, is set up to provide the best possible experience with a lower-nicotine e-liquid. Since the vapor production of a mod is much greater than that of a pod system, you’ll absorb around the same amount of nicotine with either type of device. With a lower-nicotine e-liquid, though, you’ll taste the flavor of the e-liquid itself much more prominently and will not really taste or feel the nicotine.

Nothing in the world of vaping is more convenient or easier to use than a closed pod system. Just charge the battery, drop in a pod and enjoy. You don’t even need to think about tweaking your device. You don’t need to wonder whether the tank you’re using is really providing the best possible experience. A pod system only works with its own pods, and those pods are already set up to provide a great experience.

On the other hand, the fact that a closed pod system only works with its own pods also means that a typical pod system doesn’t have many different flavors available. You might love those flavors so much that you never want to experiment with anything else. If you’re the type who wants to try everything, though, a mod can work with any bottled e-liquid on the market.

Refillable pod systems do exist, and those systems bridge the gap between pod vapes vs. mods. They usually work best, however, with high-strength nicotine salt e-liquids.

Some mods have pretty crazy cloud production. A big rip from a high-end mod can just about fill a room. There is almost no way, in other words, to vape discreetly with a mod. Many mod users don’t care about that; they’ll happily create their own personal weather systems wherever they go. Other people, though, don’t like to call attention to themselves when they vape. They’d rather vape privately, and they’re concerned that people might find enormous clouds obnoxious. If you fall into that category, you’ll probably be happiest with a pod system. Pod systems may also be better for indoor vaping because the clouds that they produce dissipate quickly instead of lingering in the air.

With starter kit prices that seldom exceed $30, pod systems are typically some of the least expensive vaping devices that you can buy. If you want to buy a mod that includes a tank, on the other hand, you should expect to spend at least $50 – plus an extra investment of $35 or so for batteries and e-liquid. So, if you want to start vaping today, you’ll definitely get out of the vape shop a lot more cheaply if you buy a pod system.

Closed pod systems, however, use the classic razor-and-blades business model. You’ll only pay a little for the device, but you’ll pay a lot for the pods. The bottled e-liquid that you’ll use with a mod, on the other hand, costs much less per ml of juice than packs of pre-filled pods. Mods tend to cost less than pod systems over the long term.

Keep in mind, though, that using a high-output mod does diminish your savings somewhat. The more vapor your device produces, the more often you’ll need to buy e-liquid. If you use sweetened e-liquid, your coils won’t last long – so if you really want to vape as cheaply as possible, you should avoid using vape juice that contains sucralose.

There is an enormous difference in battery capacity between pod vapes and mods. While a typical pod system has a battery capacity no greater than about 300 mAh, a dual-battery mod may boast 5,000 mAh of battery life or more. The difference is mitigated somewhat by the fact that people typically use mods at higher wattages than pod systems, but you’ll definitely enjoy longer vaping times with a mod than you would with a pod system.

On the other hand, though, there’s no such thing as a device with 5,000 mAh of battery capacity that’s fun to carry in your pocket. A pod system can fit just about anywhere and is far more pleasant to carry. Either way, we have guides that’ll show you the best device in each category – check them out below! 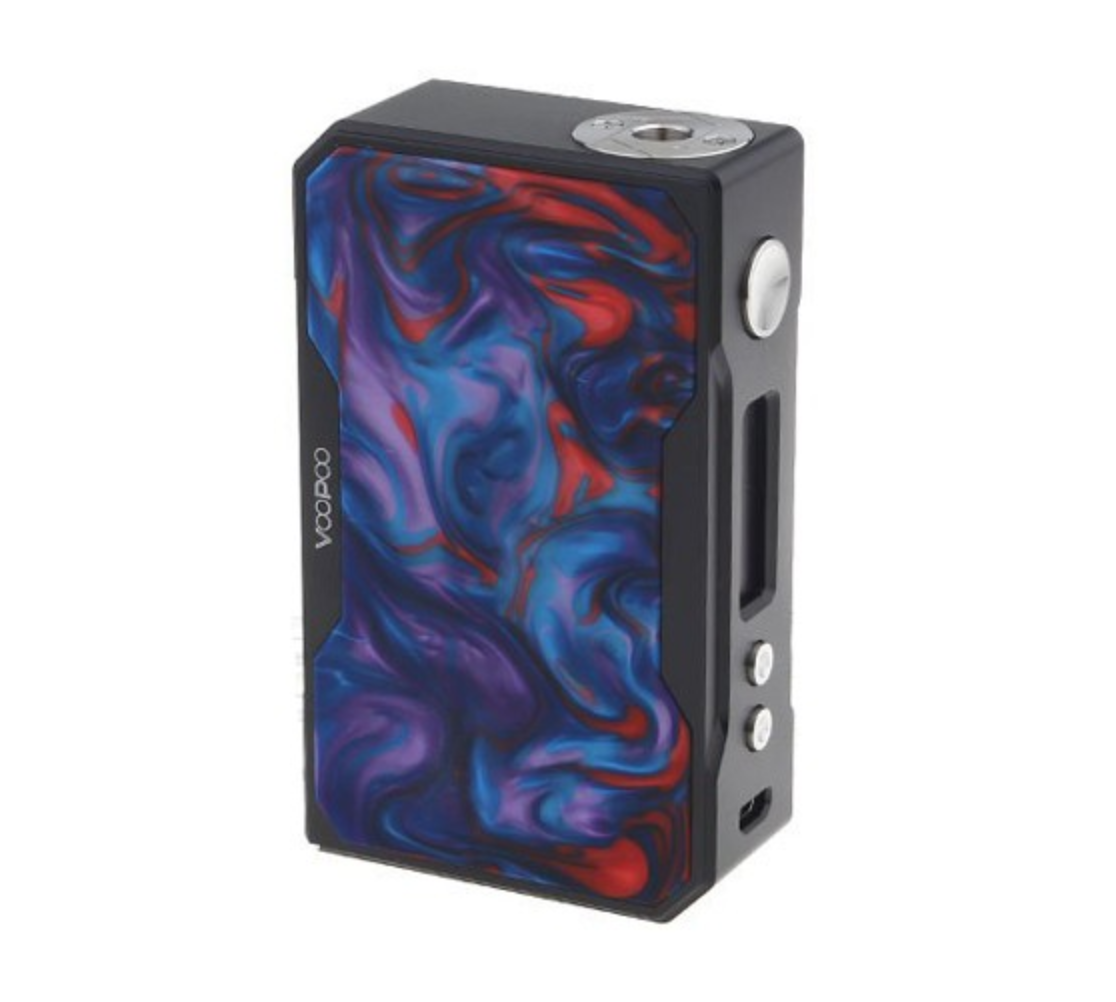 ELI5 “Vape Mods” (And How To Pick Your First Box Mod)

ELI5: Vape Mods – a quick and easy definition on EVERYTHING you need to know about vape mods (and how to choose the right one for the first time). Inside, we'll cover how vape mods work, why they're safe, and what the best vape mods are right now :) 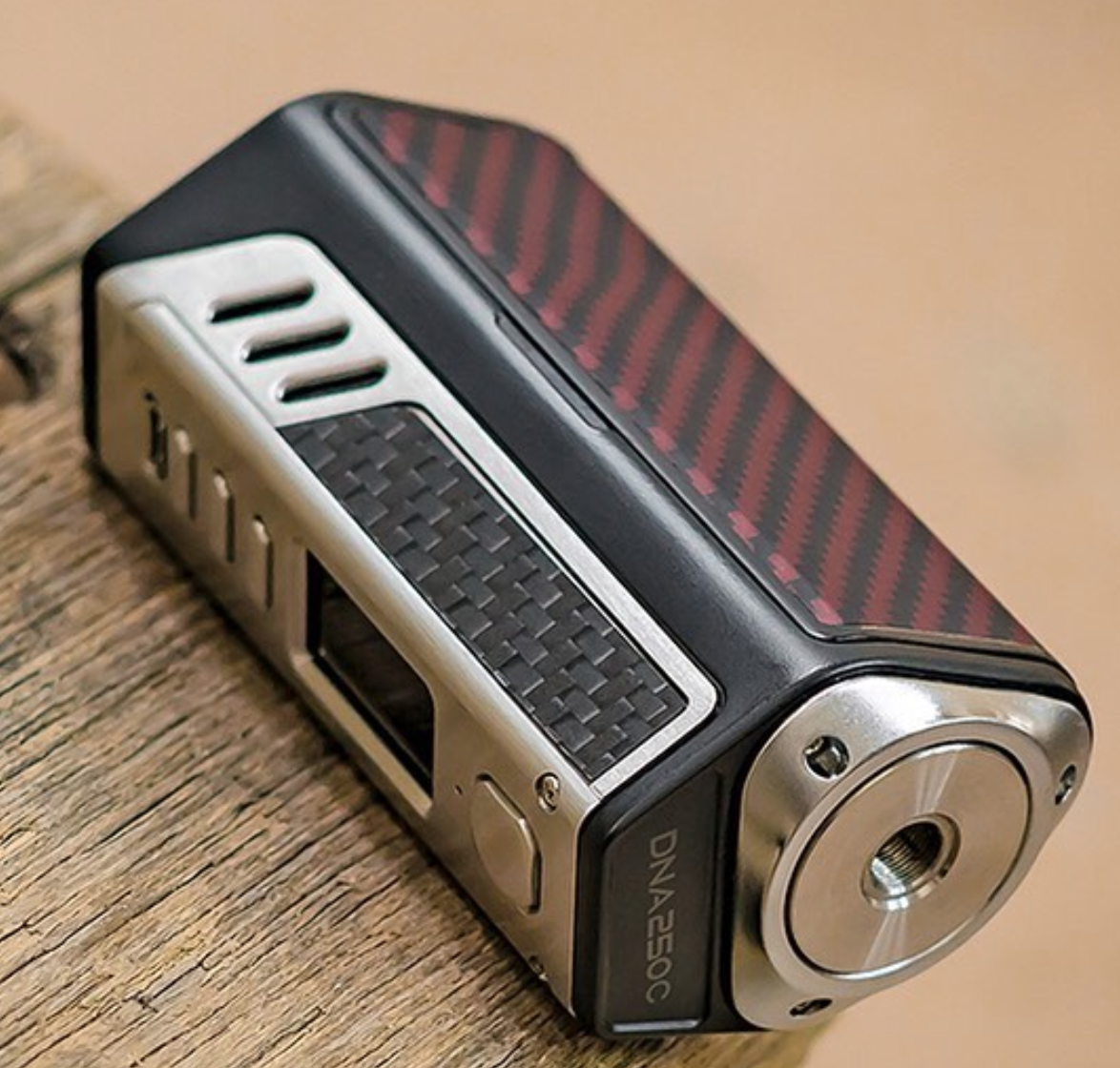