How To Set Up The UWELL Caliburn For Optimal Performance

The UWELL Caliburn is by far and away my favorite pod device of 2019. In this post, we’ll show you how to set up the UWELL Caliburn for the first time, so you get the best possible flavor and performance…

The UWELL Caliburn is inherently simple to set-up; this is part of its appeal. All you have to do is fill the pod, attach it, power on the device and you’re away. Simple, right?

For most, yes, but for anyone new to pod mod systems, there are a few things you’ll want to do before you start vaping. Once you’ve done these, however, you’ll be vaping like a king in no time!

If you’re in the USA and you’re interested in alternatives to the Caliburn, check out our post on The Best UWELL Caliburn Alternatives.

Once you have your UWELL Caliburn it is imperative that use the right vape juice in it, or else none of what follows will matter much. You have to make sure you use high-quality Nic Salts vape juice in order to get any sort of performance from the UWELL Caliburn.

Why? Simple: cheap vape juice will clog up your coils, and you don’t want this because you want your coils to last for weeks at a time – not a couple of days. For this reason, it pays to know exactly what type of vape juice to use.

These are the Nic Salts vape juices we’re using most at the moment:

How To Set Up The UWELL Caliburn PROPERLY 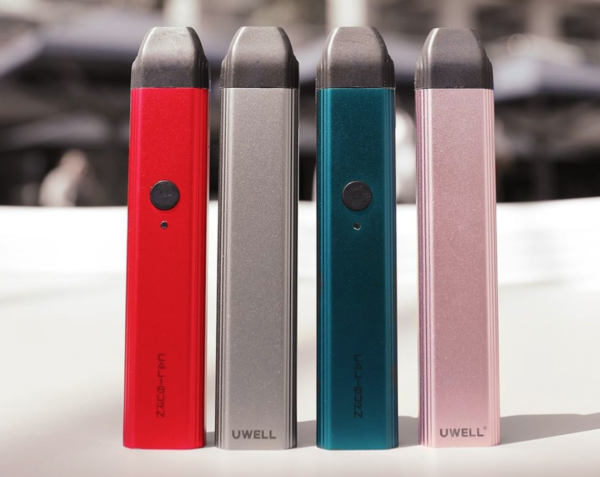 UWELL designed the Caliburn’s pods to be simple to use. All you have to do to fill one is pop off the plastic mouthpiece and, using the holes on the sides, fill with E Juice.

I use Nic Salts in mine, as you get more flavor and bang for your buck with respect to nicotine.

You’ll want to fill the pod fully. Try not to add so much that it comes out of the holes, though – this will cause leaks and spit-back. Plus, you can always add more later if needs be.

You can’t really prime the UWELL Caliburn’s pods. Instead, you have to let them sit. I like to fill mine with E Juice and let them sit for 10 minutes. Doing this ensures the coil heads get properly saturated, and this in turn will ensure you get great flavor from the first vape.

How To Turn The UWELL Caliburn On & Off 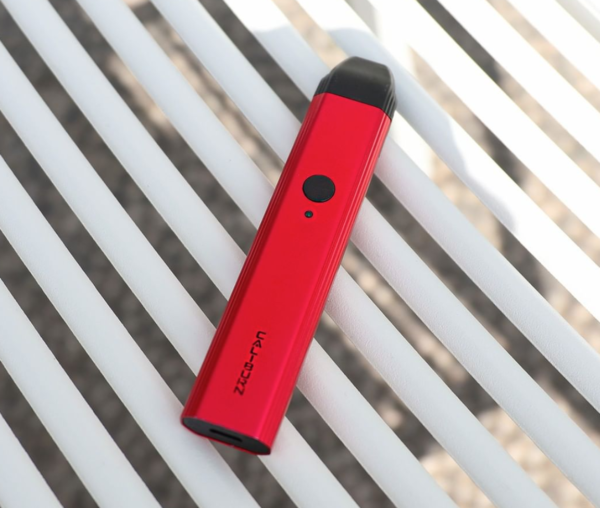 Keeping the UWELL Caliburn switched off when you’re not using it will save you precious battery life and also ensure the device doesn’t accidentally fire in your pocket, which can be dangerous. It doesn’t take long to do this, so I like to keep mine off whenever I’m not using it.

How To Improve The UWELL Caliburn Battery Life

Why? It just works so well. The flavor and MTL draw it delivers are perfect, and the coils inside the pods last for weeks at a time. For me, this is all I could ever possibly want from a pod vape. The only slight downside is to do with its battery life.

The UWELL Caliburn is a small, svelte pod vape. For this reason, its battery isn’t that large. It’ll go most of the day with minimal usage, but if you’re a heavy vaper you’ll definitely want to give it a top-up of power mid-way through the day. 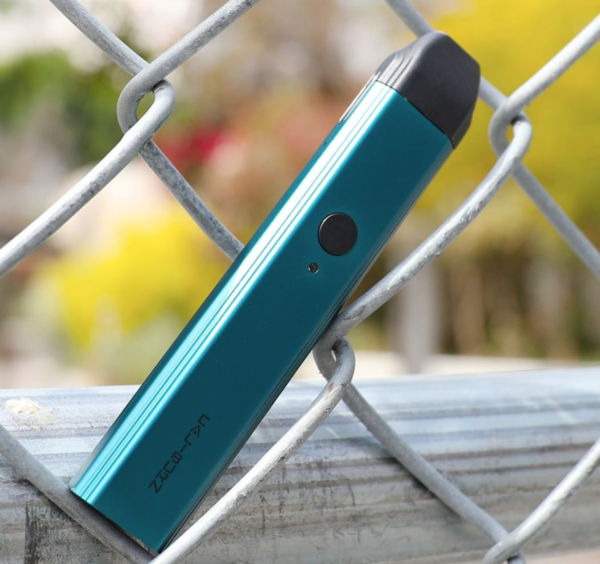 Fortunately, this is really easy as the UWELL Caliburn charges via USB, and everybody’s got a spare USB cable knocking around. I have mine plugged into my PC, so whenever I’m not using the Caliburn, I stick it on charge to refill the battery.

Doing this means I never run out of battery life, even if I go out with friends after work. Another option? Buy two UWELL Caliburn systems.

That way you can have one on charge all the time. It’s more expensive, but it is damn convenient. So much so, that I am seriously considering doing it purely based on just how much I use my current one!

And remember! Get yourself some decent Nic Salts E Juice to run in your UWELL Caliburn. I’ve listed my current go-to E Juices in the table below: