Smoke Shaming Has Gone Too Far – How I “Deprogrammed” Myself

The insidious culture of smoke shaming that has developed over the past three decades has now reached fever pitch, losing sight of its actual goals. We need a new way to deal with smoking, and shaming current smokers into submission is NOT it…

The tiler is going in and out of the house. I’m working at the kitchen table, uncomfortable leaving a tradesman alone in my home.

The windows are closed, but the smell of cigarette smoke wafts in, nevertheless.

My annoyance is immediate. He’s smoking on MY property! Me – the Crusader of the crusaders against smoking. I get up and go (maybe a little bit stompy) to close the back door.

My mind throws up things I could say to him: Could you please smoke out near the gate? But it’s raining so that would make me seem pretty unreasonable.

Perhaps I could do my spiel and give him some snus or a vaporizer to try?

But I’ve left my samples at the office…

Anyway, it’s his choice to smoke, my new be-kinder-to-smokers self reminds me.

Smoke Shaming: It Might Be Well-Intended, But It’s Gone Too Far…

I feel tired. I’ve spent so many years approaching people about their smoking.

Earlier this week, I saw a security guard at a hospital tell an old woman to put her cigarette out, despite the fact she was sitting outside in the no-smoking area.

I felt ashamed that she was treated that way. This is smoke shaming – and it ain’t helpful.

All of my work over the last 25 years has helped make this happen. I went over to her. The look as she saw me coming was, “Oh here we go again, another nutter’s coming to tell me off.”

She was surprised when I sat next to her. I introduced myself while struggling to open a canister of snus. I explained what it was and offered her a portion.

She took one and said, “It’s all right, my daughter’s picking me up in a moment.”

As she put the snus in her pocket, I realized she just took it to be polite.

How silly of me to think anyone would accept some weird little packet of “powdered tobacco” from a stranger and put it in their mouth.

I felt like an idiot. I didn’t achieve anything and probably made the incident worse for her.

The tiler passes me on his way to the bathroom, breaking my reflection. Over the last 3 years, I have been working on calming my reaction to cigarette smoke and to smokers.

Cigarette Smoke Is Bad… We ALL Know This (So: Made-Up Facts Aren’t Necessary, Surely?)

Exaggerated fear of cigarette smoke is a kind of hysteria shared by millions of people.

We think it’s justified because we’ve been led to believe that cigarette smoke is so toxic that breathing a whiff of it, even when we’re outside, might trigger an asthma attack, or worse.

Of course, this isn’t true.

Our psychosomatic rejection of air fouled by burning tobacco has been built and encouraged by decades of gory anti-smoking campaigns that have implanted fear of the many ways smoking could kill us.

Even if you’re an ex-smoker (which I am) or have never smoked, the campaigns warn that “there is no safe level of exposure” and that the lit cigarette which is like a “little toxic waste dump on fire” (see the previous link) can still give us heart disease, cancer or a stroke.

Some people even believe that breathing in second-hand smoke is more dangerous than directly smoking a cigarette! 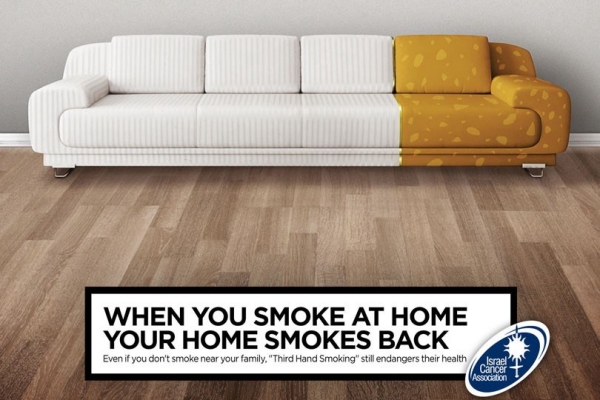 No wonder they think that when leading health groups say things like “sidestream smoke is about 4 times more toxic than mainstream smoke.”

Then along came third-hand smoke.

This idea conjures up the scary image of the pores of our skin hungrily sucking in carcinogens from any smoke that lands on us or the surfaces we touch.

The most ridiculous message is that babies could soak up enough nicotine from crawling around on the floor and licking random objects that they could be permanently damaged and die early from cancer!

That so many people can be so gullible, including myself, for many years, or so uninformed is frightening. Climate change? You can forget that – the earth is doomed!

Anyway, back to deprogramming myself.

Let’s Treat Smokers For What They Are – People! Just Like You And I…

I reassure myself that 1) the whiff of smoke will not harm me, 2) it is not going to stick on all the surfaces in the house and make it smell like an ashtray, and 3) the tiler did not come to my house for a lecture.

This brought to mind what Dr. Kgosi Letlape said at the recent Asia Harm Reduction Forum in Manilla: “It’s not about charity, it’s about solidarity. People need to find their humanity. People have been socialized into a corner.”

I don’t know the circumstances that have led to the tiler smoking, and it’s not charitable of me to pry. He smokes, therefore it’s safe to assume he knows stress. I can relate to that.

The best way I can help people stop smoking, if that’s what they want to do, is to create an environment that supports them to switch from smoking to harm reduced products.

I just need to get back to my work and leave him to his.

Having given myself a good talking to, it’s time to calm down and make me, and the tiler, a cup of tea. 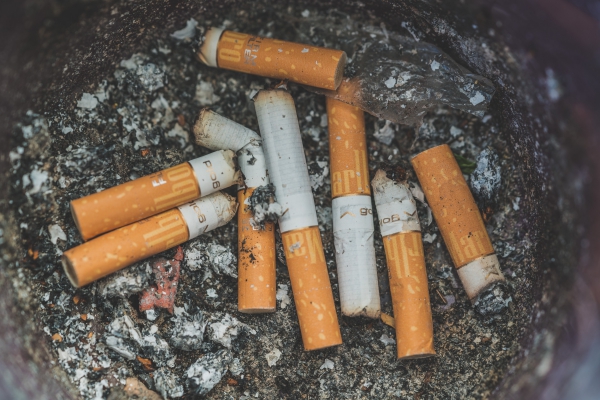