San Francisco Vape Ban is COMING… But JUUL’s Fighting Back!

The San Francisco vape ban (and that’s a TOTAL vape ban, by the way) is looking ever more likely, proving once again that nut-job virtue signallers cannot be trusted when it comes to public health…

Get ready. The San Francisco vape ban is starting to take shape. And this isn’t a small ban either. No. It’s a TOTAL ban on all ecigs and vape devices from being sold in B&M stores and online – and it includes hardware as well (so, mods and tanks).

And if this sounds crazy to you, well, you’re in good company. Banning vape sales in San Francisco, while allowing cigarettes to still be sold, is utterly insane. I mean, think about it: one kills half a million people a year, the other is known to be 95% safer…

And yet it has been banned. On top of this, you can readily buy marijuana in San Francisco, and heroin users get access to safe injection sites. But for those looking to stop smoking with a safer alternative? No dice…

JUUL, a native company of San Francisco, is the #1 reason this bill has been instigated. San Francisco, obsessed with made-up facts about teen vaping, sees JUUL as enemy number one. The state-wide ban on vape products is designed to destroy the company, now worth $16 billion.

But JUUL will fight back. According to reports, JUUL is leading a ballot initiative to overturn the vape ban. It has enough signatures to make its case before the bill is decided in November. JUUL wants the bill totally voided, a move that would be a huge win for public health and vapers in the San Francisco area.

The reason this is happening is because of the FDA’s made up “teen vaping epidemic” – a theory that has been debunked more times than the flat earth – is now being peddled as gospel by the autocrats at the top of the greasy pole.

But all it is is rhetoric. They don’t care about harm reduction. In fact, the suits in San Fran are probably just toeing the line, completely unaware that these lies are nothing more than a ploy to protect big Pharma interests like Johnson & Johnson.

Unfortunately for vapers, rhetoric is the language of the gods in the US, and they’re pushing this one hard, so it looks as if millions of people in the San Francisco area will be denied access to life-saving technology.

Also: please keep in mind that should this ban come into effect you will still be able to buy cigarettes all over San Francisco. And lest we forget: cigarettes kill almost 500,000 people in the US every year.

When Will The San Francisco Vape Ban Take Place?

The bill has been proposed  and voted on – San Francisco wants the vape ban. If all goes to plan, vaping products will be banned from November onwards in San Francisco City.

New York and San Francisco are now calling the FDA to expedite its efforts in getting “vapes” reviewed. On top of this, ALL vape products will then have to be FDA approved, you know, like Monsanto’s GMO products that destroy your insides and our soil, before they’re allowed to be sold to the public.

Also: the cost of putting in one of these applications to FDA runs into the millions, meaning pretty much 99.9% of vape companies would go out of business. Even the big tobacco-backed vape companies like JUUL would struggle to get this done because, even if you stump up the cash, there are no guarantees on timeframes or approvals.

Can The FDA Even Regulate Electronic Products!?

Here’s a brain twister for you: can the FDA actually legislate hardware products? I get E Juice, as it’s consumable. But an RDA? A vape mod? What does this have to do with the FDA?

Think about it: a mechanical, electronic product is neither food nor drug. Surely, a device like this cannot fall under the prevue of the FOOD AND DRUG administration?

It’d be like the FDA suddenly regulating iPhones because kids were snorting lines off them. Bad example, I know, but you get the idea.

San Francisco is small. You can walk across the city inside an hour. The effect of this ban would be annoying, but not a total death knell to vaping in the area, as you could simply drive to the next city and buy your stuff there instead.

This should NOT be allowed to happen though.

Denying tax-paying, adult smokers access to life-saving products for no good reason, other than a bald-faced lie, is tantamount to gross misconduct on the part of these city officials.

What right do they have?

And then there’s the 800-pound gorilla in the room: these people don’t give a damn about cigarettes being sold in the area. A product that is known to kill 500,000 people a year.

You honestly couldn’t make this stuff up… 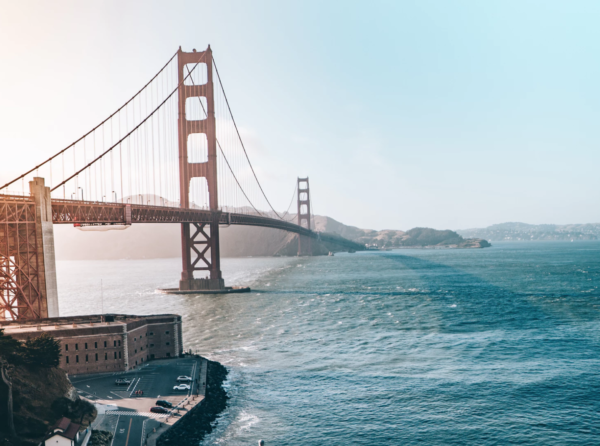