TPD Regulations: The UK Vaping Laws You Need to Know About

The TPD is now in force in the UK. Here’s EVERYTHING you need to know about what it means for vaping in the United Kingdom…

In a few weeks’ time, the new TPD vaping laws will be initiated yet again, alarming e-cigarette vendors, shops and customers all over the world.

The new laws are now in effect, and have been for a couple of years, so what exactly is going on with the TPD?

What is The TPD?

To give a brief explanation, the TDP (Tobacco Products Directive) is a regulatory body formed by the EU by un-elected officials voted into power through MEP’s, coupled with pharmaceutical industries.

It stands for Tobacco Product Directive and is an EU directive that tells all member states of the EU on how to control tobacco.

This includes all forms of advertisement, marketing and production/manufacturing of e-cigarettes.

It is encouraged that other e-cigarette retailers and vendors prepare for the eventuality that they may have to chop and change their stock orders because of the new rules.

Due to the new laws, e-cigarette vendors and retailers have put on huge sales in an attempt to sell any and all products that do not abide by the new rules.

I myself have had to severely reduce the prices of my stock, specifically my range of e-liquids, all so that I am able to abide by the new TPD laws.

Obviously, Brexit raised many concerns regarding trade agreements, however, the short of it is that Brexit’s impact on trade negotiations will not affect the legislation currently in place.

The Vaping Laws For UK

Here are the new vaping laws you need to prepare for!

While many may argue that cutting the nicotine strength is a great idea, (with people claiming that vaping is a merely part-time substitute to help stop smoking), the new rule may seriously force high nicotine users to reconsider their dosage.

However, the vape community is not just people who are trying to quit smoking. For many, vaping has become a sort of social relaxation option, and many vapes simply because they enjoy the vast amount of flavors at their disposal.

People enjoy building their e-cigarettes to match their exact preferences, and the new TPD laws threaten to dismantle their fun.

The aim to tempt people to lower their nicotine intake may actually have the opposite effect, as lowering the nicotine strength may see e-cigarette users switch back to smoking because they aren’t getting their desired hit!

This was arguably the most drastic change, as they may continue to lower the nicotine strength in the years to come.

For competitive vapers, this new rule is sure to rattle a few cages. This rule will see high-performance mods be restricted even further, with sub-ohm tanks taking a massive hit as well.

This is a real shame, as vape competitions are on the rise, and provide a fantastic form of entertainment for all e-cigarette fanatics.

Hopefully, we won’t see popular competitions such as cloud vaping come to an early demise, as this particular trend is very popular at the moment.

Product approvals, data reporting, and customer notifications are now in play. This change focuses more on the safety measurements and quality control of e-cigarettes.

This is one of the more accepted changes, as it means that people who are building e-cigarettes in the back of their garages, will find it difficult to bypass the new quality control barriers.

This rule was primarily brought in to stop manufactures that don’t follow strict quality control procedures.

This is mainly because the law will now make it cost more to produce e-liquids that follow the new health and safety guidelines, meaning business costs will go up, causing smaller companies to struggle.

While this change does essentially improve our health and safety standing, it does have the potential to discontinue many people’s favorite e-liquid brands that may well be very safe, but don’t match the new strict set of guidelines.

ALL E Juice Bottles With Nicotine Limited To 10ml Size 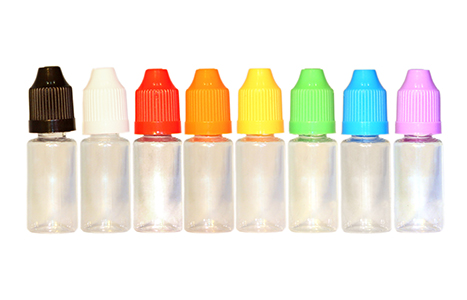 Despite this very questionable rule, it is fairly simple to get around. Selling e-liquids in bundles as opposed to one container will alleviate this issue, but the principle cannot be ignored.

This rule actively encourages more plastic, and therefore further polluting the world we live in.

The costs of e-liquid are also sure to increase, not only because of the new maximum volume limit but because the packaging makes up a fairly large part of production costs.

Many people will be left outraged upon hearing that the 100ml container is being banned, as these usually came at a discounted price due to its size.

However, companies like Mist have found a clever way around this, by selling packs of 10×10 Multipacks to avoid any legal unrest.

Similar companies have begun taking out quality control tests on all of their products, in order to ensure that they are not found liable or guilty of neglecting to follow the new TPD laws.

Vaping has always enticed people to stop smoking for many reasons, and one of the biggest reasons is because it’s far cheaper.

By discontinuing the production of bigger containers, the prices will rise, not necessarily to the amount a 20-pack would cost, but it’s definitely an unwelcome change.

Where To From Here… Will BREXIT Affect The TPD?

The UK is now in the process of implementing BREXIT. Things aren’t exactly going smoothly, however, and no one really knows what will happen when (and if) the UK leaves the European Union.

One key thing about BREXIT, even a soft BREXIT, is that the UK will be able to re-do laws – laws like the TPD. And this means that, once the UK is out of the EU, we could see the TPD laws relaxed – emphasis on could.

This is a possibility, but it is by no means certain. The UK could simply keep the TPD laws in place. That is a distinct possibility. However, the UK is very pro-vaping, so there is potential for a more positive stance on vaping regulations.

Nothing is set in stone, however, though a positive outcome for public health and the war on smoking would be that the UK, once out of the EU, relaxed its laws around vaping.

Kevin Ewbank is the owner of UK-based vape shop, www.smokshop.com