The Lost Art of the Classic E-Cigarette Kit

The preferences of the vaping community have definitely changed over the years – and if you’ve been vaping long enough, you can probably remember a few vaping products from the past that would never, ever sell today. Have you been around long enough to remember cigalikes with disposable sponge-filled cartridges?

What about the original eGo e-cigarette – or the first iStick mods?

One certain thing about the way the vaping industry has evolved over its first decade is that vapers are always on the hunt for what’s new and sexy. Beginner vapers, however, don’t seem to have nearly as many options as they once did. There’s pretty much JUUL and – well, JUUL – and some of us are pretty sick of that company’s marketing shenanigans. 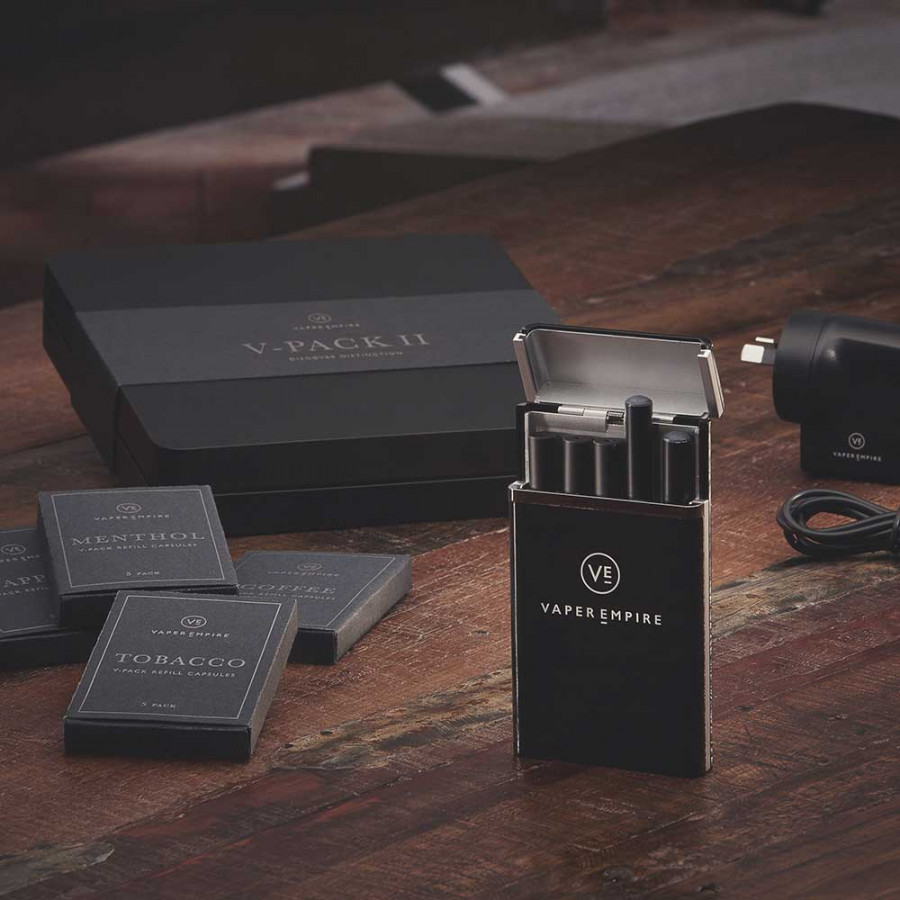 Sure, there’s nothing stopping a new vaper from skipping JUUL and heading straight to a mod. Let’s face it, though; many new vapers simply don’t want mods at first. What they really want is something that’s small and convenient and mimics a real cigarette as closely as possible.

Let’s examine the lost art of e-cigarette kits a little more deeply and learn more about why those kits could still hold plenty of interest for smokers-turned-vapers.

A Good E-Cigarette Kit Feels Like a Truly Complete Package

Have you ever opened a JUUL starter kit? A JUUL kit is an extremely spartan package containing nothing but a battery, a USB charger and a handful of pre-filled pods. When you open a JUUL kit, you don’t feel empowered to take on whatever situation you may encounter during your transition from smoking to vaping. You don’t feel like you’re ready to make a major life change. You don’t feel like you’ve just joined an exclusive club. The only thing you really feel is that you’re probably going to need to grab a box of refill pods soon.

A great e-cigarette starter kit, in comparison, will leave you feeling empowered because it’ll include every accessory you’re likely to need during your transition. Accessories like wall charging adapters, portable battery charging cases and plenty of refill cartridges are exactly what new vapers want to see. A good e-cigarette kit feels like a truly complete package. That helps new vapers feel prepared for the transition away from smoking and gives them a level of confidence that helps to make the switch easier.

An e-cigarette kit often has its maker’s logo stamped just about everywhere – on the packaging, on the battery and on all of the accessories. E-cigarette kits can feature very prominent and powerful branding in ways a JUUL starter kit doesn’t. Opening such a kit is a powerful experience that definitely makes you feel as though you’re included in something special.

Consider tobacco cigarettes in comparison; tobacco companies brand their products with a razor-sharp focus that has virtually no equal. They understand that the differences between cigarette brands are minimal. How a cigarette brand tastes isn’t nearly as important as the way that customers feel when they associate themselves with that brand. Brand identity is something that’s largely been lost as the American vaping industry has gradually shifted from traditional e-cigarettes to mods.

Nothing Is Easier to Use Than a Traditional E-Cigarette

Although vaping does make achieving a smoke-free lifestyle much easier than it once was, the initial transition from smoking to vaping isn’t always easy for everyone. During that transition phase, the last thing you want is a device that’s anything less than completely simple and user friendly. One of the best things about the traditional e-cigarette kit is the fact that it’s a platform that has seen years of refinement and has probably now reached its peak in terms of performance and reliability. Some people might say, of course, that the pod system represents a further evolution of the classic cigalike – but pod systems have a long way to go before they’ll be as reliable as cigalikes. Even though pod systems have been around for years, people still deal with problems like leaky pods and dry hits. Cigalikes generally do not have problems like those.

Traditional e-cigarettes are also incredibly easy to use because there’s no fiddling and virtually no troubleshooting necessary, ever. No flavor? Replace the cartridge. No vapor? Charge the battery. Switching flavors is as easy as unscrewing one cartridge and screwing on another one. Pod systems are equally easy to use – at least if they have pre-filled pods – but the fact that you occasionally need to troubleshoot problems with a pod system adds an extra layer of difficulty that traditional e-cigarettes lack. If you’ve ever needed to disassemble a JUUL because a leaky pod contaminated the device’s internal electronics, you know exactly what we’re talking about here. Cigalikes can’t be disassembled for troubleshooting, and if you do happen to ruin a battery by getting it wet, replacements are always cheap.

A Traditional E-Cigarette Has the Feel That Many Smokers Want

The one aspect of traditional e-cigarettes that have no peer in the vaping world is the fact that using a cigalike feels very close to the act of smoking a cigarette. You can hold a cigalike between two fingers while you vape. Some cigalikes are so light that you can even let them hang from your lips if that’s what you prefer. Have you ever seen someone struggling to keep a JUUL between their lips? It doesn’t work at all.

Pod systems definitely have their benefits; they’ve revolutionized the vaping world for a reason. Still, building and selling traditional e-cigarette kits is something of a lost art in the United States, and it’s a tradition that deserves to make a comeback for many reasons. No consumer has ever benefitted from having fewer choices available.