The best vape subreddits on Reddit. Learn more, meet like-minded people, and troll the brands you hate! Vaping and Reddit go awesome together!

If you don’t know about Reddit, you’re missing out on a veritable treasure trove of information. Let’s fix that today!

Reddit is perhaps one of the greatest things to ever happen to the internet.

I use Reddit more than Google these days for literally everything: cooking, recipes, fitness, vaping and more.

Just think of something, a subject, it can be anything, go onto Reddit and you’ll discover there’s a subreddit for it.

Hell, there’s even one a subreddit for people who think they’ve switched dimensions and are now living on a different strand of the multiverse, one where Ghost Hunters is actually called TAPS and the Allies lost WW2.

But I digress – this is about vaping and vaping products. 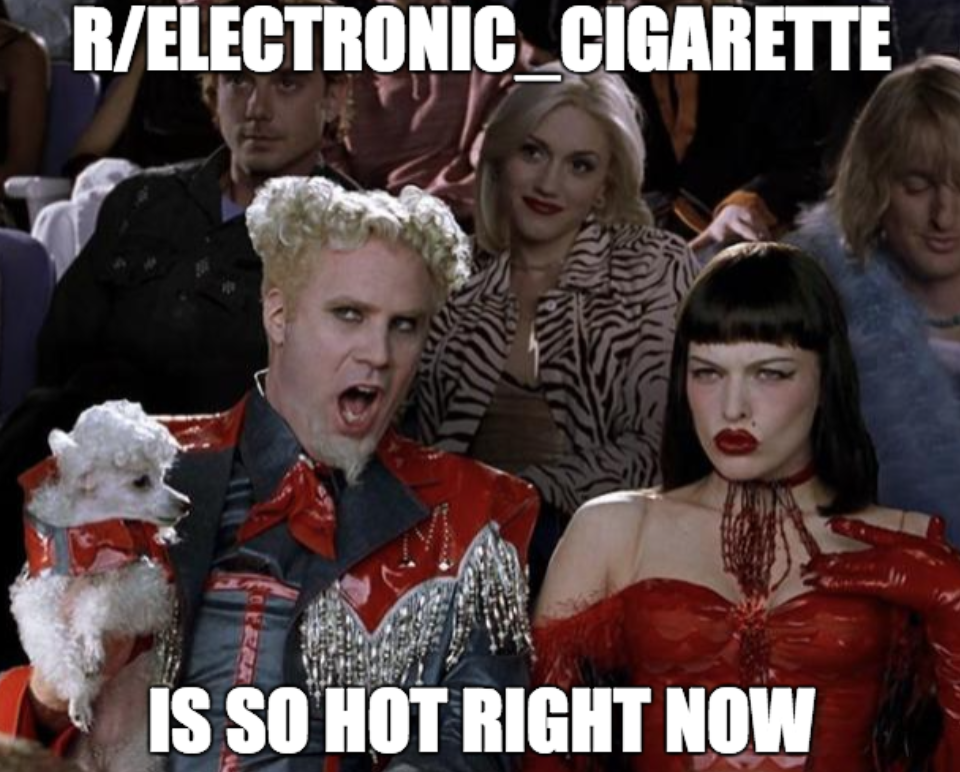 The most active vape subreddit is r/electronic_cigarette – so this is a great place to start.

You earn points, as a user, by posting things that people like and up-vote.

If you’re new to vaping, or just looking to meet like-minded folk and find out more about the subject and what the best products are, then you NEED to get yourself a Reddit account.

You can ask questions, read about pretty much everything related to vaping, and meet fellow vaping enthusiasts.

Don’t want to register and prefer lurking in the shadows?

That’s fine too, but just be warned you will not be able to post anything.

I did it this way for a few months before signing up, though I would highly recommend getting involved from the get-go.

There’s also a selection of very decent iPhone and Android apps for Reddit too.

My favourite is Bacon Reader for Android and Alien Blue for iPhone and iPad.

Now, without further ado, here’s a collection of some of the best vape subreddits on Reddit: