The Uwell Caliburn AK2 offers great flavor and decent airflow, but it is heavily let down by its battery. It’s too similar to the Caliburn A2 as well, but it does have one big advantage over its sibling; its size and shape. It’s not the most comfortable to hold, but it takes up almost no pocket space. It’s cute and looks great too

I remember the day Uwell announced the Koko well. A more compact Caliburn in a new fancy new dress with some great improvements. A new higher resistance pod was released at the same time and users quickly jumped from the Caliburn to the Koko; it was just better in every way. Sadly though, apart from the form factor, there’s just much reason to get the new version if you already have the Caliburn A2.

The design is undoubtedly Koko; a sloped edge with a lanyard catch is added, but the square chassis remains the same. It’s still a good looking device and fits easily in your pocket and hand. The A2 and AK2 share the same pods which slides with your juice level is displayed clearly underneath, a big improvement from the first Koko.

Unlike the A2, there is no fire button; the AK2 is draw activated only. There is nothing on the body of the AK2 and gives it a clean and sleek look. What I like the most though, is that it feels like the days of the Sourin Air and the likes, simpler devices for simpler times.

The USB – C charging port sits right at the bottom of the device and charges the same 520mAh battery as found in the A2.

Airflow remains non-adjustable but with a looser draw this time around thanks to a slightly bigger airflow hole. It’s not RDL loose, but not pinhole tight either.

The Caliburn AK2 uses the same pods as the A2 with a capacity of 2ml, which I wish was slightly more. 3ml seems the perfect size for me and I’d love to see larger capacity pods in systems that have the lifespan of the Caliburn pods. Obviously, there’s no difference here, so you get the same breather hole when filling up to prevent spillage upon filling. Speaking of filling, accessing the fill port is done in the same way as the previous version as well as the black drip tip to cover the filling port. It’s unfortunately just as difficult to remove.

If I’m being honest, I could have covered the performance of the AK2 in the Uwell Caliburn A2, but I forgot and now my lazy ass has to cover it again. Apart from a looser draw, there is literally no difference in the way the AK2 performs.

The 4w power increase over the original Koko makes the slightest of difference, perhaps slightly warmer. The increase in wattage taxes the tiny battery even more than on the original and you’ll be charging the AK2 more often than not, for a negligible difference.

The airflow is smooth and swooshy and the flavour is solid. I found that pods last slightly longer in the AK2 compared to the A2 and this may be down to not choking off the airflow as much.

All in, the AK2 performs fantastically with great flavour, but the battery is less than adequate to put it lightly

The Uwell Caliburn AK2 offers great flavour and decent airflow, but it is heavily let down by its battery. It’s too similar to the Caliburn A2 as well, but it does have one big advantage over its sibling; its size and shape. It’s not the most comfortable to hold, but it takes up almost no pocket space. It’s cute and looks great too. Most importantly, it reminds me of the days when MTL devices were testing the waters to see what will stick and manufacturers brought out the weirdest, most wonderful devices. href=”https://vapebeat.com/recommends/mipod” linkid=”8295″ data-lasso-id=”30555″>Think back to the MiPod and you’re tripping down memory lane with me. This is what makes the Koko AK2 special, even with some minor flaws. 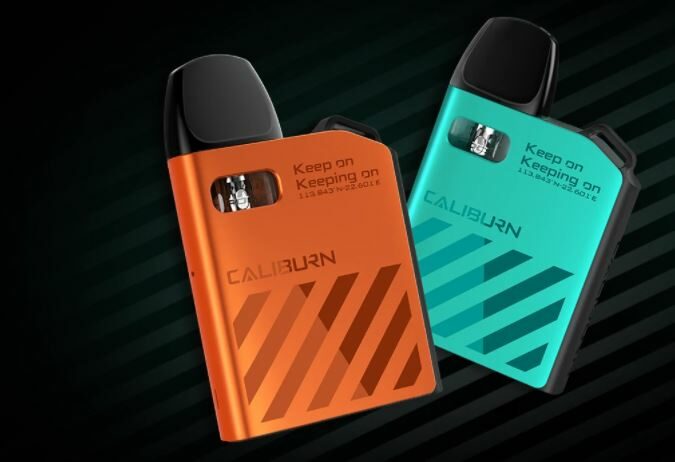