The first EVER long term E Cig study shows, once again, that vaping is more or less completely safe when compared to smoking…

The War on Vaping continues to rage on across the United States with flavor bans popping up left, right, and center, as well as outright, bans in New York and Michigan. More will follow too; the MSM has been primed and the story is ready for dissemination to the sleeping masses.

These flavor bans, according to many, are being enforced and propagated by fake-science and general fear-mongering. Concerns over safety are the main thing, following a spate of deaths. However, nearly all of these deaths were related to illegal, THC pods. Cops even bust a huge multi-million dollar THC cart-making ring.

And yet it is flavored E Juice they’re coming after; not the actual culprit: illegal, black market THC carts and pods.

Kids, as always, have been the focal point of campaigners’ tactics to ensure the bans come into effect. And now, even our grand overlord, Donald Trump, it seems, isn’t immune for the porkies being spread by those that want vaping dead and buried.

Another tactic? Lumping vaping in with wider-restrictions on cigarettes – the very thing vaping is designed to stop.

If you read the newspapers or listen to reports circulating in the mainstream media, you could be forgiven for thinking vaping is no better than smoking.

But this is NOT the case, as has been shown time and time again.

And we now have a growing body of scientific evidence on our side; the latest comes in the form of the first-ever long-term E-Cig study.

The study was conducted by the following institutions:

“The researchers found significantly lower levels of toxic chemicals and cancer-causing substances (carcinogens) in the samples of those of former smokers who had been using e-cigarettes or nicotine replacement therapy (NRT) compared to current smokers,” according to the NHS.

The results of this long-term study on vaping backs up previous claims made by Public Health England which concluded vaping is 95% safer than smoking.

Key Take-Away Points From The Study

You can read the full vaping study for a more detailed breakdown of the findings, but for those of you that just want the highlights, check out the points below:

The findings of this study do appear to reassure that use of e-cigarettes and nicotine replacement therapy – while continuing to provide nicotine – can reduce exposure to toxic chemicals that can lead to cancer in cigarette smokers.

Why Doesn’t The FDA Listen?

Honestly, I have no idea. But given the administration’s track record, it’s not all that surprising.

And if you’re unaware of the “Monsanto Revolving Door”, please Google it (there’s an image below that illustrates it as well).

There is now a multitude of research and study material available on the health effects of vaping, and most agree that it is not only a viable alternative to smoking but one that should also be promoted. 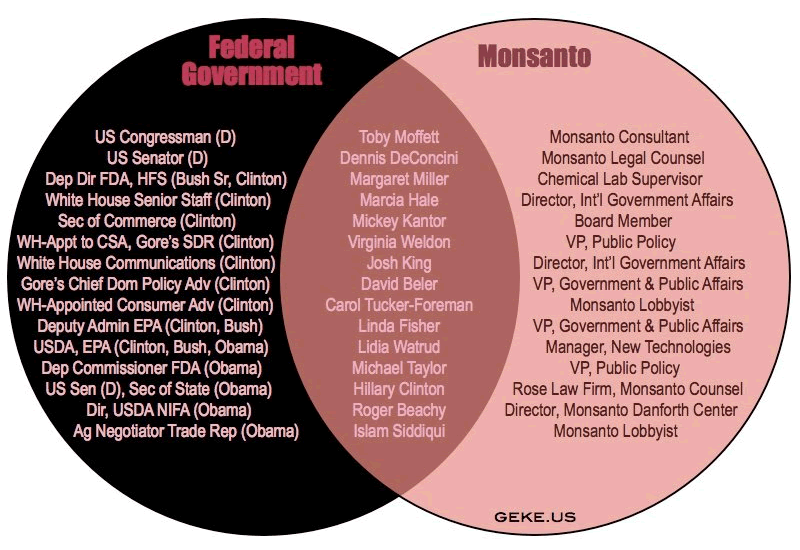 The UK government is now even considering repealing the TPD laws in a bid to get more people off cigarettes and on to vaping.

The UK government has conducted research, done its due diligence, and is now the most progressive nation on earth with respect to vaping.

I just wish its American counterparts would do the same; the current climate in the US smacks of prohibition-era zealotry – and we all know how that little historical blip ended!

If you’d like to stay abreast of all the current regulation that is going on in your state, please follow CASAA and check out their call to actions.