Something’s afoot in the vape market, and I really don’t like the way it looks… I think the FDA flavor ban is just the tip of the iceberg – a move to pave the way for a Big Tobacco take over

You know you live in a bat-shit crazy world when a handful of suits can label E Juice a tobacco product when there is ZERO tobacco in it – or anywhere near it.

Think about that for a second: it’d be like calling a cat a dog just because it has four legs and a tail.

And we now know why the FDA was so keen on doing this – so it could lump E Juice into its flavored tobacco bans which are now coming into effect.

I think Nietzsche summed up this sorry state of affairs best when he said:

“INSANITY IN INDIVIDUALS IS SOMETHING RARE – BUT IN GROUPS, PARTIES, NATIONS, AND EPOCHS, IT IS THE RULE.”

So… what can YOU do to help in this fight? New York State is up next, and if you vape – which you do because you’re reading this – you NEED to pitch in and help.

Sadly, a lot of vapers didn’t even know about the San Francisco vote.

Simple: advertising is banned when associated with vaping (as it’s wrongly labeled as tobacco).

And this makes it hard to get the word out.

Please: take some time today to get on the phone and comment by using the below contact form (via CASAA).

See the numbers below? If you live in New York State, call them.

Demand them to support healthier alternatives to smoking, not BAN them!

The FDA comment site is still live, so PLEASE make sure you submit a note, stating your support of vaping and its importance as a harm-reduction tool.

There is a dark, malevolent presence hanging of the vape market right now.

I call it the Unholy Trinity.

And it’s end goal is the complete destruction of what we now have.

Grab your tinfoil hat, we’re about to get very left field.

The FDA is poised to ban flavored E Juice.

Big tobacco is making a lot of moves towards “vaping” products.

And JUUL is constantly in the headlines.

This unholy trinity of events that are now taking place indicates to me that plans are afoot to systematically destroy the vape market from the inside out.

And it all starts with flavored E Juice. But that’s just the tip of the iceberg.

I know, I know – this all sounds very “Infowars”… but stay with me.

This is essentially what I think is going on behind closed doors right now.

And guess who’s limbering up to enter the vaping space? Yep: pretty much every major tobacco company.

They know they can’t compete with current brands, so rather than do this they’re effectively taking these brands out.

And they’re doing it through their stooges in Washington and the FDA.

Think I’m crazy? Just look at what Monsanto has managed to achieve by doing this very thing during the past 1o years.

Vaping is helping to reduce the number of smokers in the US and UK.

But the fight is far from over. As you can see below, Big Tobacco is still making A LOT of money.

The Rise of Closed, Pod Based Vaping Devices

We now live in a world where pod system vapes like the JUUL are immensely popular.

These pods are closed systems.

You have to buy the pods from the device’s maker.

These closed systems are used because they’re immensely profitable.

It keeps consumers in your ecosystem.

Freedom of choice is limited by the supplier, and the price is what the supplier wants it to be.

And I wonder who’d really dig this kind of business model?

This is what I think Big Tobacco wants to happen:

Once this is done, and the current vape market is gone, Big Tobacco can move into the market, spend billions advertising, cos you know it will be legalised then, and take over.

Big Tobacco 2.0 – Could It Actually Happen?

Most of it is me joining up the dots in a bid to discover a bigger, overarching theme.

I just can’t get this idea out of my head though.

Everything points towards a coup – a coup sponsored by Big Tobacco and instigated by its buddies at the FDA.

And make no mistake: Big Tobacco has the money and resources to PROVE that its vaping products are safe (something ALL vape brands have to do by 2022).

It will also use this money to ensure that advertising regulations are removed and this, along with the removal of competition, will allow Big Tobacco’s vape products to dominate.

And you’ll only be able to get tobacco and menthol flavor vape juice as well – just like the good ‘ol days!

The writing’s on the wall guys.

If you want to keep vaping independent and away from Big Tobacco, you have to act now.

I’ve included a bunch of links below that you can follow to make the case for vaping and stop this from happening. 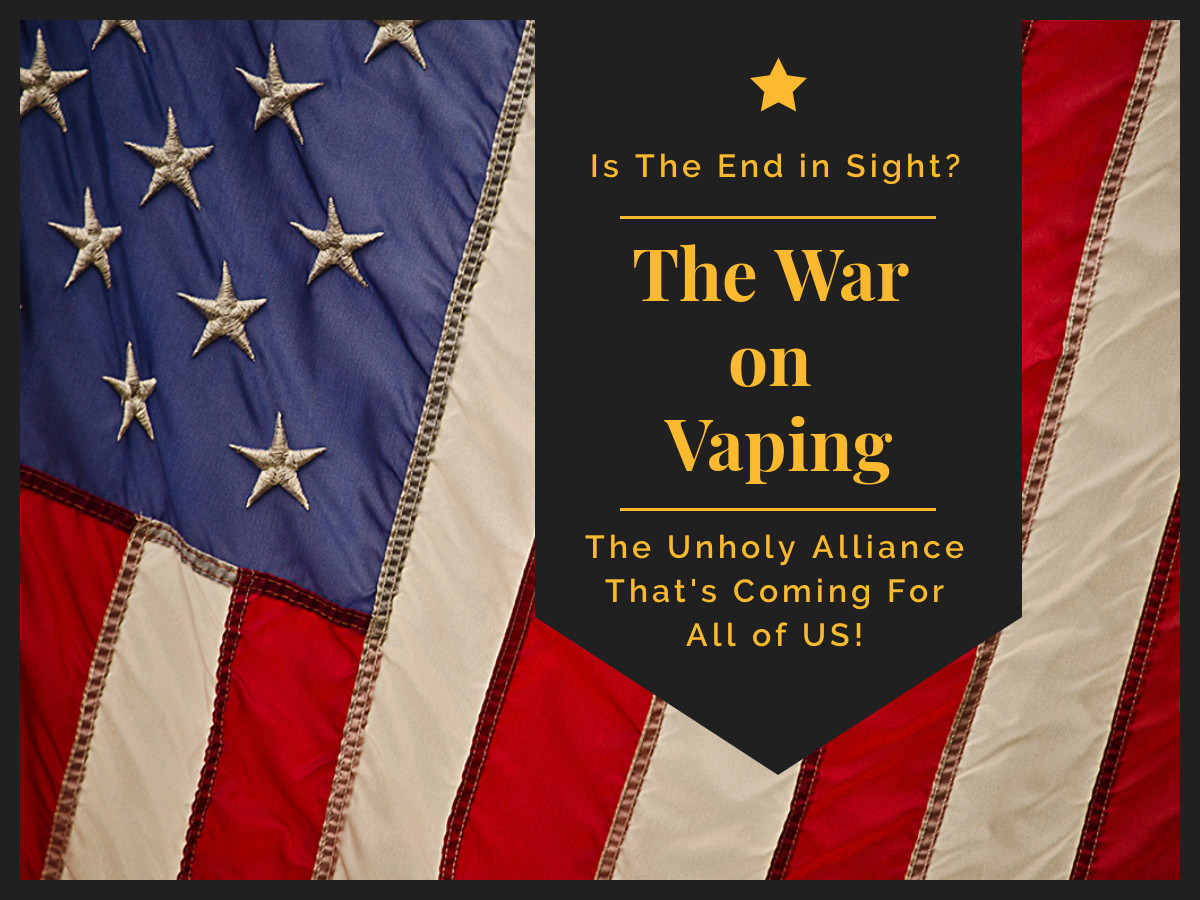