I’m just going to come right out and say it: the Vaporesso Tarot Pro is quite simply the best looking mod I have ever tested. I love the way it looks. Everything about it is just stunning. And, perhaps best of all, it reminds me of a Transformer.

But I digress. First and foremost, we need to get you acquainted with Vaporesso if you haven’t heard of them. Vaporesso is a company that doesn’t really need much of an intro if you’ve been vaping seriously for a good long while.

Vaporesso make excellent hardware. They’re known for innovation, quality gear and great design. But the Vaporesso Tarot Pro trumps pretty much everything else they – or anybody else, for that matter – have produced in the past.

I was super excited about the prospect of testing the Vaporesso Tarot Pro ever since I saw its pre-launch materials. So when one arrived by post at my house, pretty much out of the blue, well, I was more than chuffed – I was over the moon.

I’ve just spent two weeks getting acquainted with the Vaporesso Tarot Pro. Does it live up to the hype? Is it as good as it looks? Is this my new go-to mod from here on out in 2016?

Read on to find out!

Packaging may not seem like a big deal but that old expression “Eye appeal is buy appeal” really comes into mind here. The Vaporesso comes in a premium-looking black box, almost looks like a piece of jewellery. 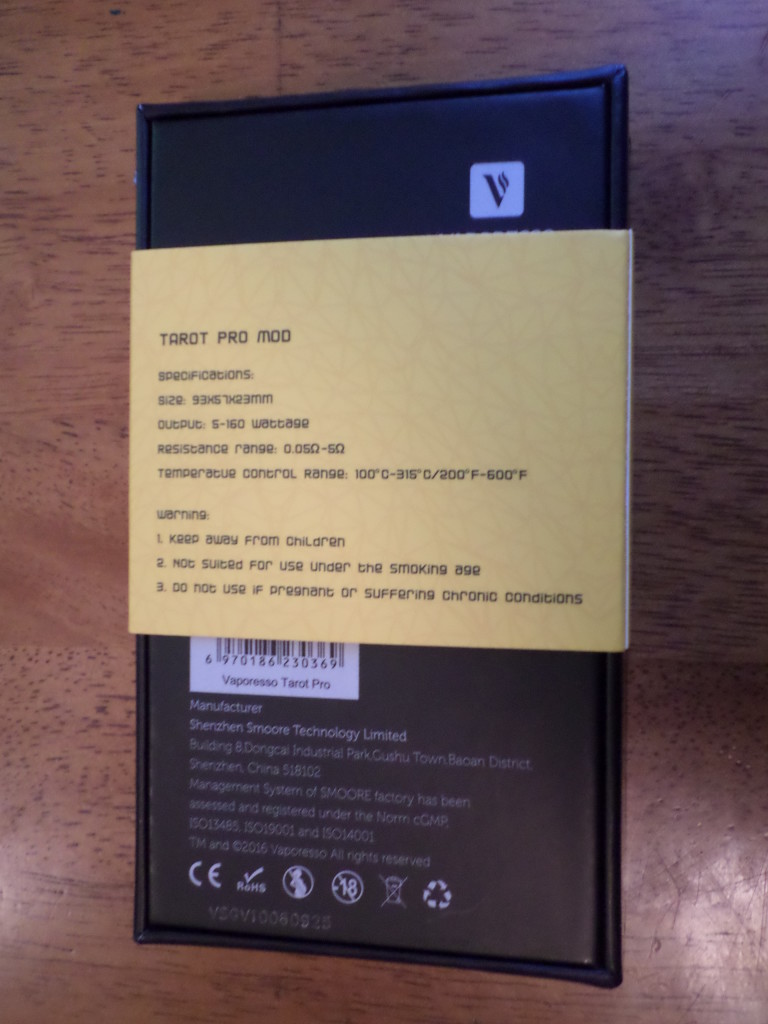 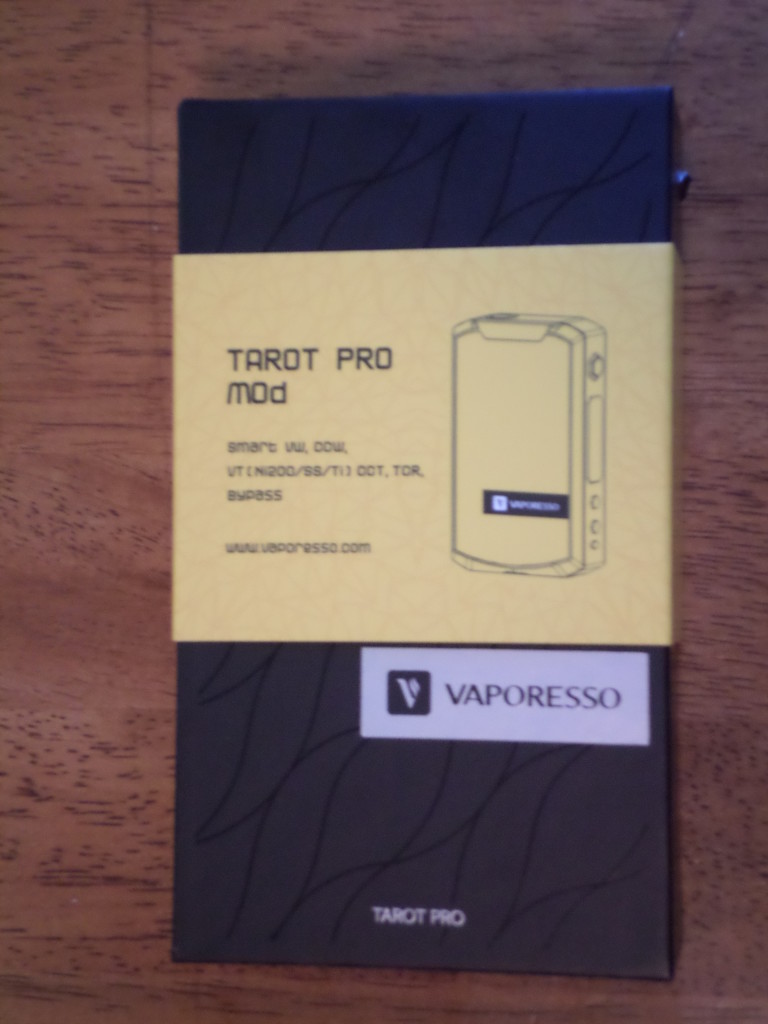 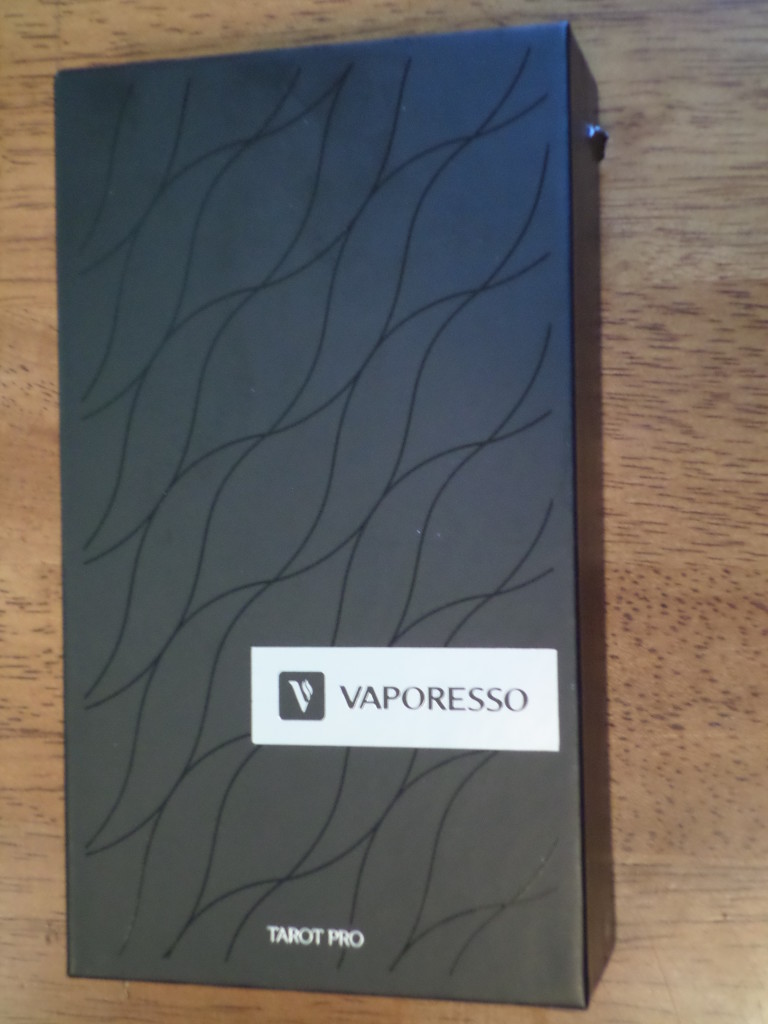 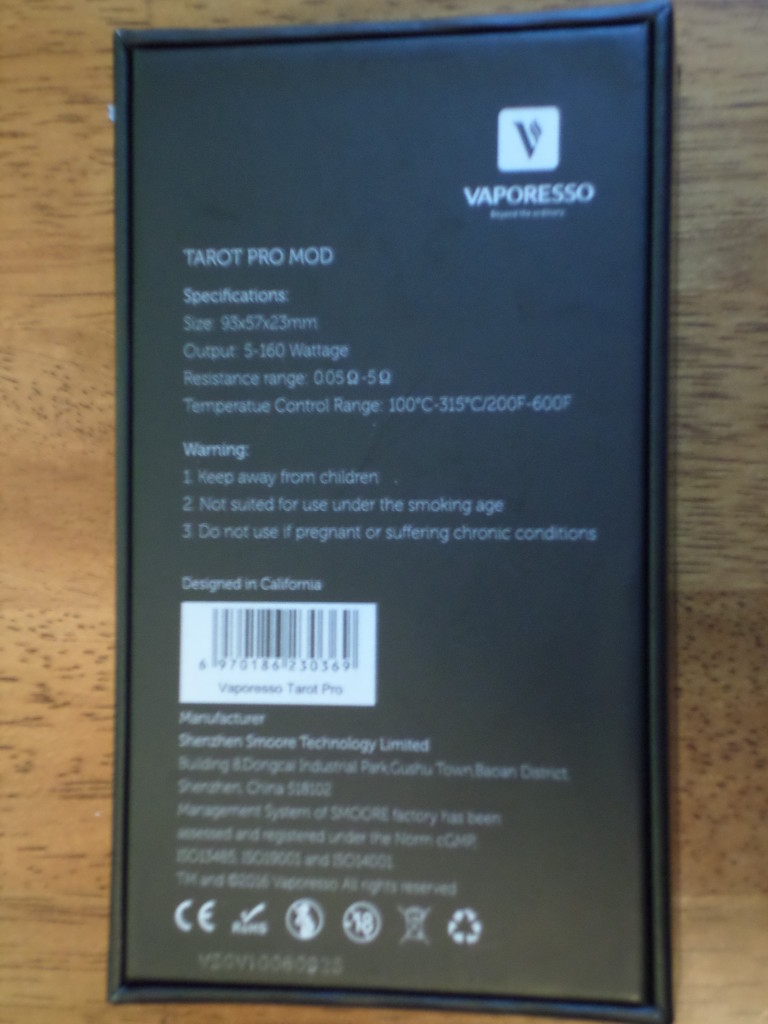 On the side of the sleeve we see some more information about the chipset, metal buttons, and USB charging. On the backside we are presented with the Vaporesso Tarot Pro specifications, which include:

Taking off the sleeve we see a Vaporesso logo on the front with Tarot Pro at the very bottom. The back of the box has the specifications, warnings, and manufacturer information. 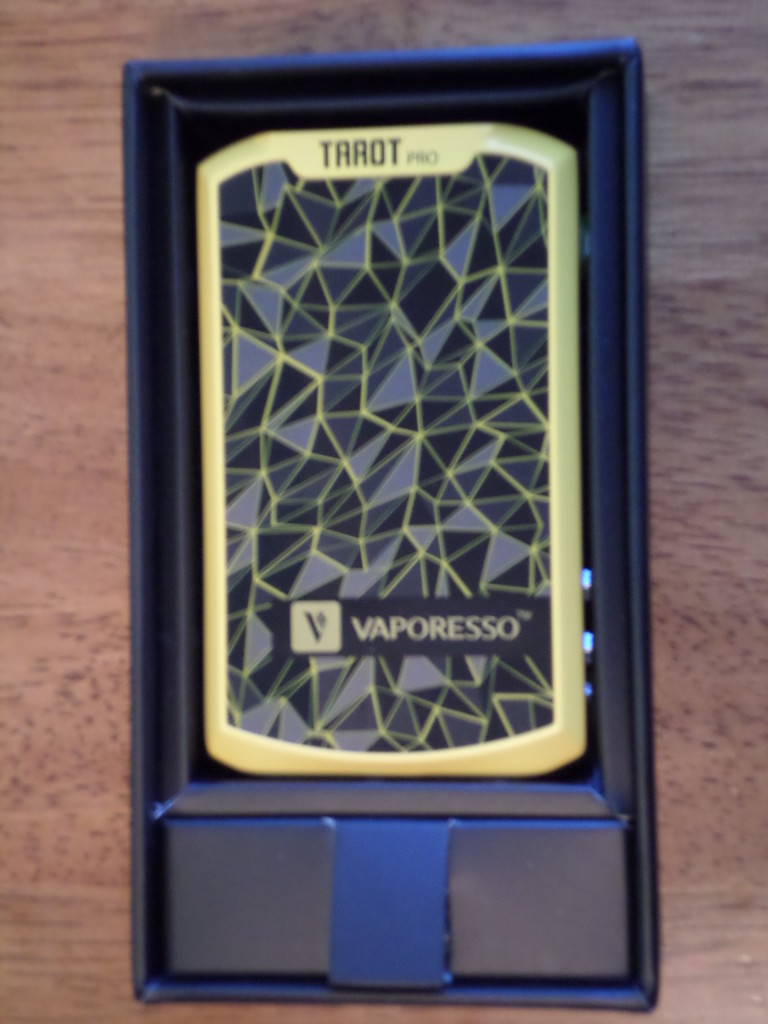 Opening the box reveals the Tarot Pro, USB cable, and a business like small black envelope. Inside this little envelope we find: a quick guide, warranty card, and a warning card. The USB cable isn’t the run of the mill USB cable. This USB cable is a micro USB but the cable is a high quality flexible metal USB cable.

The packing done here by Vaporesso is by far one of the best that I have seen. Quality in packaging tells me the device/product was well cared for.

This is where things get interesting. First off I checked the Vaporesso Tarot Pro from top to bottom looking for imperfections, the slightest offset, a mark, something… anything! I found nothing but pure beauty. The design of the Tarot Pro is really cool. Like Transformers-cool. And that is high praise, indeed. 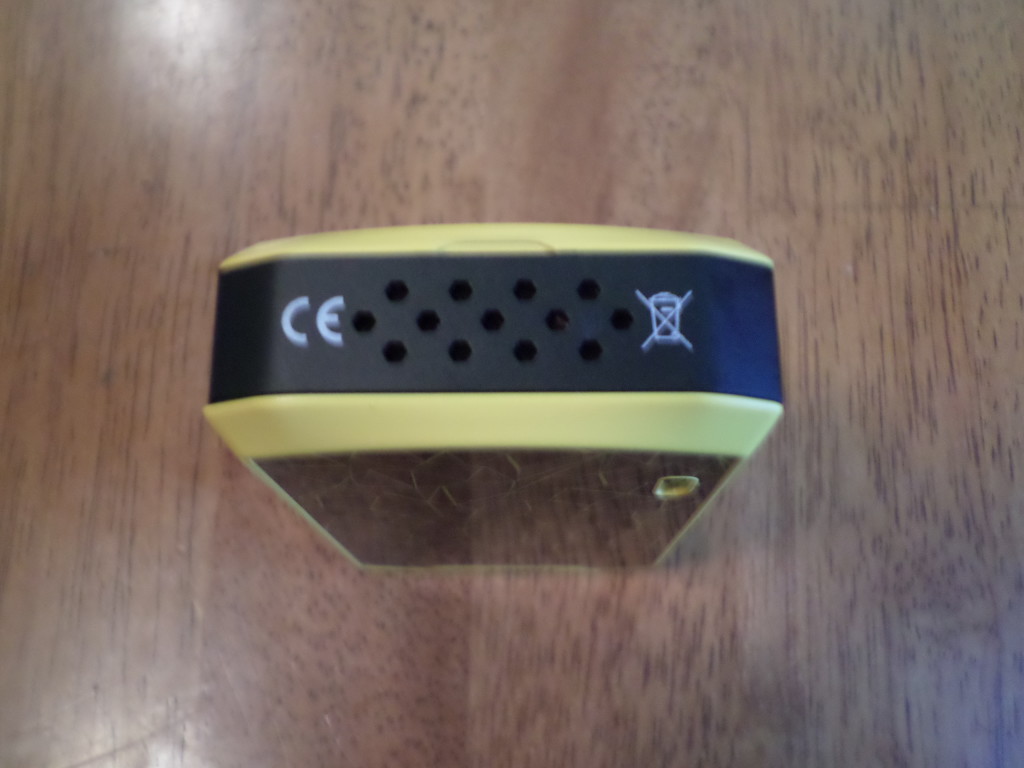 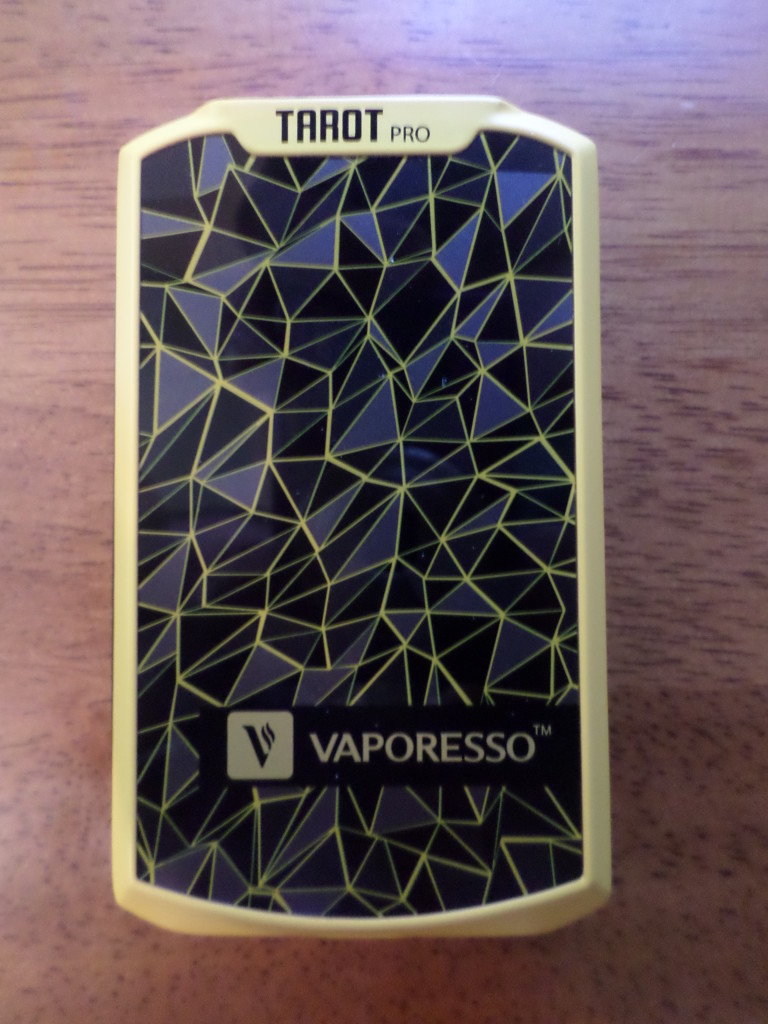 It really does look completely unlike, despite its adherence to standard box mod-style design conventions. It’s like a BMW M-Series car; it’s kind of the same as what you’re used to, just a lot more aggressive. Everything just pops and everything is placed perfectly, including the battery venting holes which are found on the bottom and are very sufficient, clean and well done.

The 510 connection is spring loaded and buttery smooth but tough enough to last a lifetime. The 0.91inch screen is bright enough to be seen outside yet soft enough to look at in the dark. It is also very crisp and clear. So far, so good! 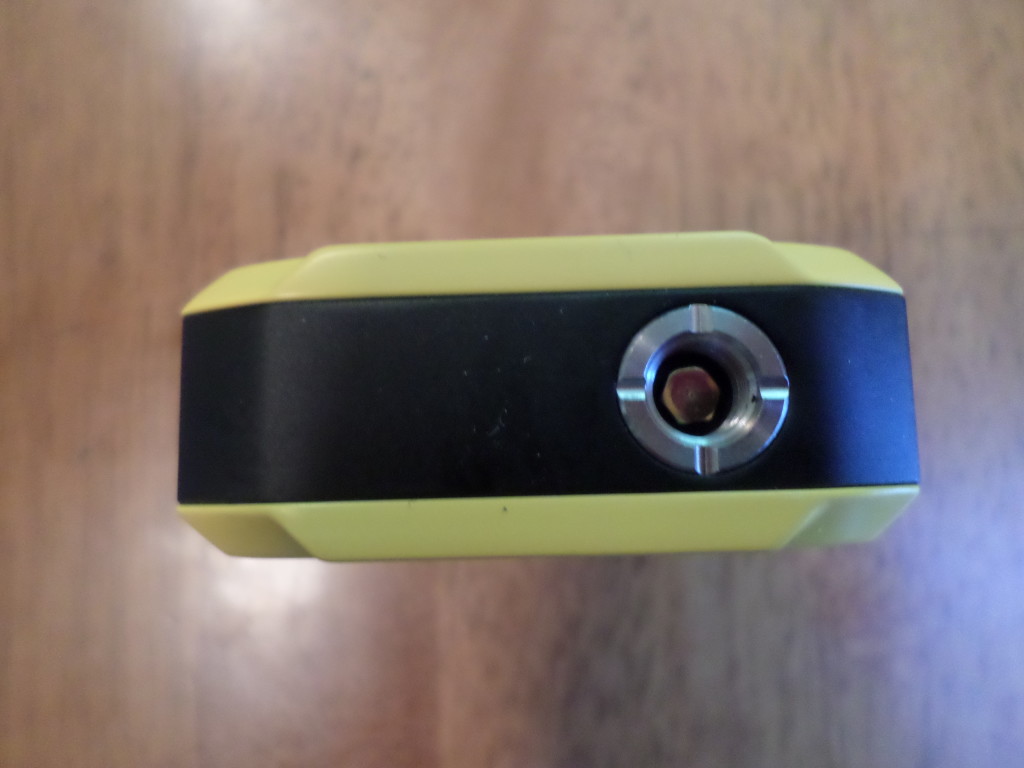 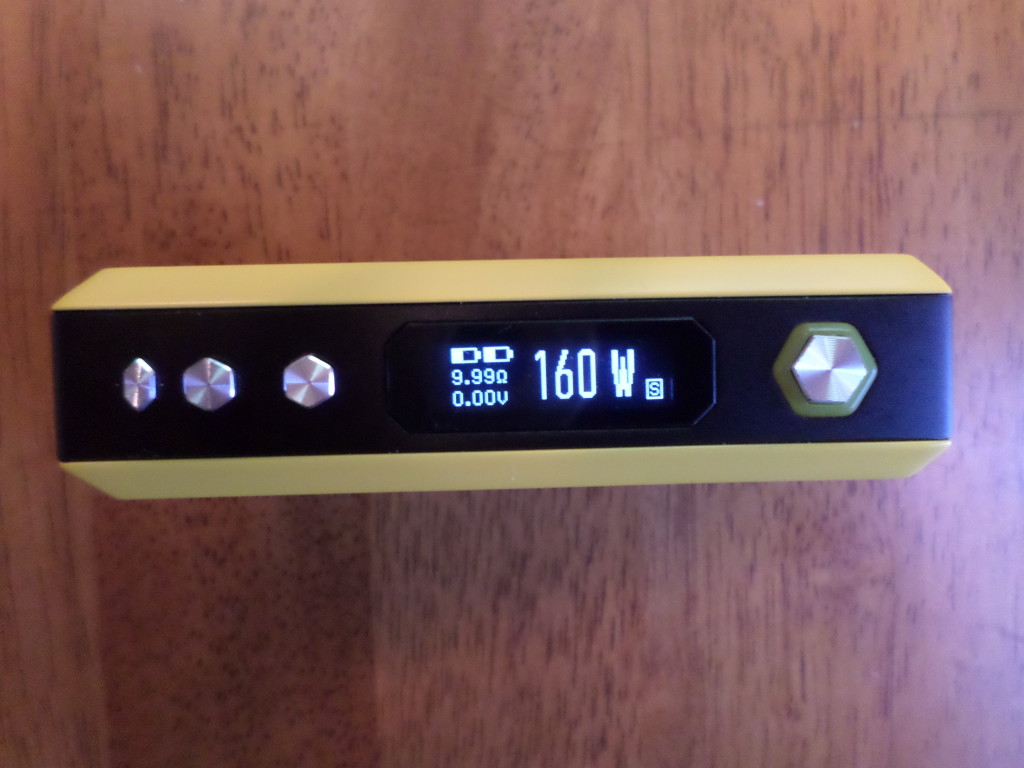 As mentioned earlier the buttons are metal and very clicky. In addition to the three normal buttons: Fire and adjustments (2) we now see a mode button, which you can use to switch through the various settings available inside this mod.

I have to say this first, get ready for a lot. Here we go. In addition to the standard Wattage mode you will get various temperature control modes: Ni, SS, Ti, and TCR. You also get a couple added features which are CCW, Customised Curve of Wattage, which allows you adjust your vaping to every ½ second which allows you to customise your vaping for every moment.

Another is CCT, Customised Curve of Temperature which allows you to set a preheat, so to speak, so you have no ramp up time in temperature control mode. You have Smart VW, Smart Variable Wattage which is basically automatic. 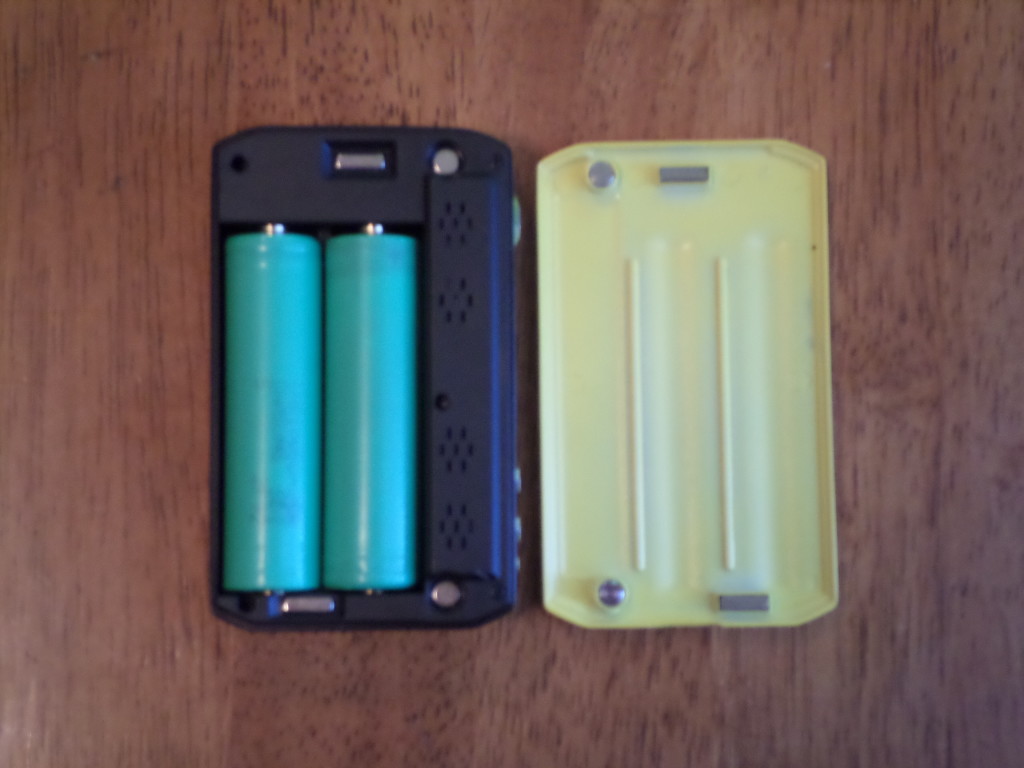 Vaporesso has a great chipset on board called the OMNI Board. This chipset is very good at what it does and also fairly accurate as well. I compared this to my SMY SDNA 200 EVOLV mod and there really wasn’t much to separate the two. Not bad at all.

With all the above said and done I can assure you the Vaporesso Tarot Pro performs like an absolute champion. I ran in wattage mode using several tanks and RDAs and the Tarot Pro handled them all with ease.

The only thing I found the Tarot Pro didn’t handle was the larger tanks and RDAs. The Tarot Pro is 23mm wide so anything bigger will over hang. The Tarot Pro will still run them perfectly, but it just won’t look quite as tidy doing it with that overhang. Overall performance, however, cannot be faulted. The OMNI board inside this thing is amazing.

In Ni mode the Tarot Pro performed flawlessly; SS and Ti yielded the exact same results. Using TCR is not my forte but I did use it and the TCR performed very well. The special CCW and CCT modes did take a little getting use to but are fairly easy to use if that’s your thing.

The CCT was amazing as you do NOT have any ramp up time in temperature control modes when set correctly. The CCW mode is nice and actually has me playing around with it more and more. To enter into all the various modes offered by the Vaporesso Tarot Pro you need only to simply press and hold the Mode button for two seconds.

The Vaporesso Tarot Pro also has firmware upgradeability and can be charged using the supplied USB cable. I have not downloaded the software from the official Vaporesso website yet but I do plan to very soon.

And you can even get protective silicon cases for the mod now via eBay, meaning you can protect the chassis from nicks and scratches. This will keep the mod in pristine condition for when it comes time to sell it or vape it forward.

One fault…one con, it has to be said, 23mm width. I wish the Vaporesso Tarot Pro was 24mm wide but I’m not complaining I just had to mention it as most people like 24mm width.

With that being said I really enjoyed using the Vaporesso Tarot Pro as it feels light, strong, and just fits in my so well….like it was made specifically for me. The buttons are perfect and respond each and every time they are pressed.

The look is one of a kind and perfectly executed. So, what are you waiting for? Go get the Vaporesso Tarot Pro for yourself – you will love it! 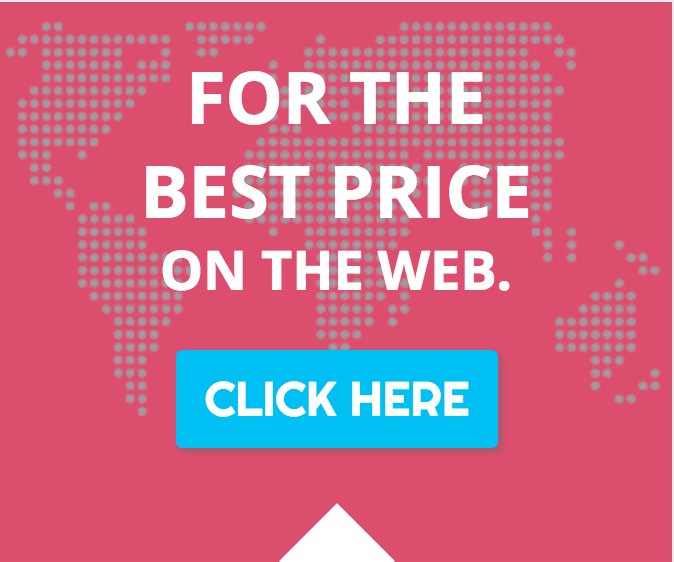