SXK Bantam Box Revision Review: Is It Better Than A Billet Box?

Want a Billet Box but it’s too expensive? SXK makes a magnificent clone. Still too expensive or perhaps too bulky? There’s the Bantam Box. Less a clone of the Billet Box, but a reimagination of one of arguably the best all-in-one device ever made. Think of it as a Billet Box without the weight or price and you’re getting close to what the Bantam Box offers. 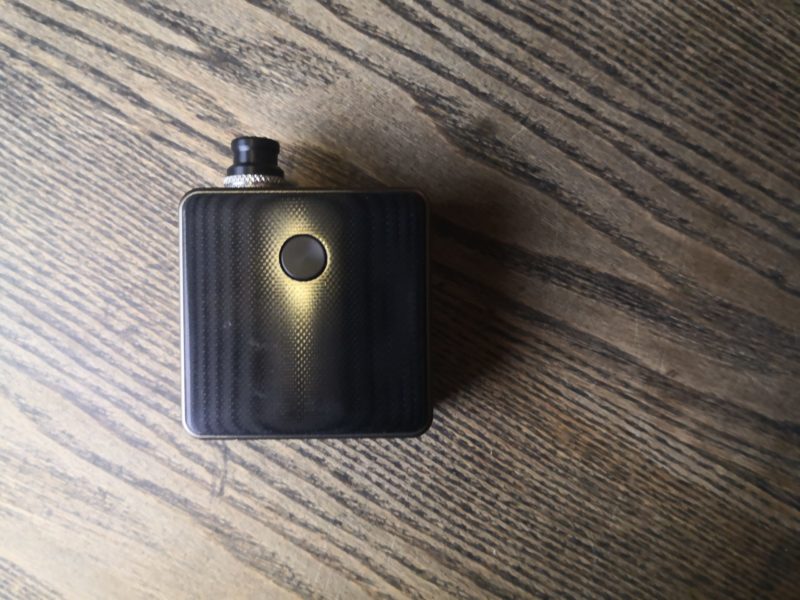 I bet you’re looking at this strange square and thinking “why the should I care?” That’s a valid point as the Bantam and even Billet Box offer nothing other than just another AIO to the average vaper. In essence, it’s just an external battery pod system that uses prebuilt coils, and haven’t we seen quite enough of those lately. A rebuildable deck? Pretty much all AIOs have a rebuildable deck available. So, what is it then, what makes it so special?

Simple, bridges, and accessories. The BB styled devices make use of a tank, called a “Borro” that allows users to fit a wide variety of decks, from rebuildable, like the phenomenal Atmizoo Vapesnail to stock coils, which allows you to tailor your experience exactly as you want it. Users can also completely transform the look of their device thanks to new buttons, panels, tips, tanks, and more, but does this make the Bantam Box worth a look on these merits alone?

The Bantam Box comes hot on the tail of SXK’s Bantam Box clone. SXK was able to reduce the size considerably by chucking the 18650 in favor of a 18350 (included, thankfully). If you’re familiar with the ridiculously expensive Limelight Fifty 50, the Bantam Box is basically the same thing in regulated form.

Everything but the fire button sits inside the zinc alloy panels that are held in place with fairly strong magnets. A small gripe is that the adjustment buttons/tank and USB port/fire button sit on opposite sides and takes getting used to the layout.

The Bantam Box has its screen on the top (vs inside on the Billet Box) which is a major improvement and other than that, it’s reduced size and battery, it functions as you would expect a Billet Box like device to function.

The real magic of the Bantam Box happens inside the Borro Style tank. Pretty much a blank canvas, it allows users to insert an aftermarket deck (known as a Bridge) to tweak your device to your preferences. There is a massive range of bridges available, but unfortunately, none of them are cheap. In fact, you’d be hard-pressed to find a bridge that costs less than the actual device. 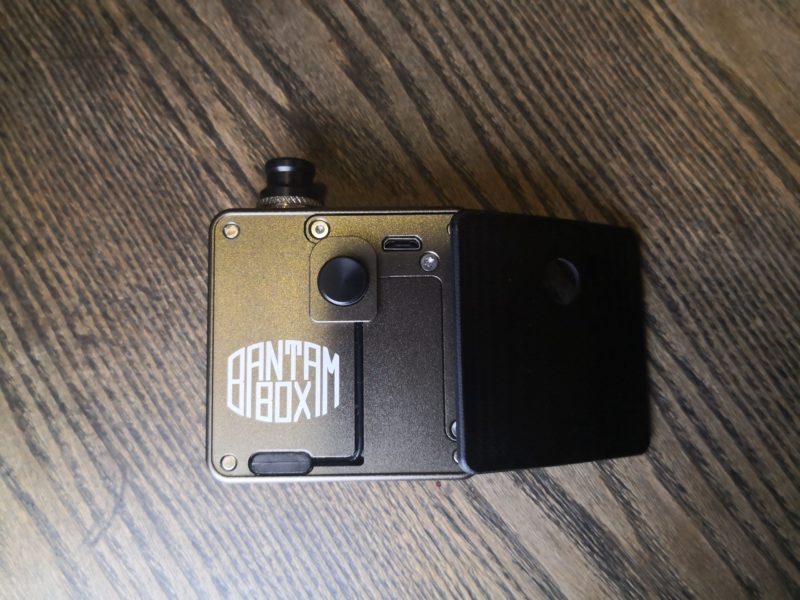 The Borro tanks capacity differs depending on the size of the bridge used, but averages around 4.5ml. Filling the Borro is an adventure in itself. There’s no plug, screw, or cap; instead, a sliding glass plane covers the front facia of the tank to allow filling and easy removal or adjustment of your bridges. SXK includes a secondary, more traditional tank that houses their own prebuilt coil, but to be honest, it’s lackluster at best.

The Borro has no airflow control per se; instead, it relying on adjustment being done on the bridge itself and is probably the most complicate part of the Bantam box

By nature, it’s a simple device and there’s not a lot to cover in stock form; BB devices are bought for their customization and sadly, this is where the Bantam Box fails. Very few, if any modders bought into the Bantam Box and this means finding panels, buttons or switches near impossible. They can be custom made, sure, but I would love to see the Bantam gain traction and open the aftermarket segment for it.

How the Bantam Box performs is not as simple as good or bed. It very much depends on your battery and bridge configuration. What I can well comment on is the 30w SXK chipset used is more than adequate. Unfortunately, 18350 are just not good enough for a full day of vaping at 30w, so keep that in mind. At least SXK took the wise decision to include a battery in the package as it can be hard to come by. 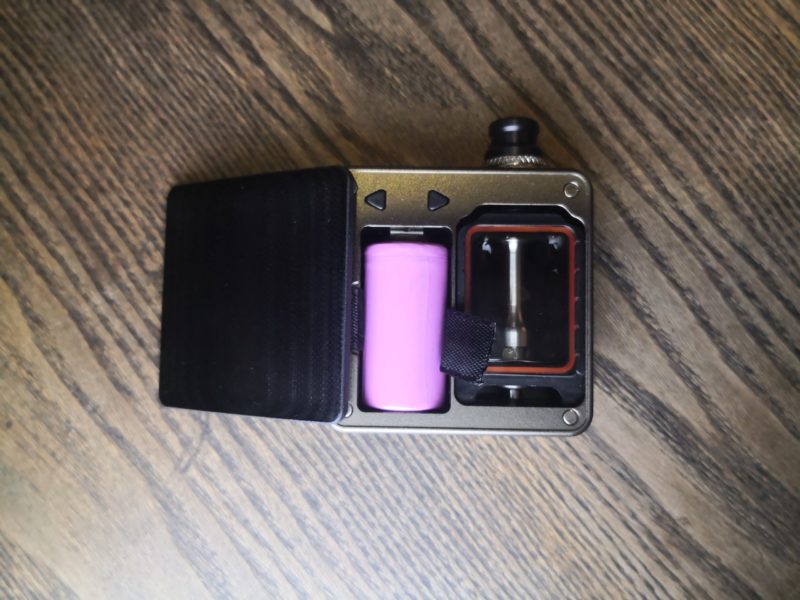 SXK includes 2 prebuilt coils, one of their own, a ceramic unit that slots into the traditional tank and not even worth the time to remove from its packaging. It’s not that it’s bad, it’s pure crap. I primed for 30 minutes and the coil was still bust after less than 2ml. The second coil, a Nautilus BVC coil, slots into the Borro tank. These coils need no introduction, they are as good as it gets for sub-ohm MTL vaping

It’s difficult to cover bridges in detail as they cover such a large scope. Anywhere from DTL to MTL, rest assured, there’s a bridge to suit your style.

The premise of the Bantam Box is simple, give people an option for a smaller and cheaper Billet Box. It may not have the appeal of the real thing, being made in China and all, but it’s built every bit as tight as it’s USA counterpart. The inclusion of a Borro tank means functionality is like for like as well. There’s very little else, in fact, nothing else on the market like it. The Limelight Fifty 50 comes close, but is a full mechanical mod and comes in at a whopping USD170 and for that reason, comes highly recommended.