Nick takes the SMOK GX350 for a spin, a vape mod that runs FOUR 18650 batteries and has a max output you’ll probably never get anywhere near!

Today, we’re reviewing the SMOK GX350, which ships with the SMOK TFV 8 in most instances.

We’ve already reviewed the SMOK TFV 8, however, so today we’ll be focussing exclusively on the mod.

Is the SMOK GX350 any good? Does it trump the Alien 220W? Or are you better off going with something else entirely? 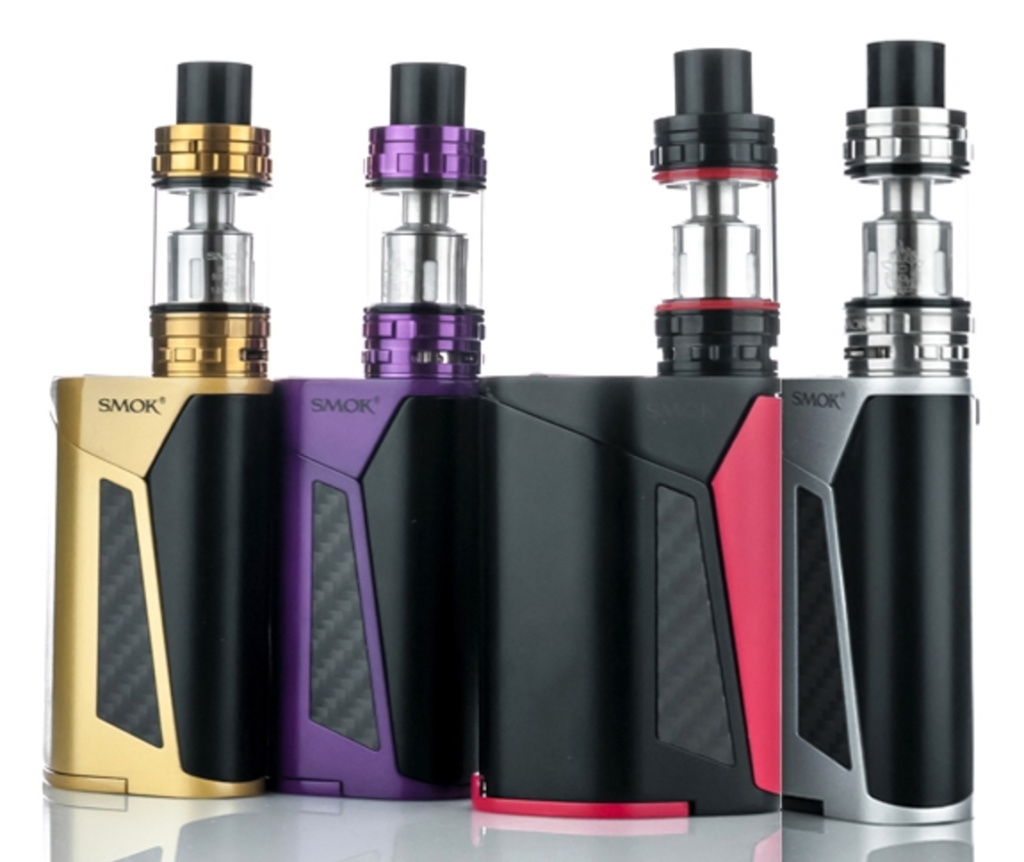 As usual, SMOK’s packing is on point. It looks good, with its flashy design and nice color palette, and ensures everything inside remains nice and safe.

On the side of the box, you’ll find useful information about the mod’s specs, an authenticity code, and some information on the GX350 box mod itself.

Removing the sleeve reveals the black box that has become the staple for all of SMOK’s products. Upon opening the box we are presented with the SMOK GX350 with the Smok TFV8 underneath.

As kits go, this is pretty decent.

The mod looks great and you get a brilliant sub-ohm tank, complete with spare coils.

The only real issue I have with it is that SMOK does not include the RDA deck, which means if you have to buy it separately. 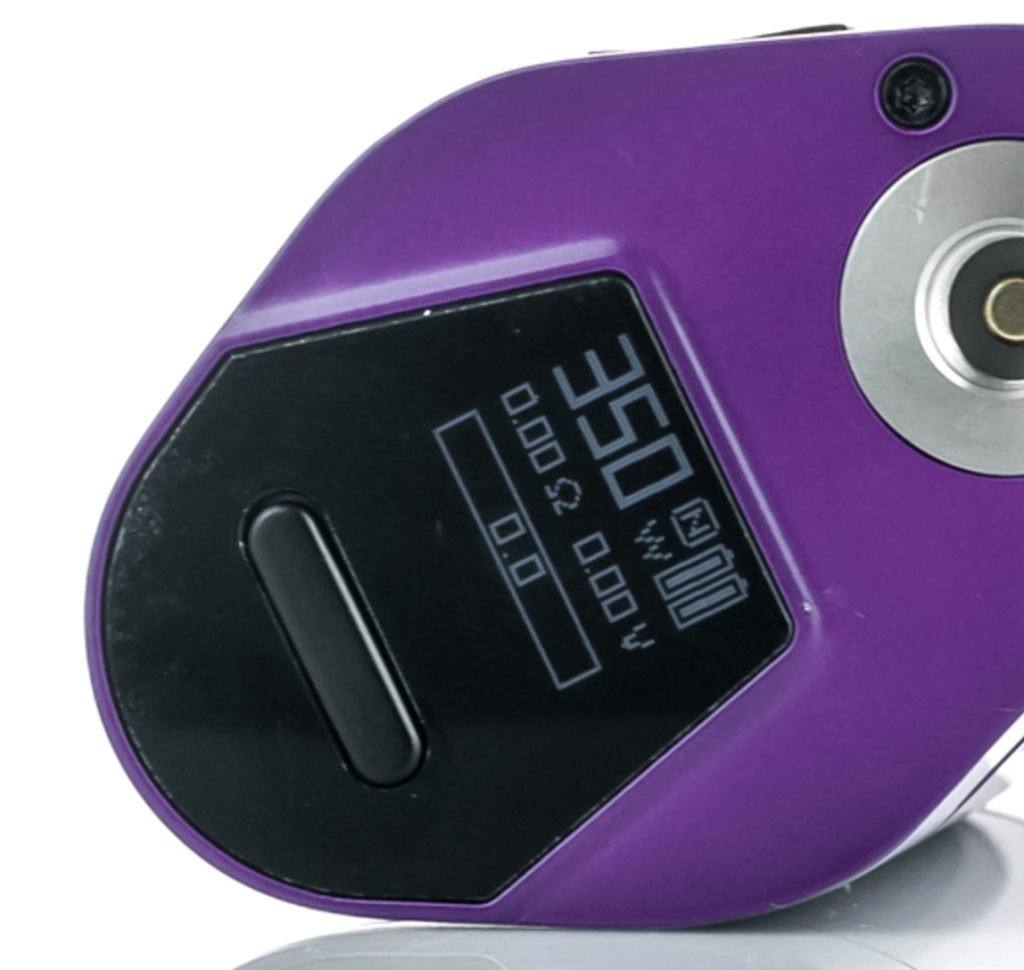 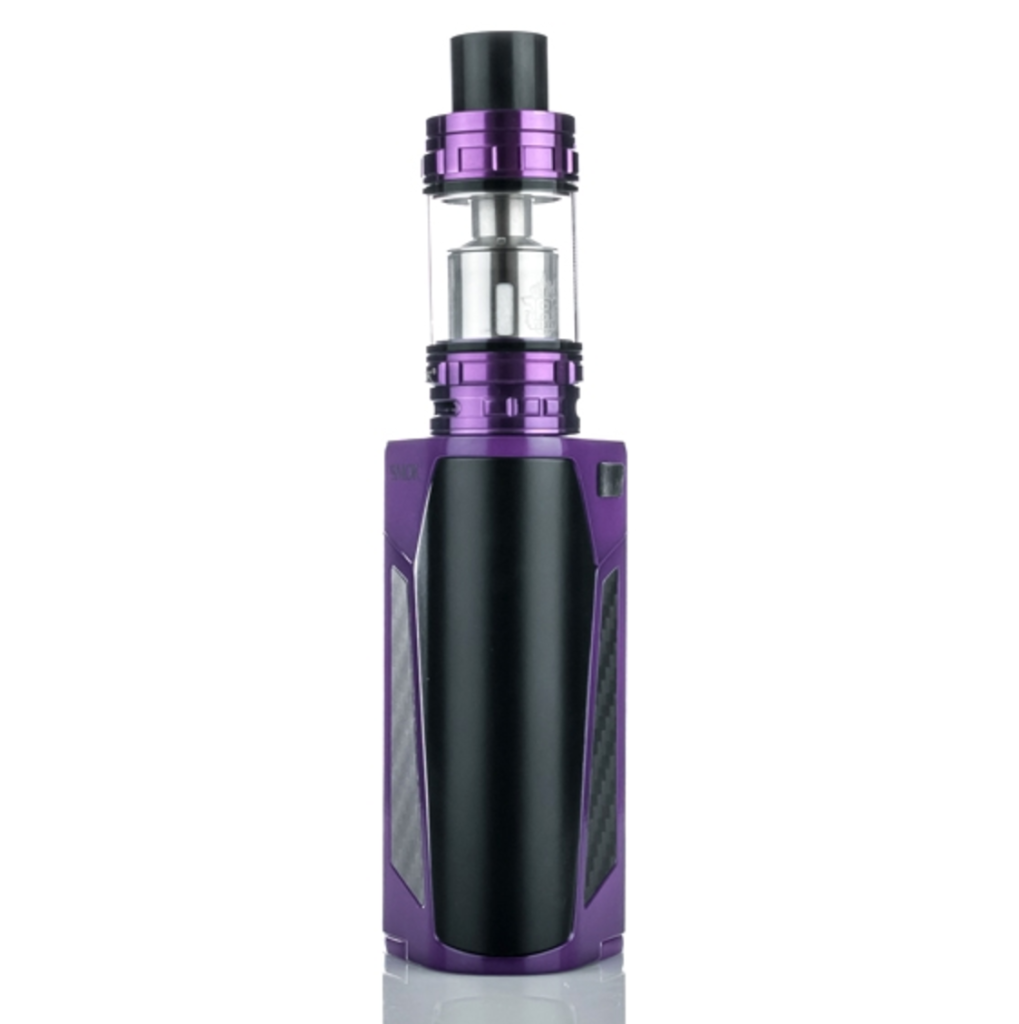 So what about the SMOK GX350 itself?

I really dig the diamond shape with its rounded corners, as it fits great and comfortably in the hand.

The screen is on top of the GX350, which is pretty novel, while the firing bar is on the side and, as you’d expect, is very easy to reach when you’re holding the mod.

The battery door is loose but tightens right up once you put in the required four 18650 cells – that’s right: FOUR!

The 510 connection easily accommodates attys up to 25mm diameter without any over hang what so ever, so this means pretty much any tank – be it an RDA, RDTA, RTA or sub-ohm setup – will sit very pretty atop the SMOK GX 350. 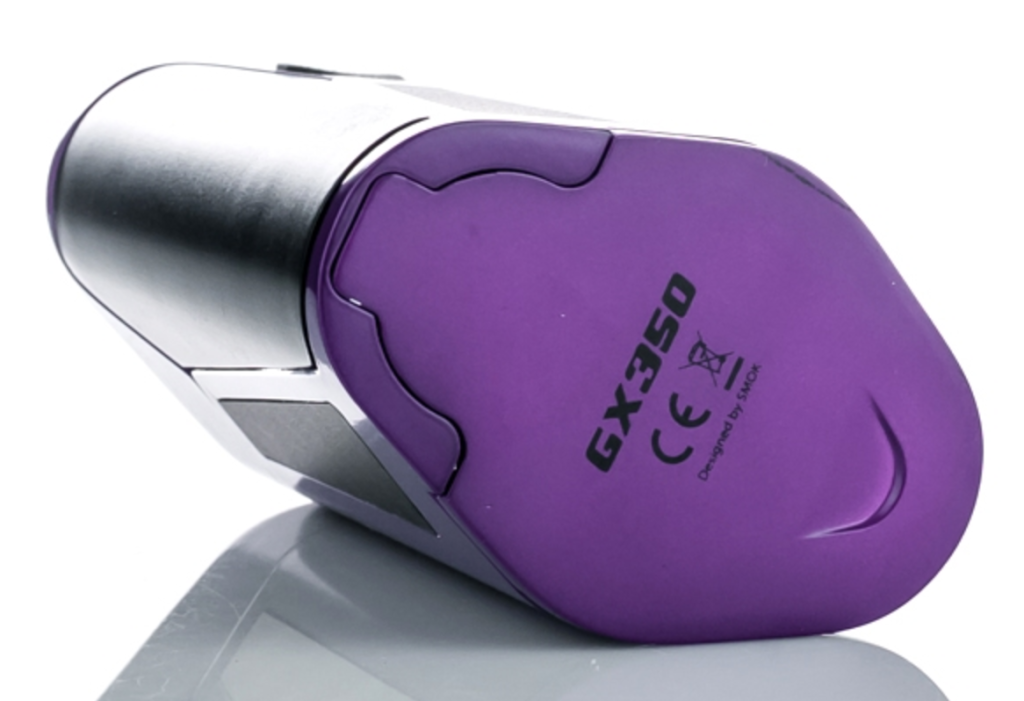 Going over the SMOK GX350 with my fine tooth comb I can say the 510 connection is smooth and the GX350 feels and looks solid.

Par the course really, when you’re talking about SMOK products, though. Especially newer ones.

The Alien 220W mod had MANY issues. But I haven’t experienced any issues with the GX350 while using it.

It’s not perfect though. As you’d expect… 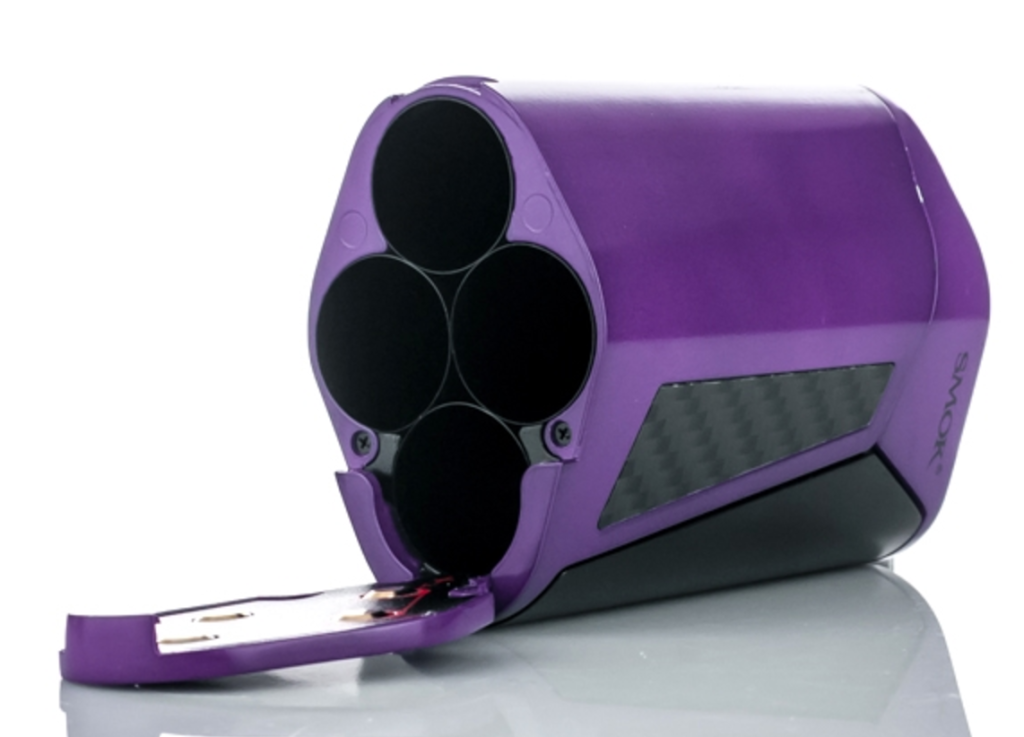 This causes the GX350 to rock very slightly when it’s resting on a table or a desk, for instance.

Granted, this is not a total deal breaker by any stretch, but as a reviewer, it is my responsibility to point out anything untoward.

And this quirk does kind of annoy me.

With four 18650 cells fully charged and put into the device, I loaded up the TFV 8 and powered on the mod with 5 clicks.

Once the coils were primed, I turned up the wattage to 70W, and gradually worked my way up to 120W, using the 0.15 Octuple coil and vaped my face off.

Power delivery is spot-on; there is barely any fire-delay at all.

You hit it and you’re vaping. I got a very solid two days of near-heavy usage from a single charge, which is decent enough in my book. 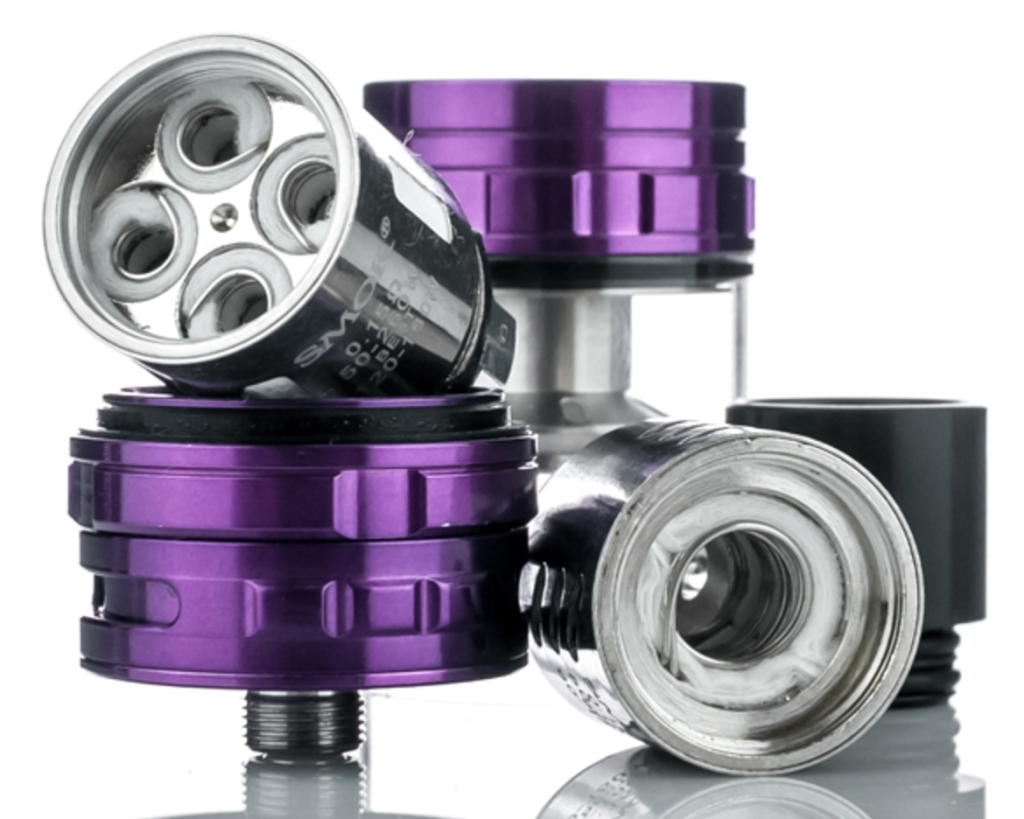 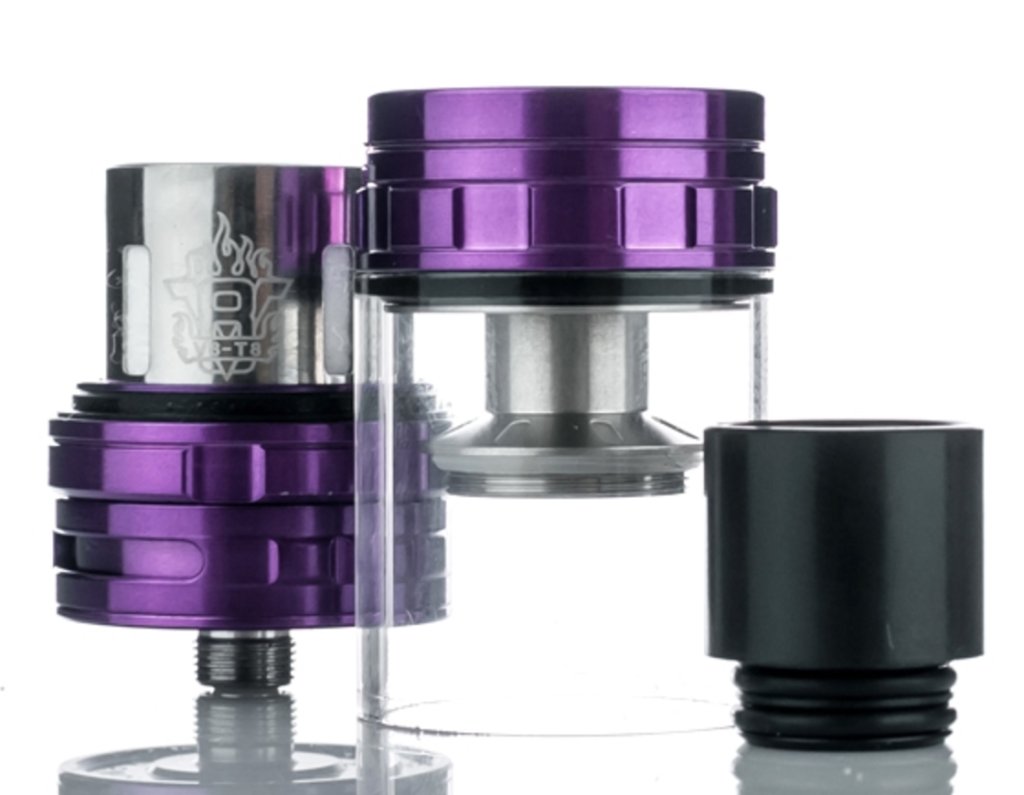 Running in Temperature Control mode was refreshing as the GX350 did TC well.

All the TC modes performed well and passed most of the dry cotton burn test.

Basically, the TC works but it’s just not quite as sophisticated as YiHi and DNA-powered mods, though that’s kinda a given.

The SMOK GX350 does feature a micro USB port, though is ONLY for firmware upgrades (so DO NOT charge it using this).

18650 cells should ALWAYS be charged with an external battery charging unit (I use the NITECORE D4).

At the time of writing, there were no firmware upgrades worth doing, really.

One thing you need to factor in before buying this mod, however, is that it uses four cells – it won’t run off two, for instance, with reduced power.

And this is a bit annoying, as batteries, as you well know, aren’t exactly cheap.

So, technically speaking, to run this mod like any other two-cell mod, you’d need to have EIGHT batteries (four in the mod; four charging) in order to have no downtime.

This isn’t an issue for me, personally, but it is definitely something to consider if you don’t have lots of batteries laying around.

Another awesome option if you want massive battery performance is the Wismec RX GEN3, which runs on three cells.

The GEN3 is newer than the GX350 and, in my opinion, better looking and a more solid all-round performer. 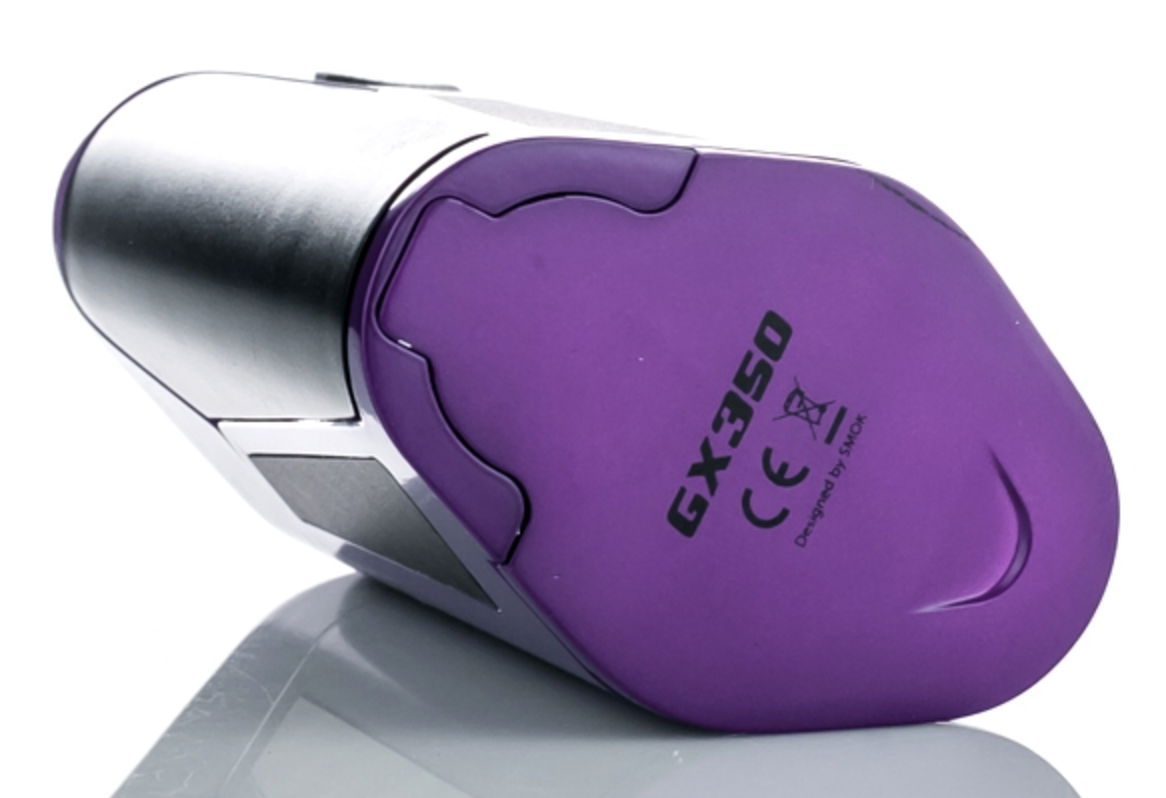