The SMOANT Pasito tries to do A LOT of things all at once, but as a pod system does it actually manage it? Or are you better off with something like the UWELL Caliburn or VooPoo Drag Nano? 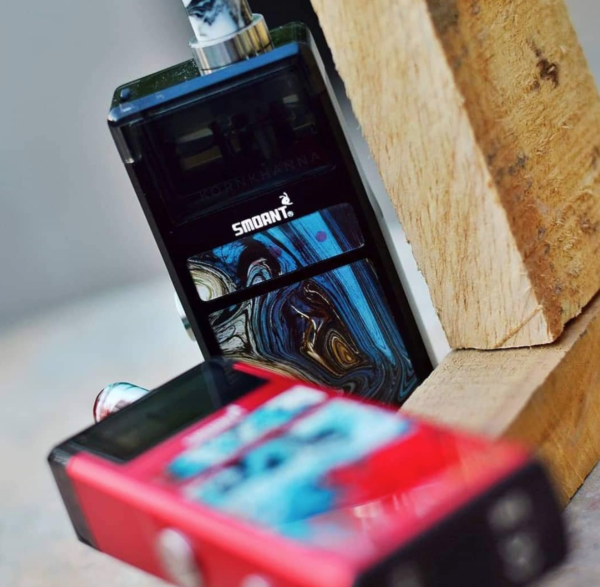 You Can Pick Up The SMOANT Pasito Via HeavenGifts For $35 – The RBA Deck is NOT Included.

TL;DR – The SMOANT Pasito pod system is a great idea. Everybody’s been asking for a rebuildable pod and SMOANT is the first company to oblige, though I suspect there will be many more in the coming weeks and months.

However, for me, the rebuildable element of the SMOANT Pasito isn’t ideal. For starters, you have to buy the RBA separately. Secondly, the deck is so small you’ll give yourself a migraine building on it – it’s almost impossible.

The device itself, which looks similar to the Lost Vape Orion, is made, more or less entirely, from plastic, so while the pictures of it look great, the reality is far less premium. And that’s not good, not when you can pick up the excellent VooPoo Drag Nano pod for less.

Flavor wise, it’s decent but nothing to write home about. The MTL and DTL coils produce average flavor at best, and neither coil head lasts as long as the UWELL Caliburn’s pods. In fact, I got through both the Pasito’s included MTL and DTL coils within a 8 days, whereas my Caliburn will last me weeks in between changes.

Battery life, however, is very good. You have a 1100mAh cell inside the SMOANT Pasito and this brings with it ALL day vaping. Easy. You don’t even have to recharge the device mid-way through when you’re using the MTL coils, providing you run it on lower power settings.

Bottomline? The SMOANT Pasito tries to do a lot but, ironically, fails to do any one specific thing well. The RBA accessory is horrible to install, the flavor on both the MTL and DTL coils is distinctly average, and the device itself, while well proportioned, feels cheap and plasticky in the hand. And for me, this just doesn’t cut the mustard – not when the competition in the pod space is so strong right now.

My advice? Get the VooPoo Drag NANO or the UWELL Caliburn. Or, if you want a rebuildable pod system, hold your horses until someone like GeekVape releases one because the SMOANT Pasito is not a device I’d recommend… 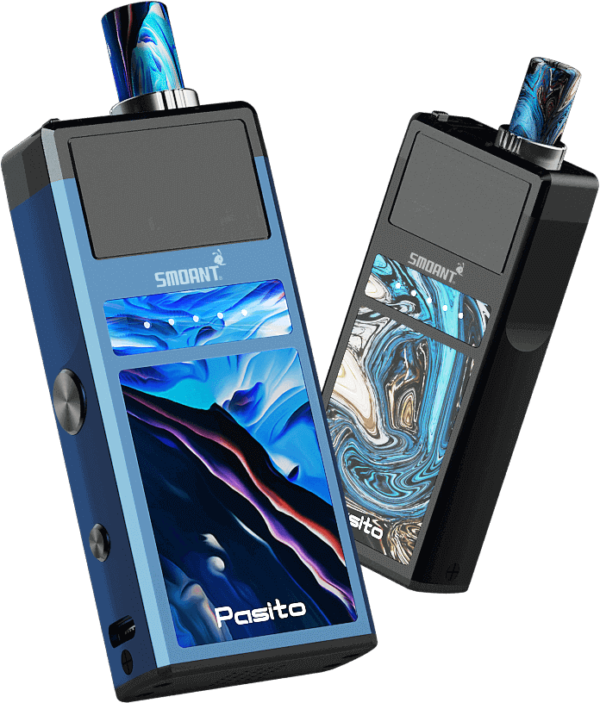 As noted in the TL;DR section, the SMOANT Pasito looks quite a bit like the Lost Vape Orion – or the SMOK Trinity Alpha and GeekVape FRENZY. However, unlike those pod systems, there is nothing premium about the SMOANT Pasito. It’s made from plastic, from top to bottom. Even the resin plates are stickers. And that’s, well… not great.

I like the size and proportions (102 x 38 x 18mm) of the Pasito; it’s easy to hold, dissemble and reassemble, and the filling mechanism is simple enough (you unscrew the drip tip and stick it down the sides). I also like that you can switch power modes; there are five possible settings from 10W to 25W, which you move through by clicking the smaller button below the fire button. 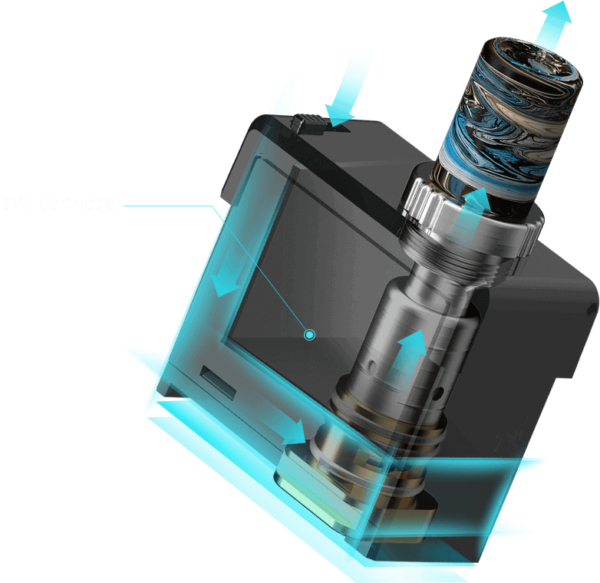 On the top, right-side of the pod, you have an adjustable airflow slot. You move it from left to right to adjust the airflow. It works great, giving you a wide degree of control over the airflow. The AFC is great for the MTL coil too, as you can move between super-tight to semi-restricted, depending on your mood.

The coils slot into the bottom of the pod and are held in place by a golden clamp which connects the coil head to the Pasito’s battery. Installing both the MTL and DTL coils is a cinch; the RBA is nearly impossible to work with, however, on account of its tiny size and oddly position posts. Also: if you have vision problems, the RBA will cause you plenty of issues. I cannot emphasis just how small it is…

I’m a big fan of SMOANT, so when I heard about the SMOANT Pasito, I was super excited. A rebuildable pod system that can also act as a standard MTL/DTL AIO vape device? What’s not to like! Even when I unboxed it, I was still excited – the concept seemed perfect, just what’s missing from the current run of pod mod systems on the market.

But the problems quickly arrived. First, despite priming the crap out of my coil heads, the flavor was muted and flat. This was the MTL coil. I persisted for a few days, but the situation didn’t improve. Next up, I tried the DTL coil. Same deal – OK flavor, but nothing remotely special. 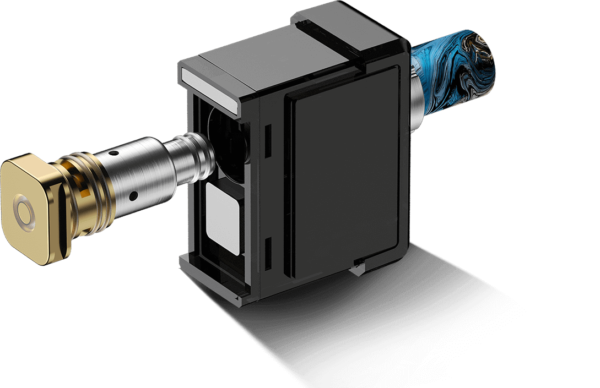 As most of you will know, I’m a big fan of the UWELL Caliburn. And the reason for this is simple: it just works – the flavor is brilliant and so too is the MTL draw. It’s simple and it works. This is why I have used it more or less exclusively for the past three months straight.

On paper, the SMOANT Pasito looks, sounds, and appears to be a vastly superior device than the UWELL Caliburn. But in practice it doesn’t even come close to matching it – not in terms of flavor and the quality of its draw. The SMOANT Pasito has a few tricks up its sleeve, like variable power, but it is the coils that are lacking here. Gimmicks never make up for bad coils.

And in this context, SMOANT’s missed the mark in more ways than one.

Adding an RBA deck option to a pod system is certainly novel, it’s also something A LOT of people have been asking for. Prior to testing the SMOANT Pasito, I was definitely intrigued. Could this pod mod merge the world of rebuildable tanks and AIO vape systems?

It’s a nice thought, but for me the SMOANT Pasito’s RBA deck is a monumental fail. For starters, it is impossible to build on – the deck itself is so small, you’ll need perfect vision to attempt it. Second, you have to bend your leads at an insane angle to get them into the posts. If ever a postless deck design was needed, it is here. 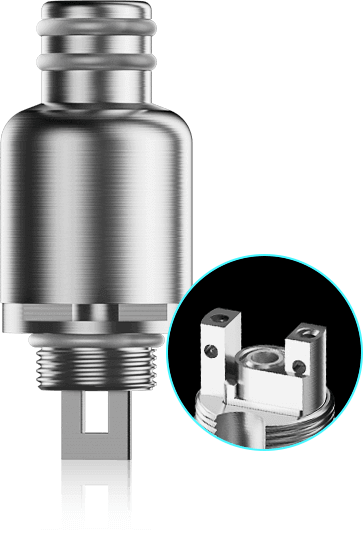 I did manage to get a build installed. It wasn’t pleasant, but I somehow pulled it off, installing a pre-built, extra-small MTL coil. After a bunch of disappoints with the DTL and MTL coils, I didn’t have high expectations for the RBA…

And my expectations were bang on the money. The flavor is muted, worse than the MTL and DTL coil heads, and even with the AFC wide-open, you never feel like you’re getting enough airflow. As I said earlier, this one’s a swing and a miss. Big time.

The SMOANT Pasito excels when it comes to battery life (and so will its successor, the SMOANT Pasito 2). (and so will its successor, the SMOANT Pasito 2).. Inside, you have a 1100mAh battery and, for a pod vape, that is HUGE. With that much power in the cell, you’re good to go when it comes to all-day vaping. Even more so if you keep the MTL coils installed and run it at lower settings. Ramp up the power with the DTL and RBA, and you’ll need to top up the device’s battery at some point during the day.

Should You Buy The SMOANT Pasito 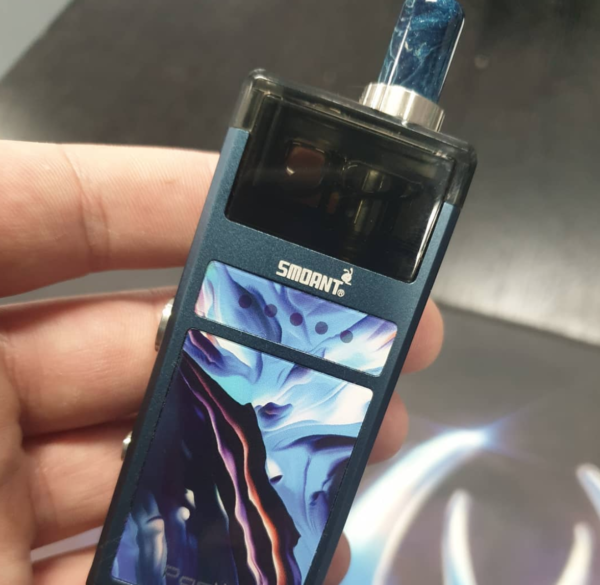 I love SMOANT. I really do. Its one of my favorite vape brands. And I really wanted to love this pod system. But the SMOANT Pasito just is not for me. Nothing worked as I wanted (or imagined) it would and the flavor on ALL coils was mediocre at best…

Battery life is OK, so that’s a plus. But that’s about it. The pod itself feels too plasticky and the RBA is next to impossible to get right. This is mostly down to its insanely small deck which sadly creates more problems than it solves, but also because of the nature of its posts.

My advice? Skip this one and get the VooPoo Drag Nano or UWELL Caliburn instead…

You Can Pick Up The SMOANT Pasito Via HeavenGifts For $35 – The RBA Deck is NOT Included.