Vapetasia is literally one of my favorite E Juice makers on the planet. I could vape its juice pretty much exclusively and be perfectly content.

I’ve often referred to Vapetasia as “desert island juice” – meaning, if I were stuck on a desert island and all I had to vape was Vapetasia, I’d be good.

If you haven’t tried Vapetasia yet, I do kind of feel sorry for you – it’s so tasty, you’re totally missing out.

I was late to the Vapetasia party too, only discovering back in 2017.

But since then, I’ve always got a bottle or two of it knocking around.

The good news is this: Flawless Vape is having a massive sale on Vapetasia E Juice – you can pick up 100ml bottles across the entire range from anywhere between $12 to $16.24 (down from $21.99).

If you like sweet, dessert-based E Juice and custard flavors, Vapetasia is one of the best in the game. 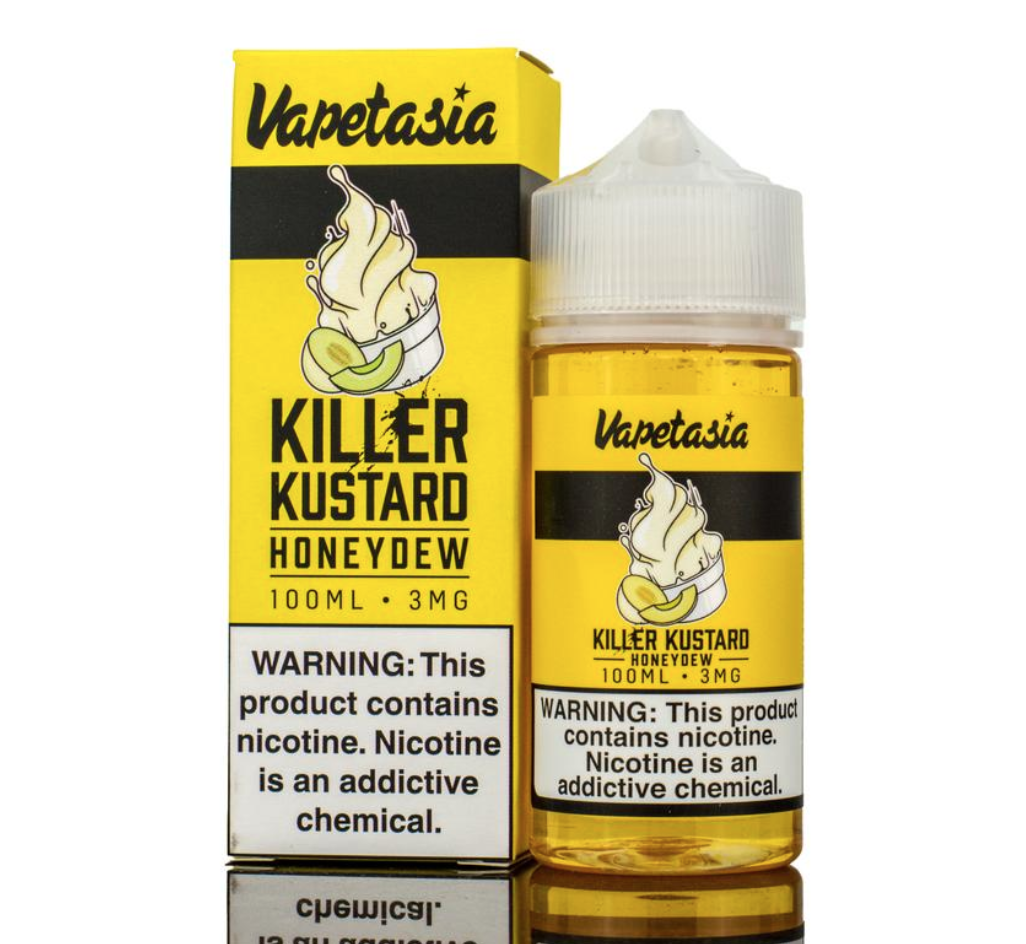 My Love. My Obsession. My Fave Custard E Juice – Click Here For All The Deals

The entire range is on discount, and if you haven’t heard of them here’s a quick breakdown of all the current flavors on offer:

But if you held a gun to my head and made me decide, I’d probably have to say either Vapetasia Killer Kustard Strawberry or Vapetasia Royalty II.