The Great Ecig Conspiracy in America | Millions Are Being Duped…

Instead of championing ecigs and acknowledging the work they have done reducing the number of smokers in the US, the federal government and its “corporate” friends in Big Pharma and Big Tobacco want to destroy it through lies, misleading research, and paid-for stooges…

Imagine a world where no one smoked.

Just think about that for a second: a world free from cigarettes.

Most would agree that this would be a good thing, right?

Billions of dollars would be saved in medical bills and millions of Americans would live longer lives as a result.

Now, imagine a “cure” for smoking landing, a cure that millions of people quickly adopted, liked, and successfully used to stop and stay off of cigarettes for good.

Wouldn’t that be awesome? A cure for smoking that was 95% safer than cigarettes!?

People would rightly call it a miracle of science, looking back on it from the future, around the 2030s, historians would isolate it is the #1 thing that finally managed to rid the world of the scourge of tobacco. 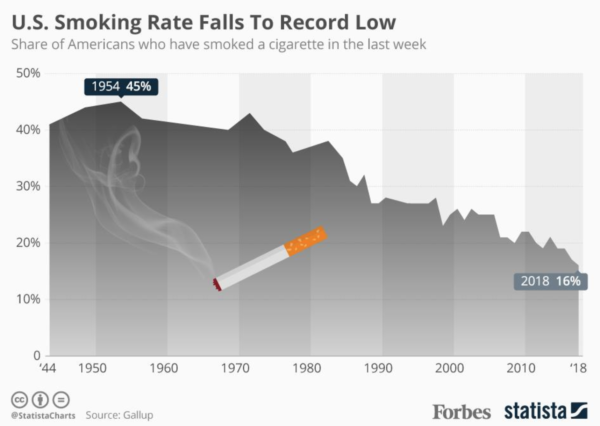 You see, we actually already have this technology. They’re called ecigs and vapes and they’re saving lives every day. Smoking rates are now lower than ever, both in the UK and the USA, thanks to vaping – not the FDA or government.

This would be considered a good thing, you’d imagine.

But you’d be wrong. The FDA is now at war with the vaping industry.

Instead of championing this life-saving technology and acknowledging the work it had done reducing the number of smokers in the US, the federal government and its “corporate” friends in Big Pharma and Big Tobacco want to destroy it through lies, misleading research, and paid-for stooges like Tobacco-Free Children.

Why? To protect kids from nicotine. That’s basically the only official argument the FDA seems to have with vaping. Kids. And they’re not even allowed to use vaping products, so surely this is more of a parental/school issue than a federal one?

I mean, no one’s banning cars because some kids like going for joyrides? Or booze? Or whatever else kids do these days that they’re not supposed to…

The Ecig Conspiracy (And It REALLY Is One…) 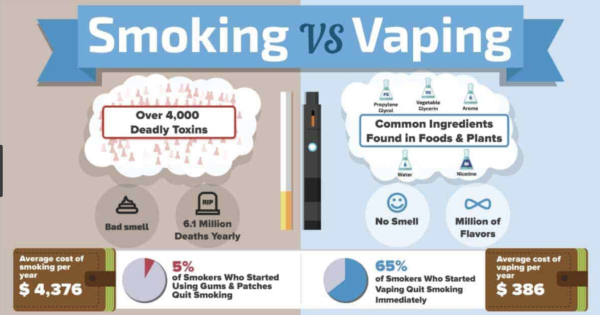 How is this a conspiracy?

Simple: federal and corporate interests are colluding to block, hamper, and stall the growth of a life-saving technology.

If that’s not a conspiracy of the most EPIC proportions, I don’t know what is…

They’re doing it for money too. They don’t care about your kids, your health, or whether you’re making positive choices with your lifestyle.

These same people – the FDA, Big Pharma, Big Food – peddle lies about everything from sugar to GMO and what types of food to eat.

They allow doctors to give meth to kids. They let companies like Monsanto poison our soil and destroy our food. And then they expect you to trust that they have your best interests in mind when it comes to stopping smoking!?

Let’s take a look at the FDA’s “approved” methods for quitting smoking:

Also… In a country gripped by both an obesity crisis AND an opioid crisis, you’d think institutions like the FDA would have bigger fish to fry, right? But look around you: all you see on TV is adverts for drugs you don’t need and food that will (and does) kill you.

The Web of Lies Surrounding Ecigs In The USA

All of the disinformation about ecigs comes from a very small, vocal group of people and institutions. However, the main players are as follows:

And that’s it, more or less. But do not be fooled by their small numbers; the reach these groups have collectively is enormous, including the mainstream media and political, charitable, and scientific bodies.

Want an example of this conspiracy in action? No worries:

She added: “RWJF has an estimated $11 billion endowment while also being responsible for establishing the influential Campaign for Tobacco-Free Kids (CTFK). According to RWJF’s 2017 Form 990-PF full tax filing, CTFK received $2,050,865 from the existing long-term investment of $117 million Minton highlighted.”

And if you need any further evidence that the FDA is lying to you about ecigs, then just look at how vaping is viewed in the UK.

Public Health England has, for three years on the trot, confirmed that vaping is 95% safer than smoking.

Similarly, the UK government is now actively promoting vaping to current smokers in a bid to destroy cigarettes inside a generation. It has even committed to a national campaign to “dispel” the misinformation surrounding ecigs in order to get more current smokers to switch.

That’s right: the UK government is going to war with the FDA’s far-reaching and utterly despicable “misinformation” about vaping.

You honestly could not make this stuff up. The conspiracy is real. The FDA cannot be trusted to regulate ecigs in an impartial manner. It has too many special interests. And this makes it untrustworthy, especially when you consider what’s actually at stake here…

We’re talking about the health of tens of millions of people here.

Time to wake up, America.