Lawmakers are attempting to instigate a state-wide ban on flavored E Juice in California. If passed, Senate Bills 38 and 39, could spell the end of the vaping industry in the US as we know it…

Two bills could be all it takes to destroy the vaping industry in America. The state of California has two proposals in place – Senate Bills 38 and 39 – that aim to ban the sale of flavored E Juice in America’s largest state.

This is the first step towards a complete California Vape Ban – and that isn’t me being sensational. Once they get this flavor ban over the line, devices will follow. And then it’ll be too late for everything.

“I’ve always been anti-tobacco and anti-nicotine and anti-smoking,” said Sen. Jerry Hill, D-San Mateo, author of SB 38 and SB 39. “I remember the first time I had a cigarette. … It was the worst tasting thing in the world.”

He added: “But add a flavor, say cotton candy, to the product, and suddenly it could provide an appeal to younger users, who could then become addicted.”

The Main Problem With The California Flavor Ban 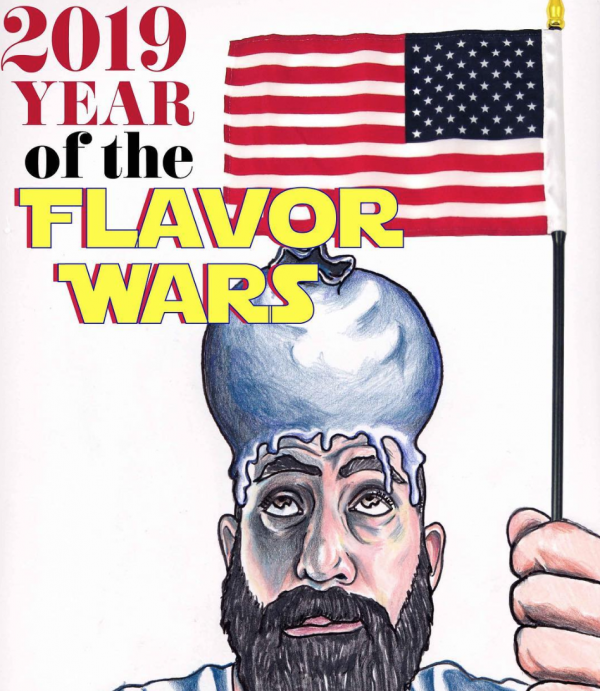 As always, rhetoric is what will push this over the line: “we’re doing it for the kids, it’s for the kids, will somebody think about the kids” – it’s not a new line nor is it even remotely why any of this is happening.

The attack on vaping is about money and control. That’s it.

The FDA and Federal Government could care less about your kids. I mean, they have no problem letting them kill themselves with sugar and GMO and pharmaceutical drugs, so why would they care about something that is proven to be 95% safer than smoking!?

Make no mistake: if these bills pass, the knock-on effects would be enormous and felt around the entire country. What happens in California tends to nudge regulation elsewhere, so if they get these bills over the line you can expect a bunch more states to do the same.

If you live in California, make sure you contact your representatives now and voice your concerns – you can do that here.

These Bills are solely aimed at crippling the vaping industry. They pay no mind to big tobacco whatsoever, despite its products killing hundreds of thousands of people every single year.

Rather than taking the line of the UK, which is using vaping to kill smoking inside a generation, the US is hellbent on removing vital harm reduction products from the market.

And the reason? A made up epidemic about kids getting hooked on JUUL devices.

Remember: this is about rhetoric – repeating the same lie, over and over again, until everybody’s parroting the same statements. Once this happens, you can get away with anything. And the controlling powers in the US have this little PR mechanism down to a fine art.

Killing The Vape Industry In The US Would Cost Billions

The vaping industry is pegged to grow to around $43 billion by 2023. In the US, that means jobs, further reductions in smoking, and more innovation. At least, that would be the case in an ideal world…

But we are now looking at a Prohibition 2.0-style ban on the one thing that actually helps millions of adults quit smoking for good: flavored E Juice.

And the reason this is happening is because of lobby money from Big Pharma and Big Tobacco, two entities that have had their profits destroyed by vastly superior and safer technology. And if you think I’m being sensational here, think about this…

The only thing getting banned by these bills is flavored E Juice. Big Tobacco will walk away completely unscathed, its products still legal, still deadly, and more readily available than alternatives that are 95% safer in comparison.

And the reason for all of this is KIDS!? Pull the other one, guys! It’s got bells on…

Where To From Here?

Ever wonder why you don’t hear about what the UK is doing with vaping? Or how Public Health England has championed vaping as the UK’s #1 tool for killing off smoking inside a generation? Strange you don’t hear much about this in America…

The facts, the science, and the reality of the positive effects vaping have on public health are now well established. They’re just not published in places most people get their information. The FDA knows this and that’s why it is winning. It knows you won’t do your own research…

That’s why you’ve probably never even heard of these pro-vaping studies done by actual academic scientists. Or that in the UK, there is now a national campaign taking place with the sole purpose of dispelling the FDA’s lies and misinformation about the exaggerated dangers of ecigs and vaping.

Adults will still be able to buy cigarettes and tobacco-flavored E Juice in California, however – just not anything that tastes nice.

No fruit or candy flavors, and no “marketing to kids” with eye-catching packaging and/or cartoon imagery – only McDonald’s and booze companies are allowed to do that, apparently.

Don’t sleepwalk into this. Even if you don’t vape, the hypocrisy on display here is truly astonishing. Big tobacco is getting a free pass, while the one thing that has reduced smoking rates consistently in recent years is being ear-marked for an outright ban!?