A story of micro-dosing, the BOOMING cannabis economy in the US, Terrence McKenna and the importance of vaporizers for those that regularly smoke weed

Cannabis, not so long ago, was viewed as a scourge on society.

Hemp was outlawed in the US, despite the country having huge production capabilities for it, and many viewed cannabis, a simple plant, in the same context as cocaine and or heroin.

And this was pretty much the way things worked from the 1950s right up until the beginning of the 21st century.

Cannabis is now enjoying something of a renaissance in modern America, however, following the legalization of it in some states and the rise in popularity of medical marijuana.

Indeed, medical marijuana is BIG business in the United States. 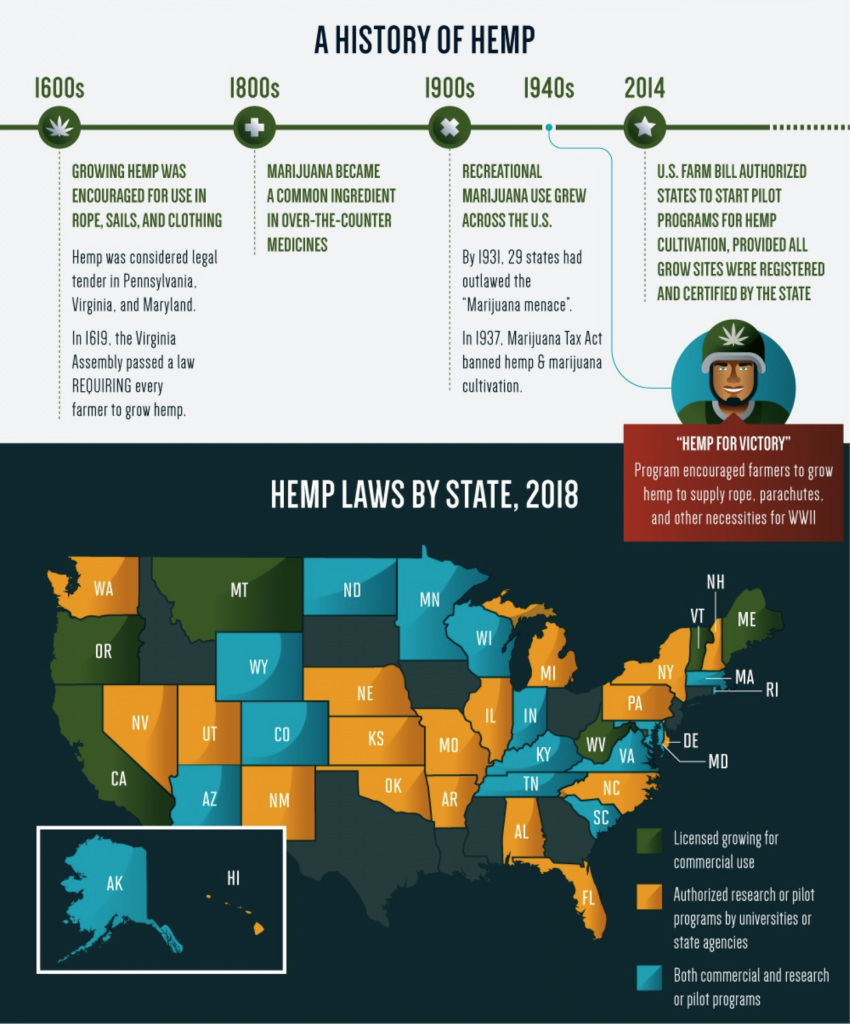 The History of Hemp (Image Source)

Colorado has generated billions in revenue from the legalization of pot; and this, in turn, has helped the state generate jobs and additional revenue which can be used for increased spending on public programs and initiatives.

The cannabis industry, the fastest-growing business sector in the state, also is credited with funding 18,005 direct and ancillary full-time jobs in 2015, according to the report from the Marijuana Policy Group, a Denver-based economic and market research firm that consults with businesses and governments on marijuana policy.

Economic Benefits of Cannabis Legalisation In US

Colorado was the first state to take a progressive approach to cannabis, and since 2015 this approach has paid dividends:

The Marijuana Policy Group highlights the following points as KEY aspects for all states in the United States to follow Colorado’s lead:

How Micro-Dosing Works – And Why Google Employees Do It

Off of the back of the legalization of weed in the US, mountains of research has now been conducted. Before, this was an impossibility as cannabis was prohibited from active research – just like most other drugs.

You might have heard of micro-dosing? It’s basically where you ingest small amounts of a substance, not enough to get you high, but enough for your body to metabolize it, with the idea being you get all the benefits associated with the drug (increased dopamine production, more productivity, better problem-solving abilities) without any of the downsides.

In the case of weed, downsides would be feeling lethargic and unable to perform your job. And with LSD, tripping your nuts off.

Employees in many of Silicon Valley’s biggest tech companies are now micro-dosing LSD.

Why? Simple: they’re working on some of the biggest problems around, and a dap of LSD helps them solve problems and think more creatively.

I’ve heard anecdotally of people using it for depression, seasonal affective disorder, anxiety, OCD [obsessive compulsive disorder],” Burge told Live Science. “With microdoses, the point would be to create subtle changes in people’s psychopharmacology or experience, in much the same way as most traditional pharmaceuticals are used now.”

Terrence McKenna Was Right All Along… 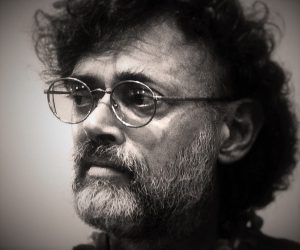 And this is a subject that Terrence McKenna, now deceased, has been writing about and discussing for years: how materials like cannabis and LSD allow humans to really tap into their true potential, harness more of their mind’s creative abilities.

Mr. McKenna was more of a “heroic dose” kinda guy, but his words on the positive effects of ingesting just a bit of cannabis to get the creative juices flowing pre-date the rise in popularity of micro-dosing by decades, as any long-time readers of his works will know.

No other drug can compete with cannabis for its ability to satisfy the innate yearnings for Archaic boundary dissolution and yet leave intact the structures of ordinary society. If every alcoholic were a pothead, if every crack user were a pothead, if every smoker smoked only cannabis, the social consequences of the ‘drug problem’ would be transformed. Yet, as a society we are not ready to discuss the possibility of self-managed addictions and the possibility of intelligently choosing the plants we ally ourselves to. In time, and perhaps out of desperation, this will come – Terrence McKenna

The medical benefits of cannabis are myriad; there are hundreds of applications for its use in modern society, ranging from treatment for pain and anxiety, right down to things like cancer and overall mood augmentation.

We now have CBD oil too, which people can take, without getting any of the high normally associated with cannabis.

With CBD, you’re just getting the non-psychoactive elements of the plant, and the benefits of this alone are well documented.

And yet, with all this documented research and science, there is still resistance to cannabis and CBD.

Why? Simple: Big Pharma doesn’t want you using natural things to cure or treat your issues and ailments. It wants you taking patented pharmaceutical-grade drugs instead.

As marijuana legalization swept the US in November, Arizona was alone in its rejection of legal weed. There, a pharmaceutical company called Insys was a major backer of the successful campaign to stop the state’s recreational cannabis measure, publicly arguing that pot businesses would be bad for public health and endanger children – The Guardian

And, for those of you following the more recent developments in the vape industry, you’ll notice that Big Pharma is once again using the “children card” to make its point. The irony of this, considering America’s growing opioid crisis, should not be lost on anyone.

But this is the way things work in the US: you have Big Government and the people – and neither seem to care for each other very much.

And in between these two groups of segregated peoples, you have lobbyists, action groups, and corporate interests, and inside this slither of reality the only thing that talks and buys power is money.

The Rise of Vaporizers (And Why They’re Essential)

Up until very recently in human history, you had two possible methods of consuming cannabis: eating it or smoking it.

99.9% of people smoked it, and this is bad – noxious chemicals are produced which wreak havoc on your lungs and overall physiology.

A vaporizer, which is a small portable device, cooks the materials, usually via a ceramic oven contained inside it, so there is no burning. Once the materials are heated (not burned), you inhale the vaporized cannabis and get the same overall effect that you would from smoking it – only without ALL the noxious chemicals.

Benefits of Vaporizing Weed vs Smoking

Two studies have shown that vaporizing weed is dramatically healthier than smoking it. In one study, the findings noted that all inhaled matter consisted of cannabinoids with a few trace elements.

Smoked cannabis, meanwhile, consisted of over 111 noxious compounds that included a wide range of toxic elements.

Another study found that people that use vaporizers to smoke weed were less likely to develop and/or report respiratory symptoms and/or diseases.

The main reason, I think, is convenience – rolling a joint is always going to be easier than making sure your vaporizer has fresh batteries in it.

Or, if you do have one and it runs out, you’re going to turn to the tobacco and papers again.

Another is price – a decent vaporizer is NOT cheap. 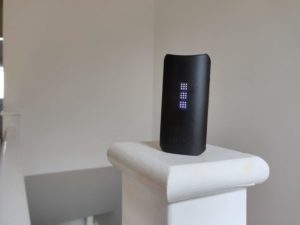 But when you factor in the health benefits of using one, the price shouldn’t put too many people off – it is infinitely healthier and you get exactly the same effects.

Devices like the PAX 3 and DaVinci IQ are considered among the best in the business.

Both of them are included inside our Best Ultra-Portable Vaporizer Guide, alongside a couple of other, excellent options.

I own both and can attest to this, however, you can pick up older models of the PAX for a lot less than the company’s current flagship.

Yes, it lacks some of the features of its bigger brother, the PAX 3, but for $100 less, this should be of no concern.

Both produce excellent flavor and vapor, the PAX 2 is just A LOT cheaper because it is older. 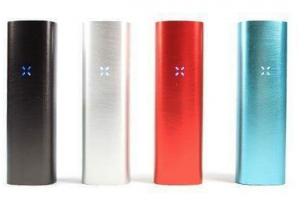 My advice? If you smoke weed, and you’re not using a vaporizer, you’re no better, health-wise, than someone who smokes a pack of cigarettes a day.

The technology is now readily available to make smoking pot safer and easier than ever before.

The more we embrace it, the more the harm associated with it is reduced, and then the case for criminalizing things in the name of public health and safety goes away.

Health, liberty, creativity, and the enjoyment of reality are the only things that matter.

So quit burning things to get high.

The revolution of vaporizing has already begun. And it’s time you joined the party.